GAAAAAAAAAAAH! aka 2014 Adventures in Repacks: Part 7

This morning, a trip to Dollarama was necessary. They'd restocked some Surprise Boxes since my last time there, so I grabbed my first one of the year.

There was one card in here of particular interest to me: 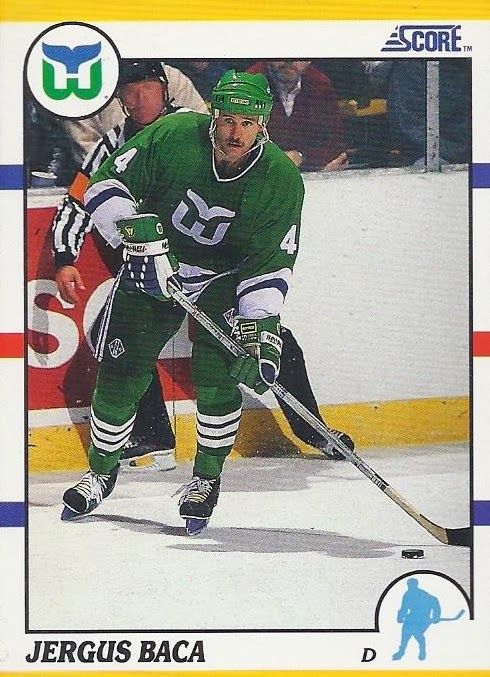 Jergus Baca! A former Hartford Whaler with 10 games to his credit. I always love getting cards of obscure players with only a handful... 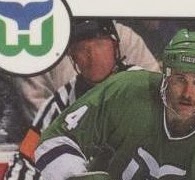 YEGADS! Did that referee just head over to the arena from robbing a bank and not have time to remove his disguise? What the Sam Scratch is that?

I'm sure there's a logical explanation for it. Light hitting at a bad angle. Some sort of issue with the fact Pro Set had cards of referees. Either way, it is a visual I'm sure to store away for a future nightmare. 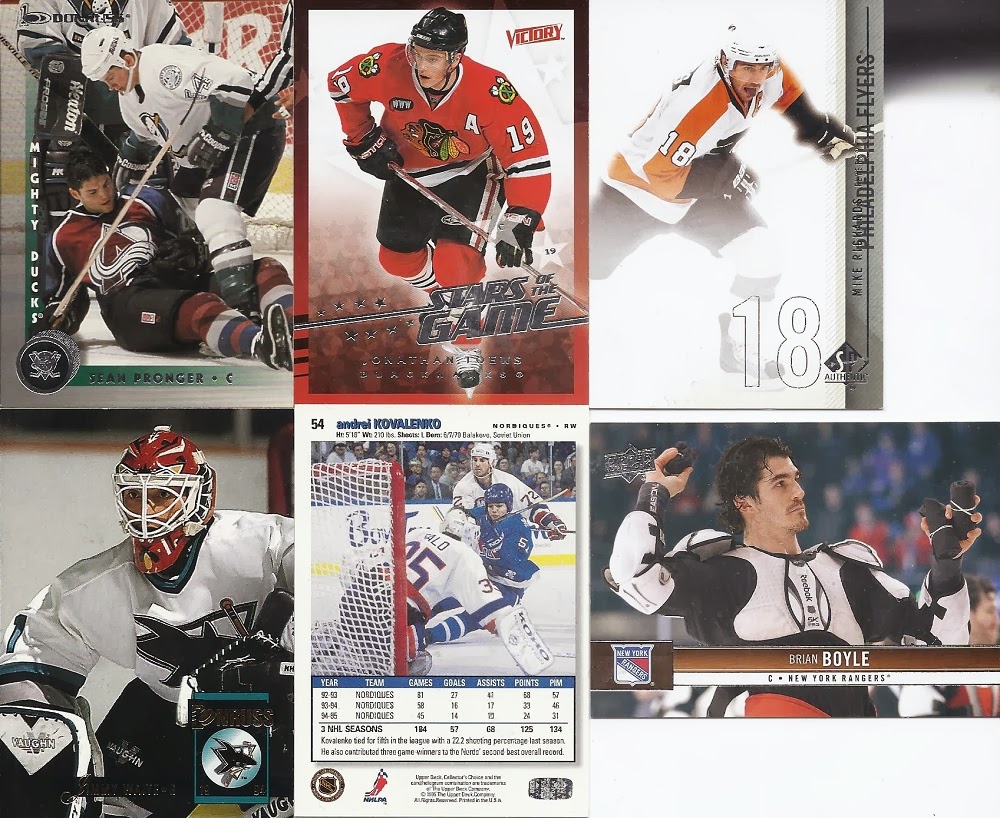 Here's some of the rest of the repack. I've got a forgotten Pronger brother. A nice insert of Toews. There's a new Mike Richards for my Rangers alumni collection and an example of  Goaltending Gallimaufry (TM: Card Boarded). And it is wrapped up with a pair of neat photos.

Some nice keepers. And that's all I ask from one of these.

Posted by buckstorecards at 12:04