docholoday.com lamented a recent trip to Wally World which included an inability to resist the siren's song that was the retail card aisle. There was one card in there that intrigued me, and I dug into my Red Sox collection for a trade. 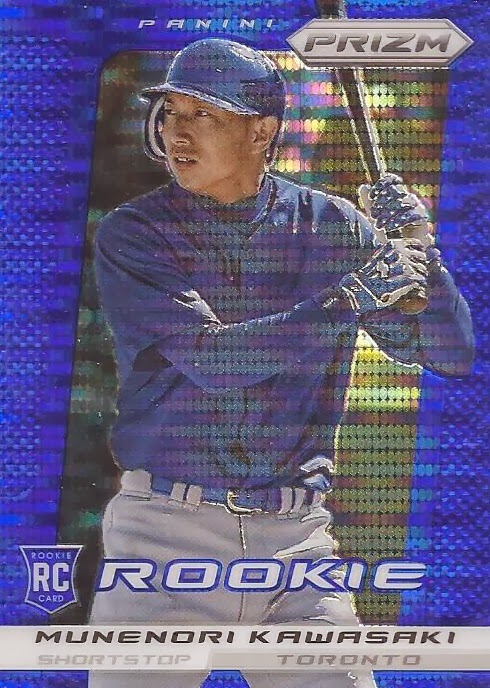 And this was the one that attracted my attention. I was down on Topps for not including a Kawasaki rookie card in Update, but completely forgot about checking Prizm for one. Sure enough, he's in a couple Panini products, though. He's got cards in this, and in Select. Maybe he'll make an appearance in flagship in 2014, after returning on a minor-league deal for '14. 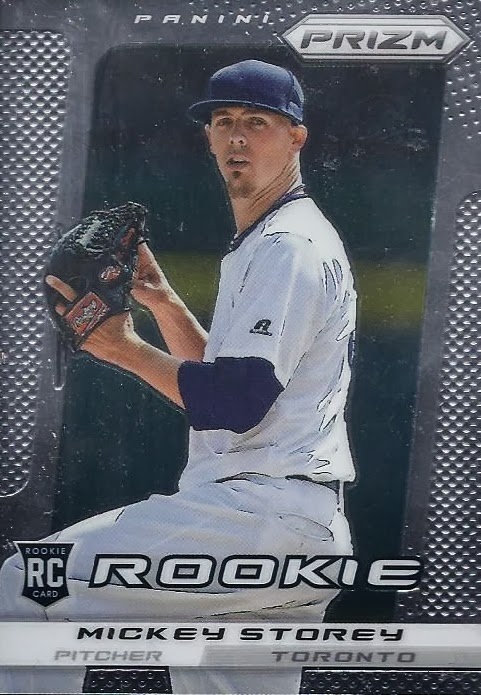 Kawasaki wasn't the only first time Blue Jay in the package. This Mickey Storey was in there as well. Unlike Kawasaki, who has made appearances in WBC sets, this is Storey's debut on cardboard. The only other card of his that I can see on zistle is a minor league card. 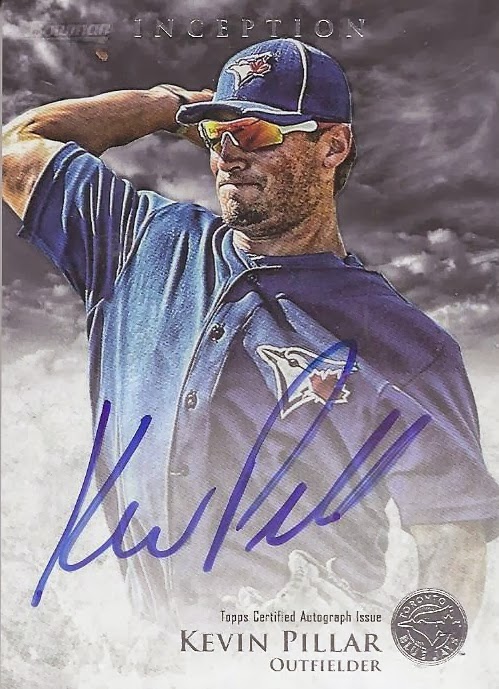 I included a pair of hits in my package, so it is nice to get one in return. It's even nicer to get a Bowman one of a guy who saw a little bit of action in 2013. Legibility isn't too bad in this, although it reads more like his name is Kev Pill. 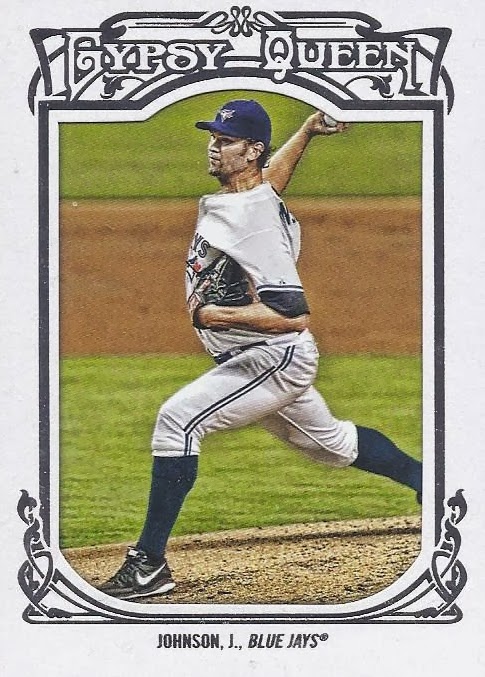 I didn't see any GQ in my usual retail haunts this past season, so now white bordered parallels ended up in my possession. 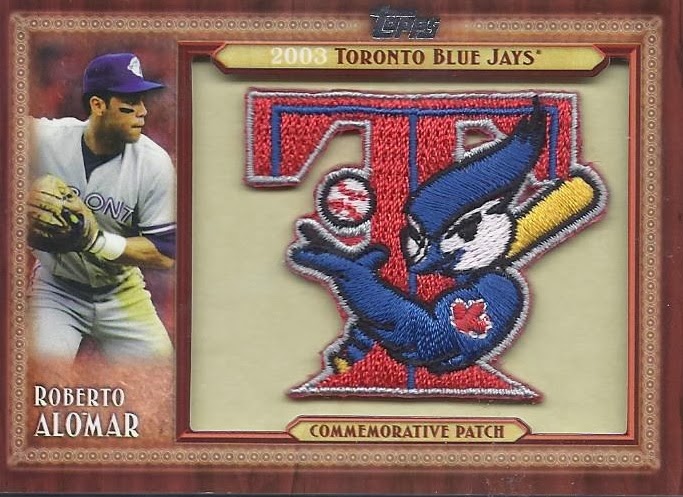 I love Jays and Mets logo-themed manupatches, but why would you want to use the logo from that era, when you've got a World Series winner that can be matched on an Alomar card? Although looking through the cards in the set at COMC, shows that at least they granted Vernon Wells the dignity of the classic logo. I also like seeing the Expos logo on some of the Nationals cards.

And since I started with a nice shiny card... 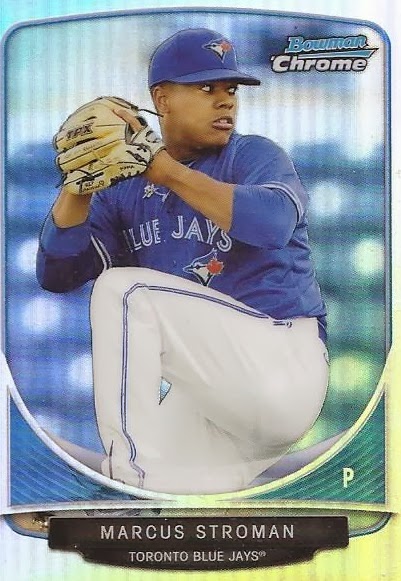 Stroman might have actually made his debut with the Jays shortly after his drafting in 2012. A 50-game suspension put the kibosh on that.

Thanks for the goodies, Doc! Hopefully, my package made it stateside safely.

Posted by buckstorecards at 18:02