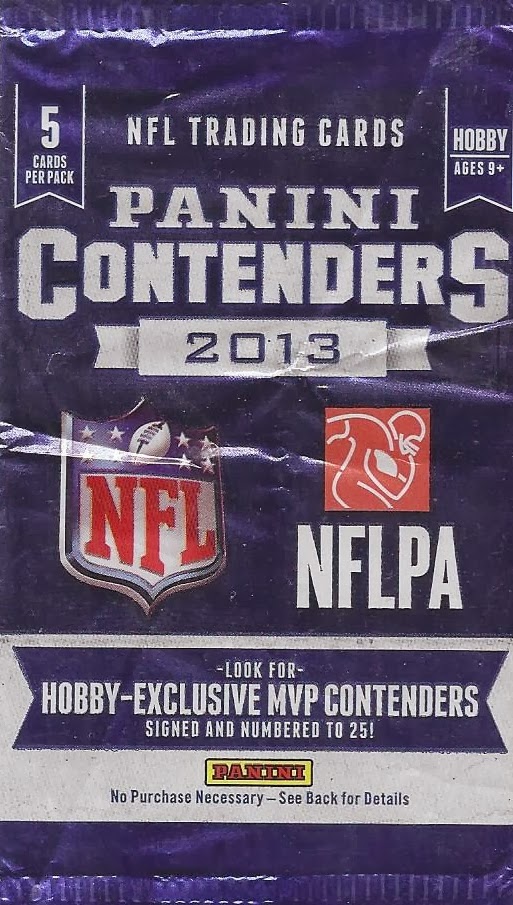 Because I'm tempted to try anything. 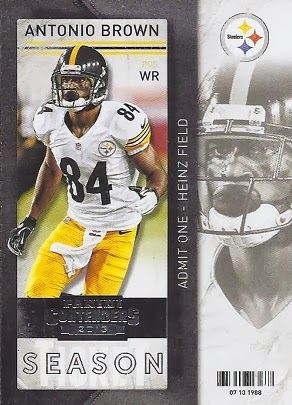 Here's the first base card of the pack. They're staying with the ticket motif once again. Although I do miss when they'd add the stats on the front of the card to make it look like Section/Row/Seat. The numbers below the barcode are the player's birthdate. So, of course, there's no Alshon Jeffery in this set for my 2/14 collection. 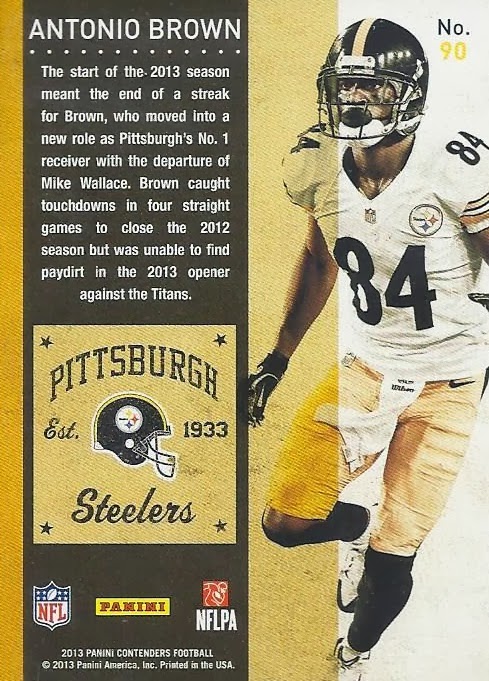 Boy, they really like re-using that image. It's interesting the most complete of the three is on the reverse of the card. 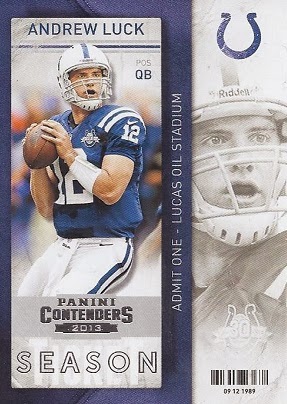 There is a facial expression nobody needed to see a close-up of. 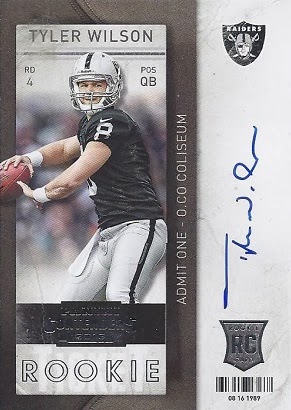 Hey! We have a hit! And it's of someone I've never heard of. At least wikipedia has. He didn't make the Raiders out of training camp, but spent much of the season on the practice squad. He was released again, and is now with the Titans. At least it's an on-card auto. And it is of someone who probably won't have too many hits after this season. I guess that's seeing the glass half-full. 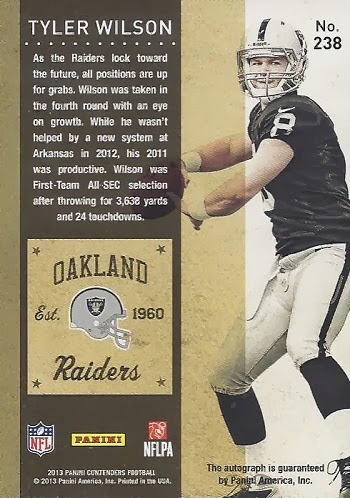 If there are no stars on the back, it's a short-print. This wasn't. 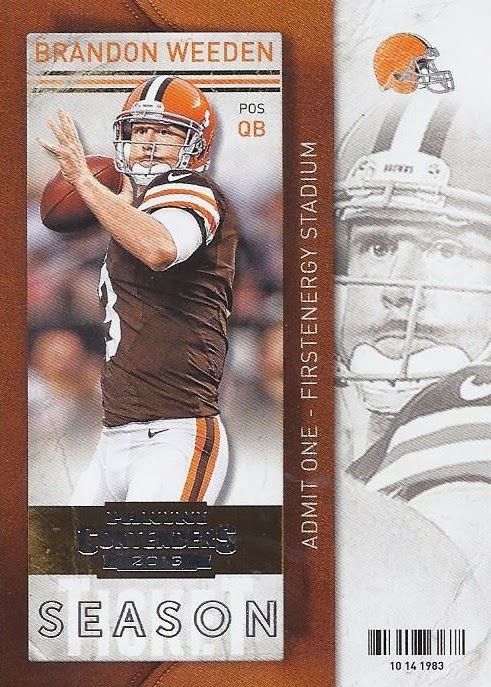 I guess when your base set is only 100 cards, you're going to get every starting quarterback. 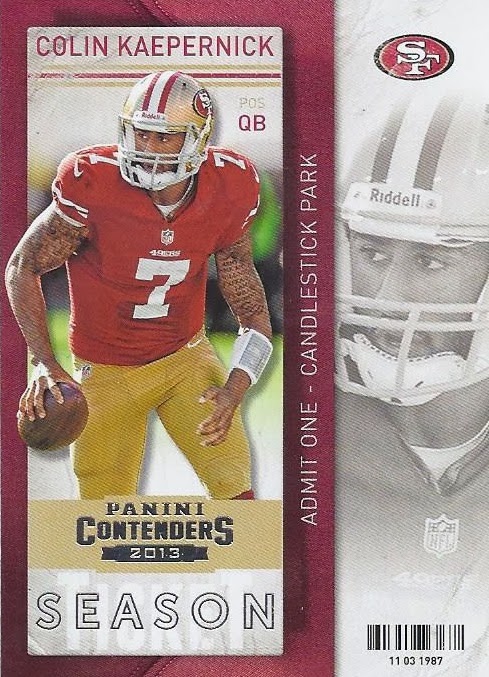 Case in point. At least I pulled one guy who still has a season left.

The hit keeps this from being a pack of regret.
Posted by buckstorecards at 13:53