The mail carrier was very good to me on the last day of 2013, dropping off 3 packages. 1 was from ebay, 1 was a sportlots package and the final was a trade. The first two weren't too large, so I'l going to open with them. 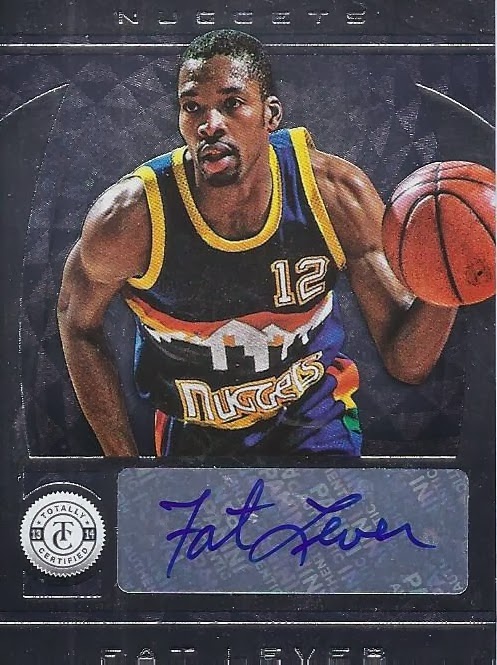 I've mentioned in the past that I'm a sucker for nice penmanship with autographs. I'm getting closer to making a decision to get a small binder going devoted to autographed cards with nice penmanship. Here, every letter in the signature stands out clearly. Usually, it is the retired guys who you are more likely to rely on to have a nice, clear auto. Although there are a few exceptions, with Doron Lamb, Patrick Beverley and Nate Wolters all being current guys with clear ones in NBA-land. There's even a bonus here as we also get to see the classic Nuggets cityscape uniform. What more could you ask for in an hit? 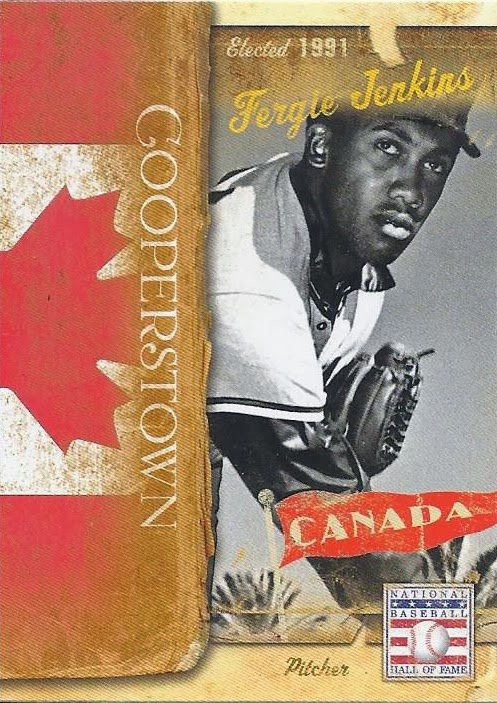 This was one of the cards I was really hoping to see when I picked up that Cooperstown box. Alas, my two international parallels were Bert Blyleven and Tony Perez. So, this one went immediately on my want list right afterwards. I saw this, saw the same seller also had the Fat Lever auto and, through the power of combined shipping it wasn't as costly as I thought it would be. As the only Canadian in the HOF, it's a natural that he'd be featured in an international themed insert set. 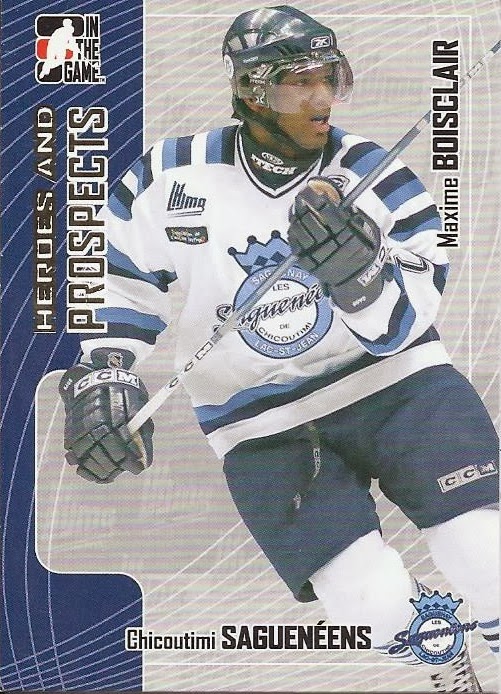 Off to sportlots, and a new face for the 2-14 binder. Maxime Boisclair never made the NHL, but did put up some pretty decent numbers in the QMJHL, thus earning a spot in ITG's Heroes & Prospects set. Aside from other local sets, this card, and its parallels are the only card he has from his playing days. Now here's someone that's a little more familiar for the 2/14 crowd. Alshon Jeffery made the highlight reels several times this year with the Bears, and combined with Brandon Marshall helps to form a two head monster of a receiving corps with the Bears. This card moves him into double digits territory, and he's the first non-QB to make it there on my football list. With a season like he just had, he should be in a lot of sets in 2014. 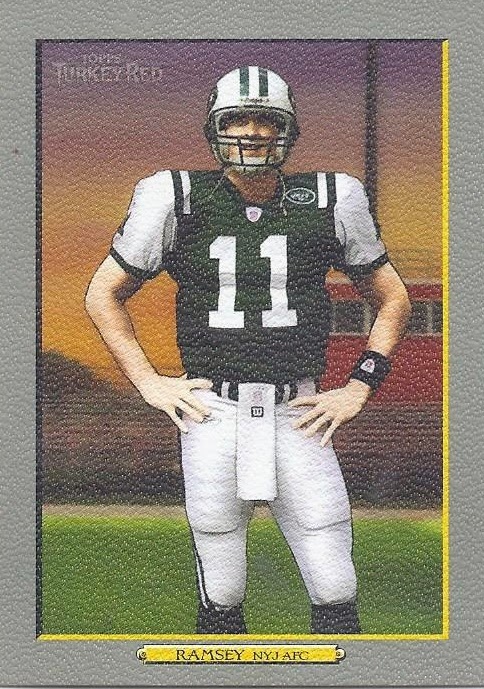 And here's my first of Patrick Ramsey as a Jet. All my prior cards had him in Redskins colours.

Posted by buckstorecards at 05:36