One via a zistle trade, the other via listia. 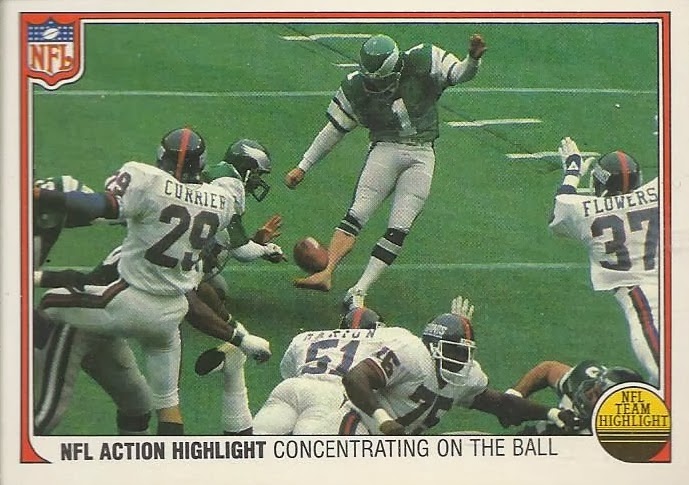 This is the zistle one. Actually, this was more than just this one card in the trade, but this was the one I really wanted. It highlights one of the odder/tougher players in NFL history. Odd because not too many kickers opted for this way, and tough because barefoot kicking in a northern climate didn't feel too good on the toes. How Rich Karlis did that while in Denver is beyond me. The player here is Tony Franklin, and this does appear to be the only card of his that shows his kicking motion. There are cards of Mike Lansford and Karlis kicking in this manner, but this is the first one of these for my collection that aren't in sets. 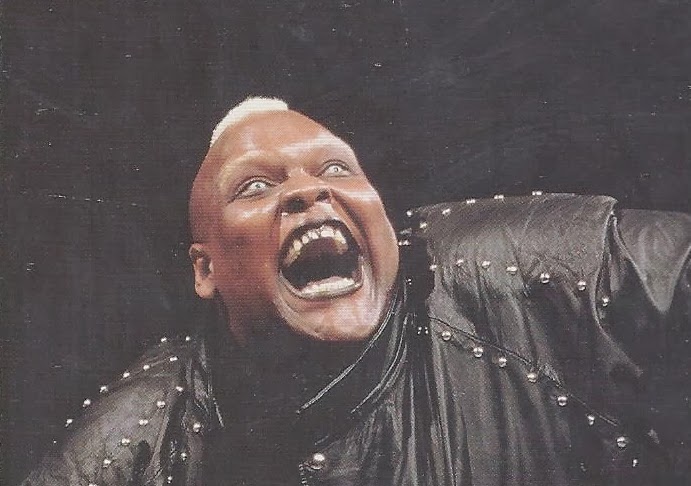 And, via listia, this is my second card of the largest member of the 2/14 binder, at least in terms of girth, Viscera. aka Big Daddy V. aka Mabel. aka Nelson Frazier. He's also the only person outside of the four major team sports to move beyond having only 1 card.
Posted by buckstorecards at 13:11