I was able to do some significant damage to my Raptors Franken-set on Black Friday. The benefit with this is that I could see the cards to confirm they were actual Raptors cards, as opposed to "Traded to:/Signed by:" cards. With the sale, they weren't that much more expensive than they'd be through Sportlots, and with free shipping, they probably were cheaper. 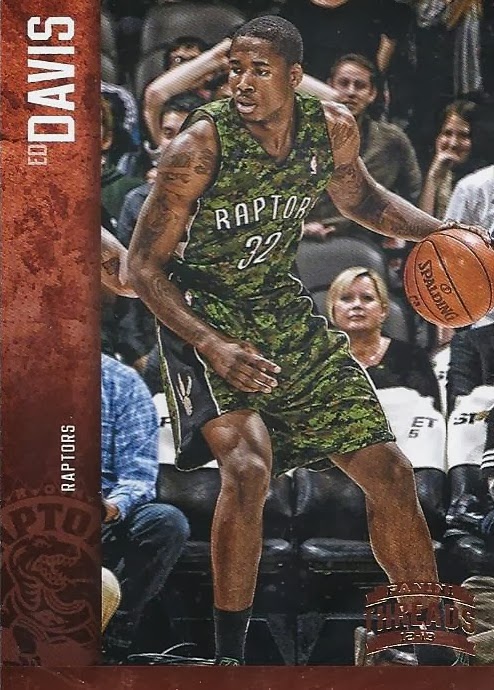 Ed Davis was not a Frankenset need. This was more of a want, and I wanted it due to the jersey pictured. The past season several years have seen the Raptors dawn camo uniforms for their home game prior to Remembrance Day. Ed Davis was traded last season as part of the trade that brought on Rudy Gay's short stop in TO. 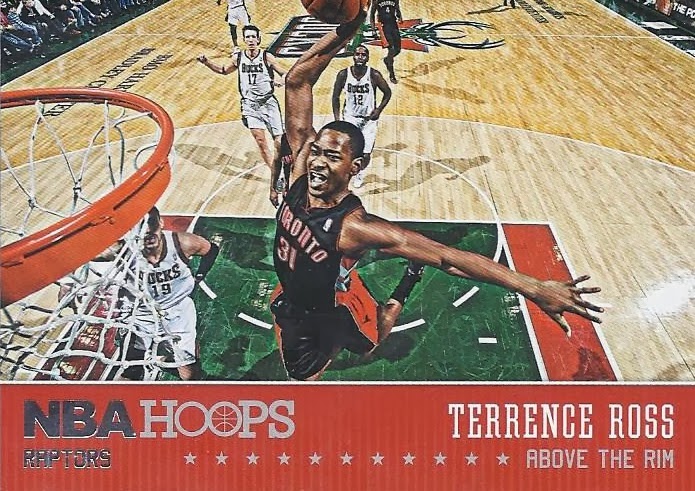 I bought several jumbo packs of Hoops - enough to put me within a couple cards of wrapping up the set. Not only did I not pull this card, I didn't pull any from this subset. Maybe they're retail only? Anyhow, I wanted to add this dunking card of the reigning Slam Dunk champion. He's also leading the Raptors in 3pt shooting percentage. Maybe he'll go for two titles at the ASG. 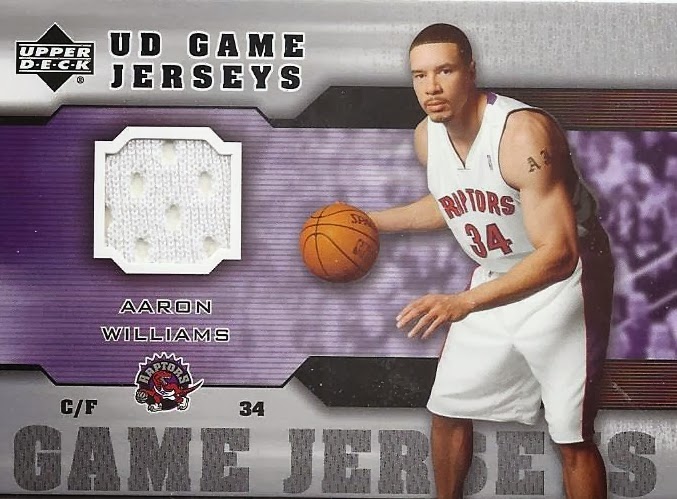 While Ross and Davis were both well represented in my binder, there were some that will finally get added. Aaron Williams is one. It was strange that with the sales, this relic was only a penny more than his cheapest Raptors base card. Might as well get the hit. Even though this is a Nets swatch, I can't say I care much. 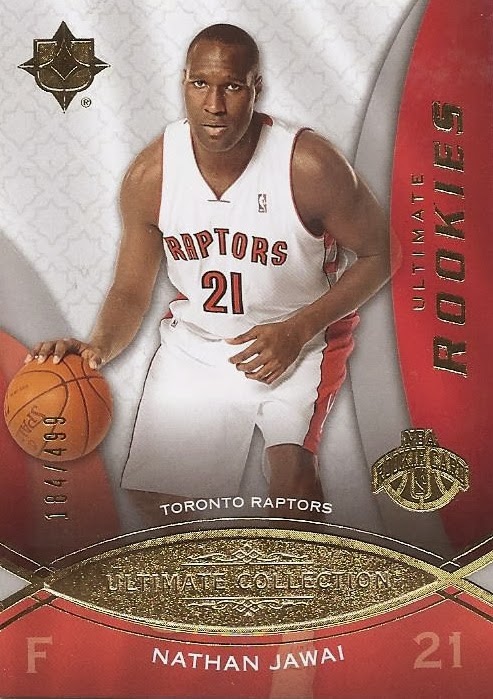 Nathan Jawai had a short-lived tenure with the Raptors - appearing in only 6 games. This is his only card from his career. zistle, COMC and even ebay can't turn up any other one but this. He and Maceo Baston (who was part of a  trade that brought Jawai's rights to Toronto) are the only ones that I can tell that only have one card, and that's their Raptors card. Dwight Buycks might be another one, as he's only get a card in Totally Certified this season, and has just been sent to D-League. Although there are the various parallels. 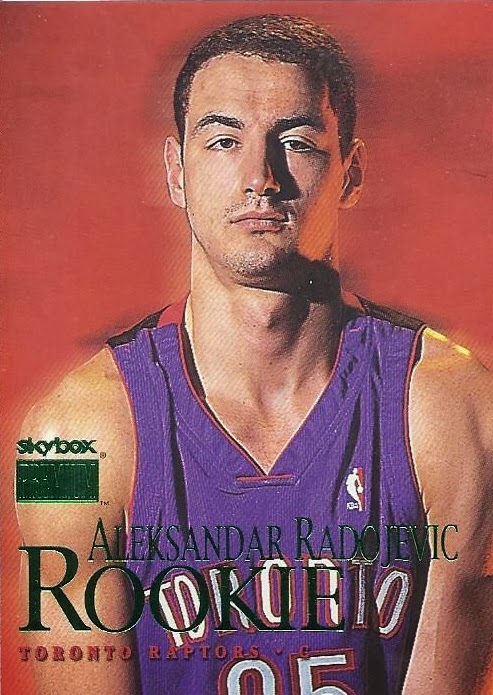 At 7'3, Aleksander was the tallest Raptor in team history. He played only 3 games for the team, although he did have a major controversy from his college days

And another group of cards disappear from the box.

Posted by buckstorecards at 08:54