I keep these trades up, and eventually I'm going to run out of titles for them. I've already shown one card, but there were many more. Too many for 1 post, so I'm splitting this into a non-baseball and baseball recap. 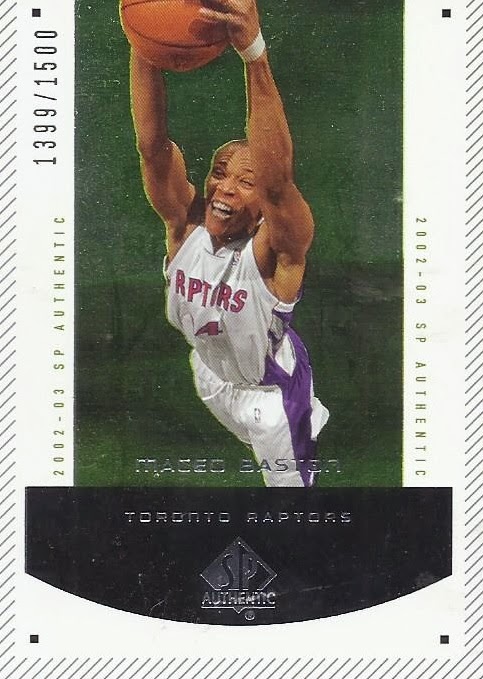 The biggest surprise in the envelope was this card of Maceo Baston. That's because not only is this Maceo's only card, but he is a Wolverines alumni. He made two short stops in Toronto, several years apart for just more than 30 games. It's always great to knock off an obscure Raptors alum from the wantlist. 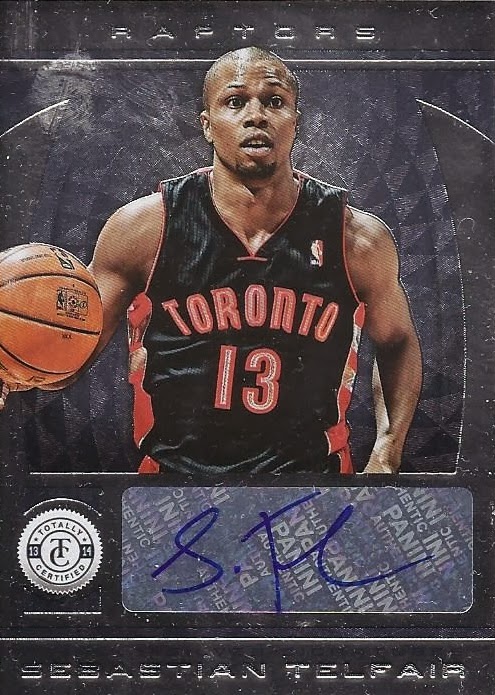 What's in your COMC cart is a question I commonly get asked when trading with TMM. This was another one from my wantlist. There are two Raptors in this year's releases for whom their only card is an autographed hit. Telfair was one, and Mickael Pietrus is the other. Telfair only played a handful of games for Toronto last season, and is now playing in China. 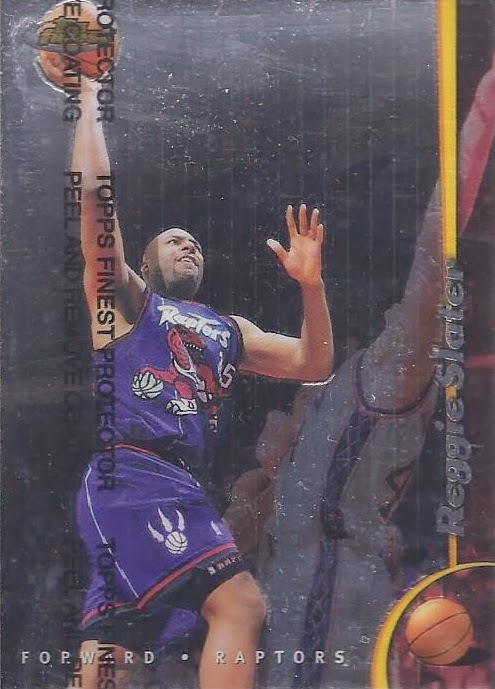 Here's another Raptor that disappeared from the Frankenset wantlist. 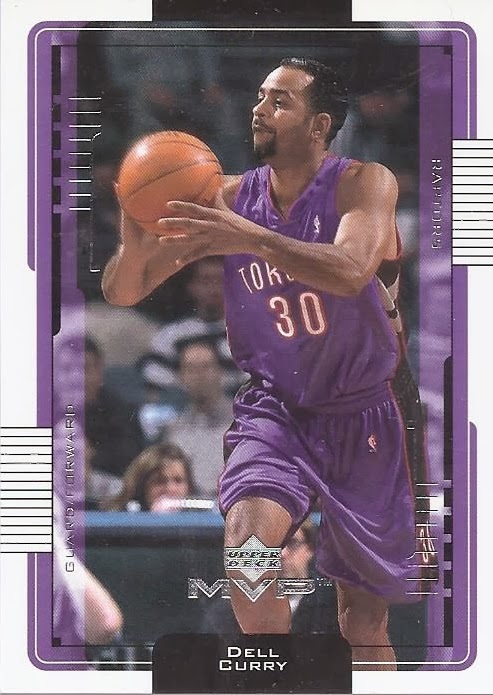 And yet another. Dell actually spent 3 seasons in Toronto, but still only got a small number of cards from his tenure here. I doubt it reached double digits.

Surprisingly, hockey was probably the smallest portion of the trade. I showcased the Claire Alexander earlier this week, and here are the other two, both destined for the 2/14 photo. I got the base auto of Kozlov in a previous trade, and here's his the gold parallel. All I need is the non-auto base for a rainbow! Milan Hejduk's rookie card from Upper Deck sits on the right. It was yet another card that dropped off my Top 10 list.

And yet another Steve McNair card sits on the left. Just because it can act as a great segue into the football portion. 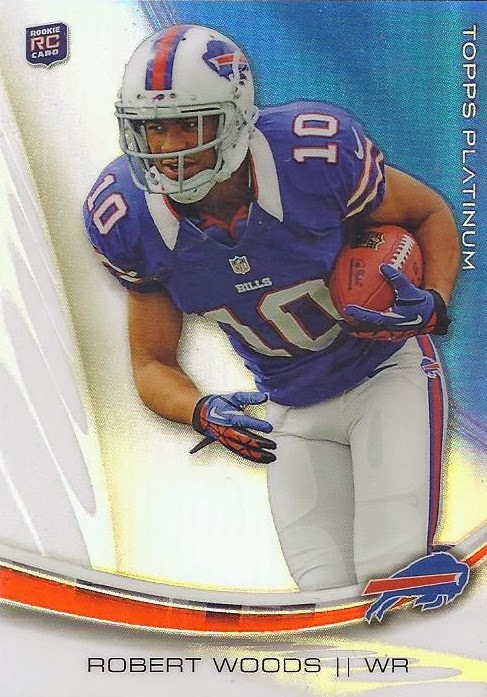 How about a nice shiny start to Bills collection? A nice shiny rookie start. It's nice to have a WR that you actually like seeing the ball heading in the direction of. 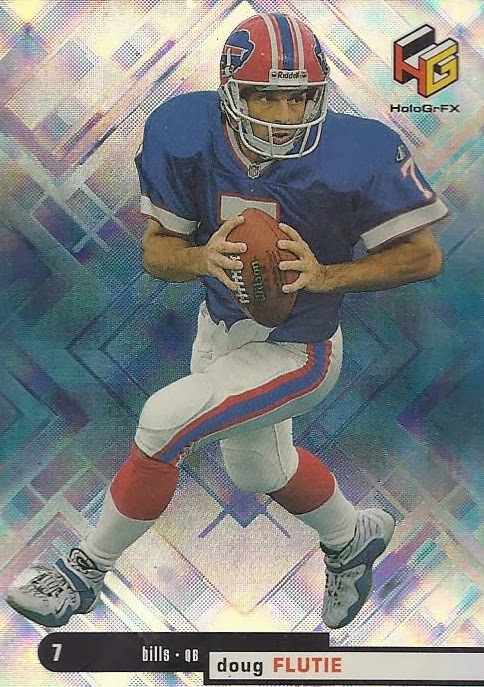 And if that isn't shiny enough, then this Doug Flutie certainly is. 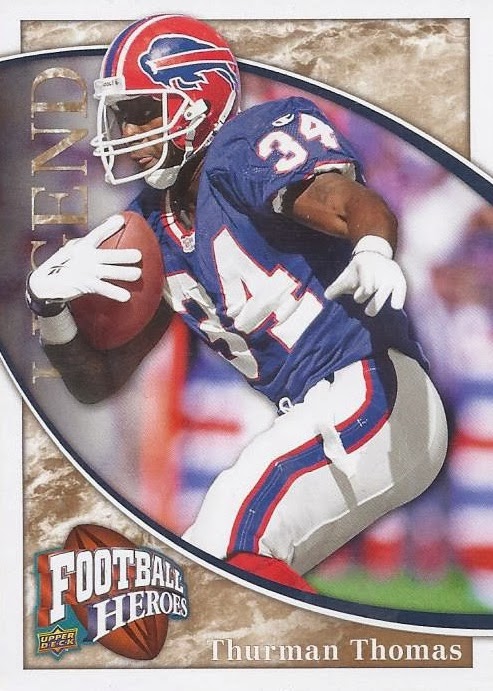 And yes, Thurman certainly is a legend. 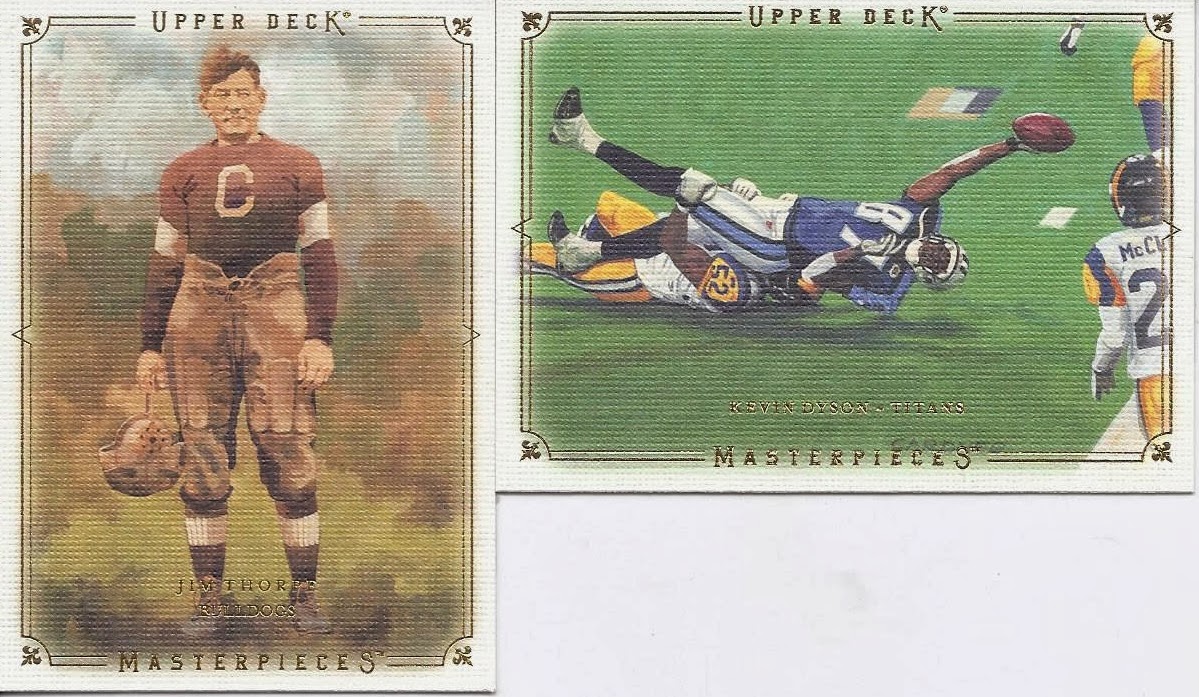 And to wrap this one up, a couple of Masterpieces headed for my misc. football binder. It's interesting to see the player who failed to accomplish the goal highlighted on a card, so the Dyson is definitely an interesting addition in that regards.

Thanks for these, and thanks for those that show up in a post tomorrow, Dennis!
Posted by buckstorecards at 13:19