Time to catch up on some mail that has come into my humble abode over the past week. I've received a pair of trade envelopes, as well as a COMC package. One card from the latter has made an appearance already, and the rest will in the order they showed up. So, first up is a trade that didn't cross international borders.

CS contacted me with an available Sens card that I was interesting in adding to my collection. So, I found a random array or Redskins, Rockies and Roughriders, and sent it off. 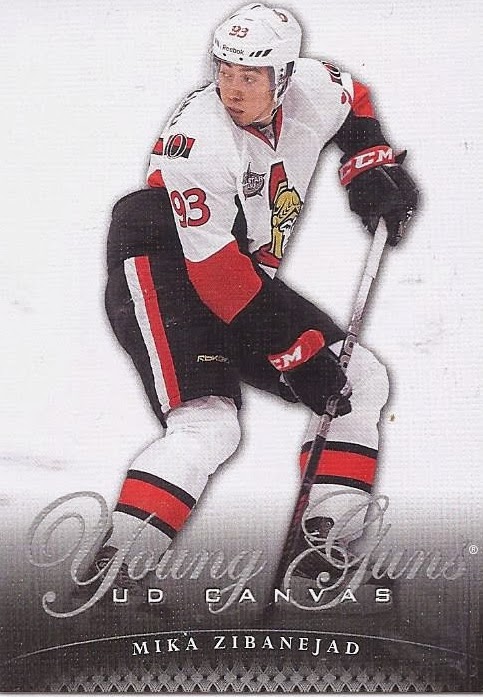 I've definitely been showing a lot of Sens cards over the past week. Here's another one. It's my 3rd canvas card of a Senator,. Unlike the earlier two, this one probably isn't top 50 worthy, but it is a nice one and also a Young Gun variant. My main beef is that the Canvas cards seems to offer different photos, while this one is quite similar to the regular YG card.

I often send extra cards I come across of Washington QB Robert Griffin III. So, the kindness was returned this time with an appearance of another QB. 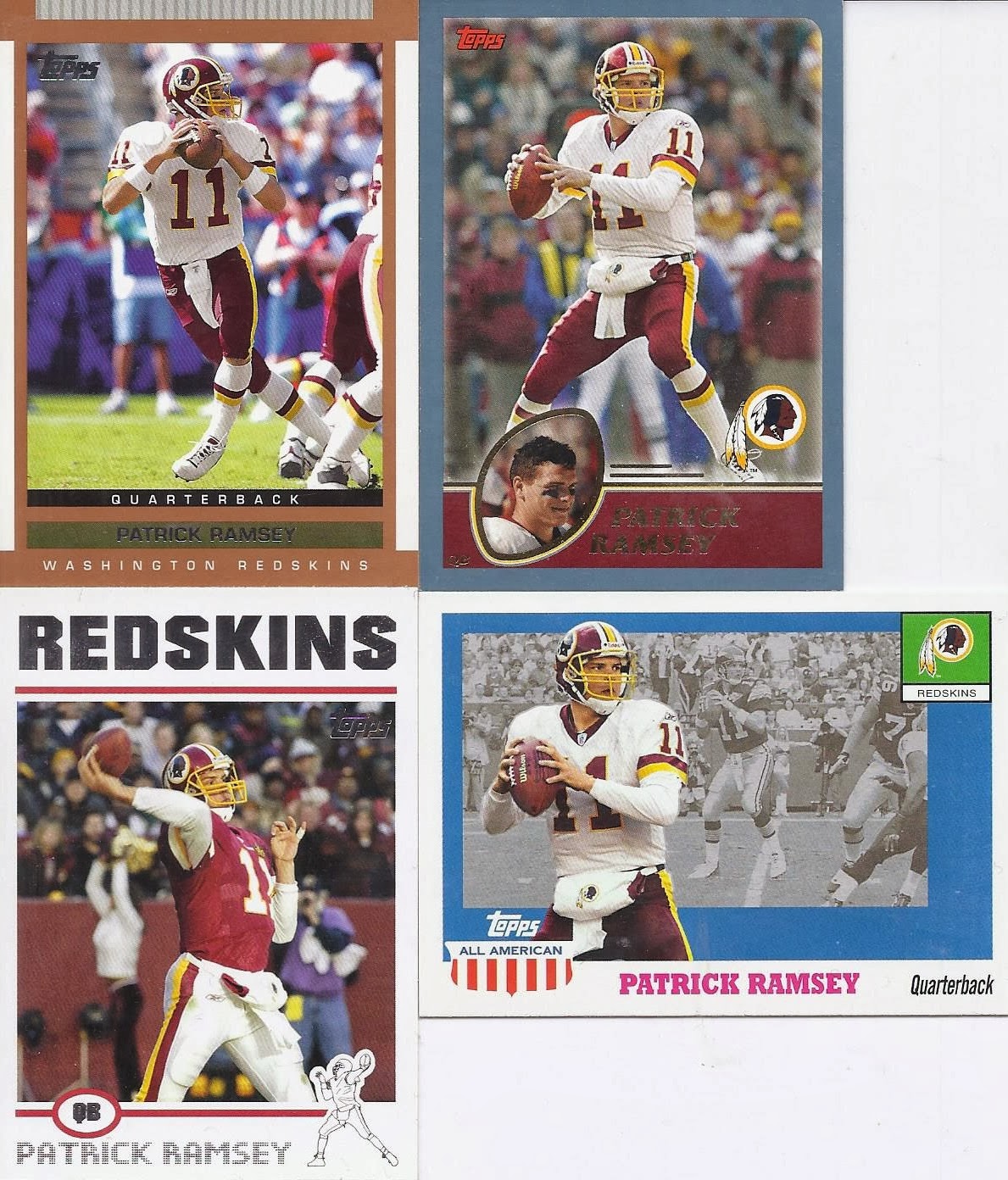 Namely, 4 Patrick Ramsey cards, doubling my total of this 2/14 binder member. I love the design on the All-American card. 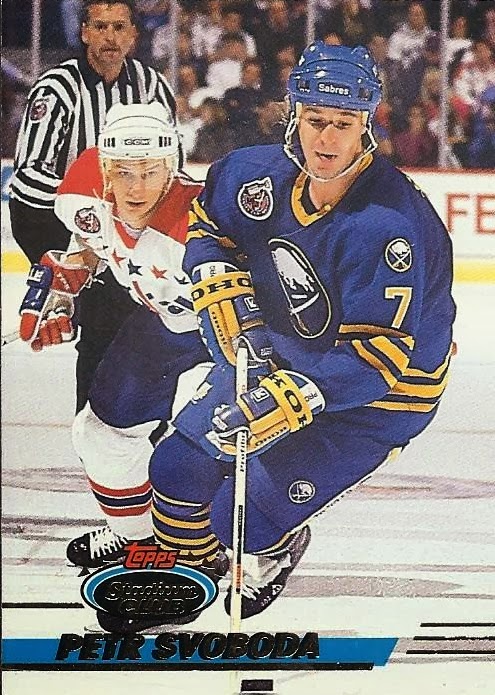 My 9th Petr Svoboda was also in the package. He's someone I'm always surprised I don't have more cards of, since he was around in the overproduction 90s. 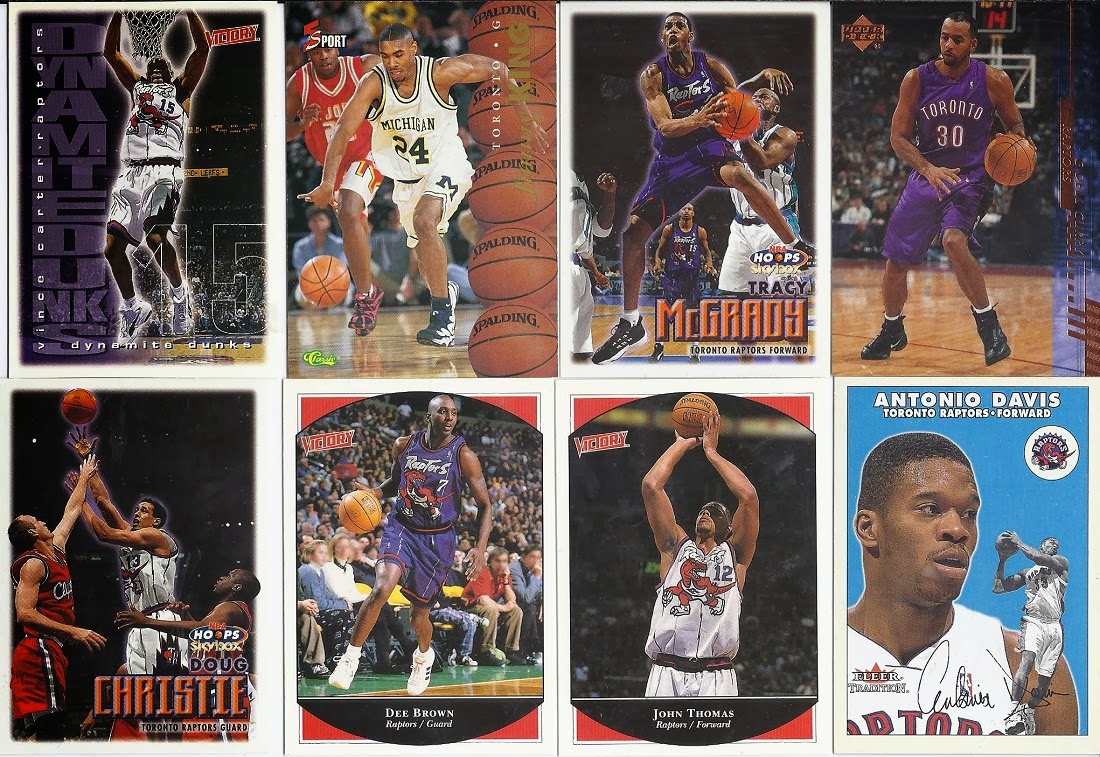 And let's end with 8 new cards for the Raptors binder. Not that long ago, I didn't have any Dell Curry from his time here, and now I've got 2 of them. As best I can tell, he doesn't have many. Ditto for Jimmy King. Pictured as a Wolverine, but listed as a Raptor. Still, my favourite from the batch is the Dee Brown. It's twofold. 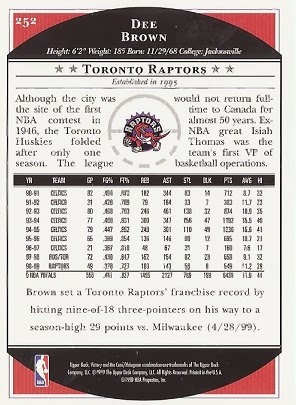 First, a little write-up on the back about the history of hoops in Toronto. 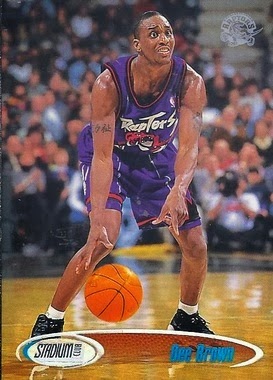 But more importantly, it is my second Dee Brown card as a Raptor, mercifully meaning this derptastic card isn't my only Raptor representation of Dee.

Thanks for the goodies, and they're already on their way to their respective binders.
Posted by buckstorecards at 17:10