Maybe I'll work my way through this box before their wild and crazy President's Day sale. Staying with the themed approach to posting these, today I'll show the 4 cards on their way into my 2/14 binder. 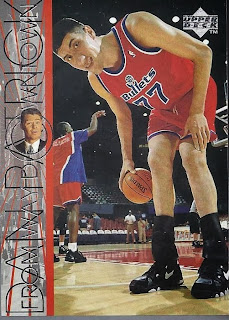 Opening up, here's the 8th Muresan card in my binder, as well as a legitimate candidate for one of my favourite photo choices in the binder. Last night's Raptors/Wizards game actually featured a cameo by Muresan as he attempted to high-five Trevor Ariza after the latter was ejected from the game.

Thank you, twitter, for confirming it wasn't a hallucination. 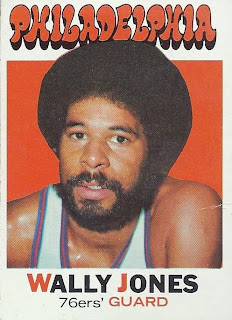 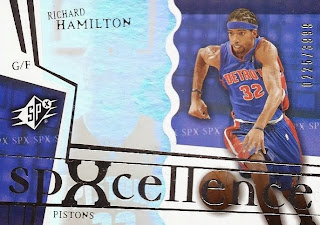 I decided to get the cheapest Richard Hamilton card I could find. Turns out it was this one. Shiny and numbered to /3999. 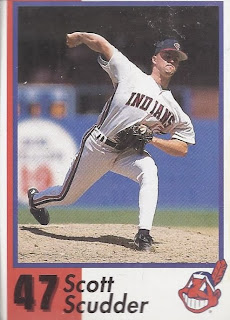 And to wrap it up, a definite contender for the most obscure release to be featured in the binder, this local release from WUAB-TV. It is practically paper thin and has a stain on the back that I'd rather not know much about, but is my 9th Scott Scudder card for the binder.

Posted by buckstorecards at 16:34