While at the LCS on Saturday to grab some free packs on National Hockey Card Day, I also picked up 2 packs of Bowman Draft - 1 jumbo, 1 hobby. I didn't pull any autos from either of them, but still got some nice cards from each pack.

Starting with the jumbo today. 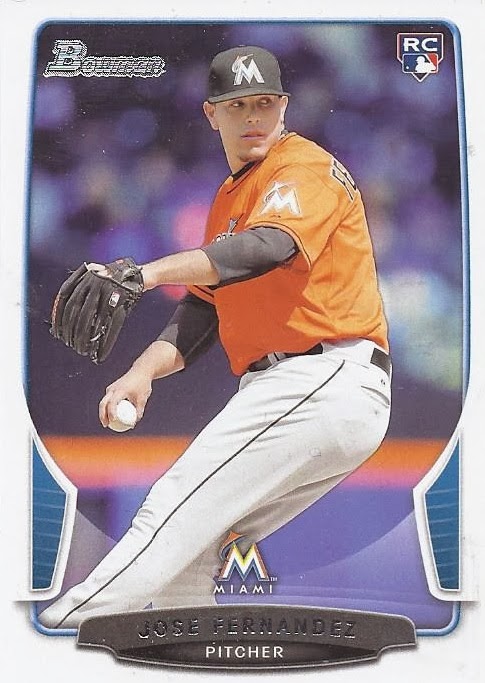 Jose Fernandez - There seem to be three main sets in this. The overall main set is a 40 card rookie set, of which this one and the Karns comes from. There's a Top Prospects minor league set, which has 45, and a 2013 Draft set of 130 cards. Man, this would be annoying to collate together. 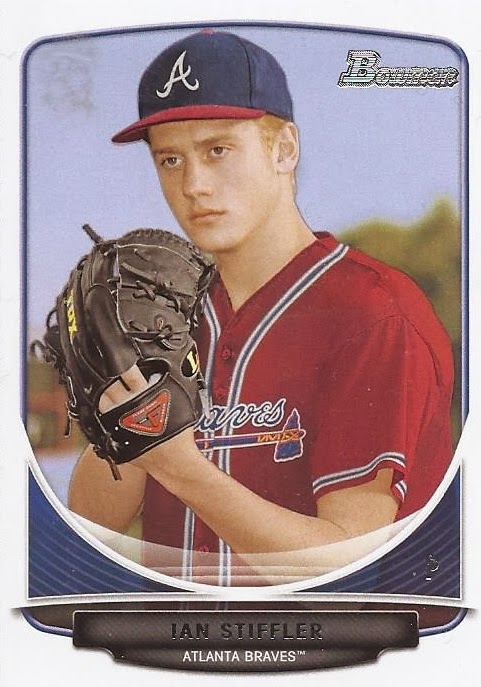 Ian Stiffler - And the most obvious photoshopping in this pack goes to this one. Unless the Braves only provided novelty jerseys to their draft picks. Bad as this is, tomorrow I might have an even worse example. 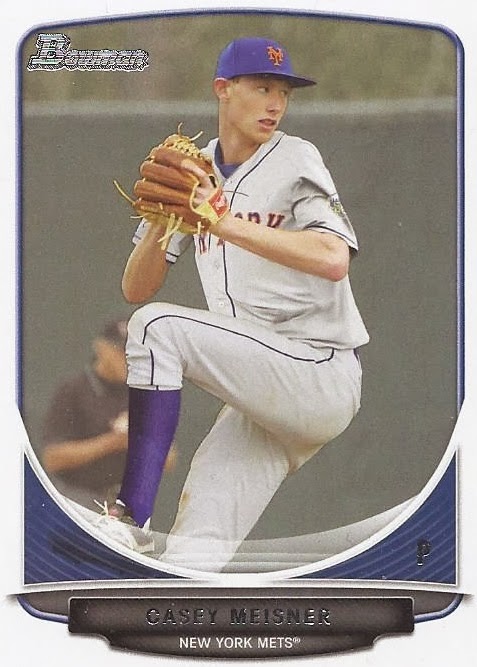 Casey Meisner - WOO-HOO! A Met! This was the only Met I pulled. At least was one more than the # of Blue Jays I pulled.
Tom Windle
Ian Clarkin 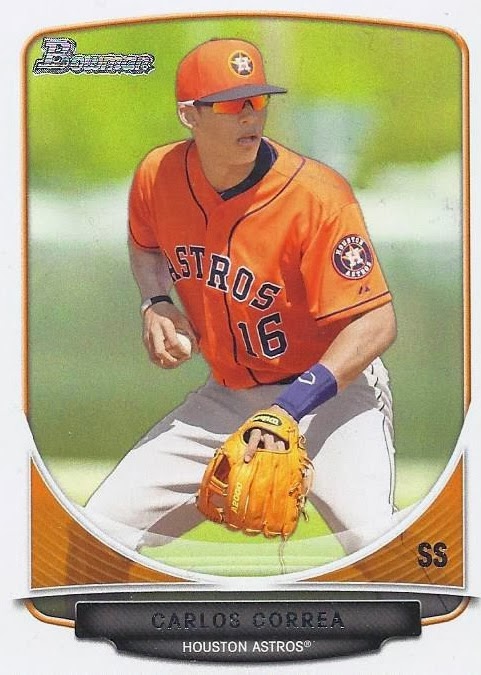 Carlos Correa - Probably the best prospect in this pack. 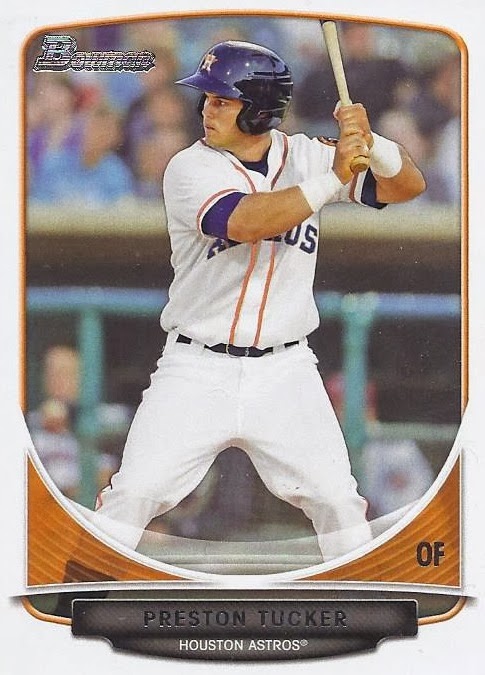 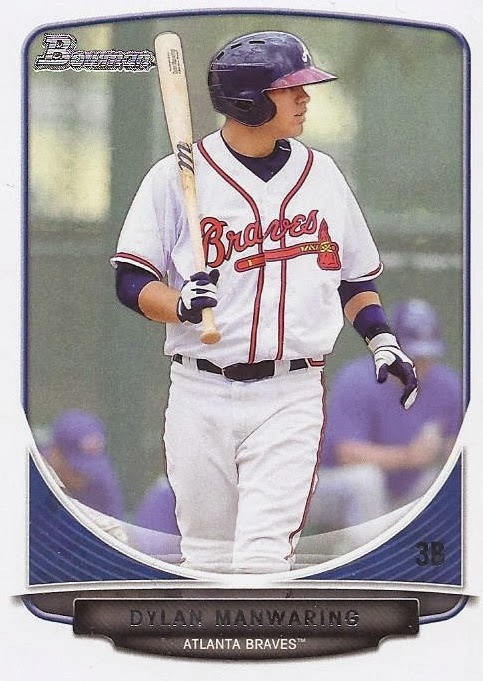 Dylan Manwaring - The best thing about this was seeing a last name that was familiar from the junk wax era and wondering if there was any relation. In this case, yes, he is the son of Kirt Manwaring.
Josh Phegley
Stephen Negron (Chrome) 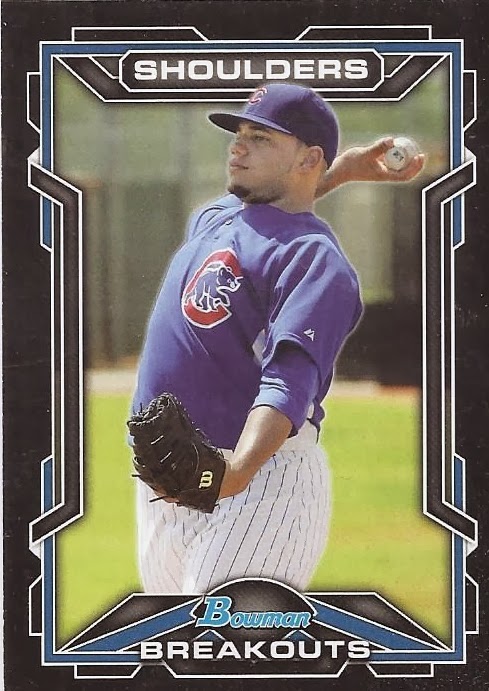 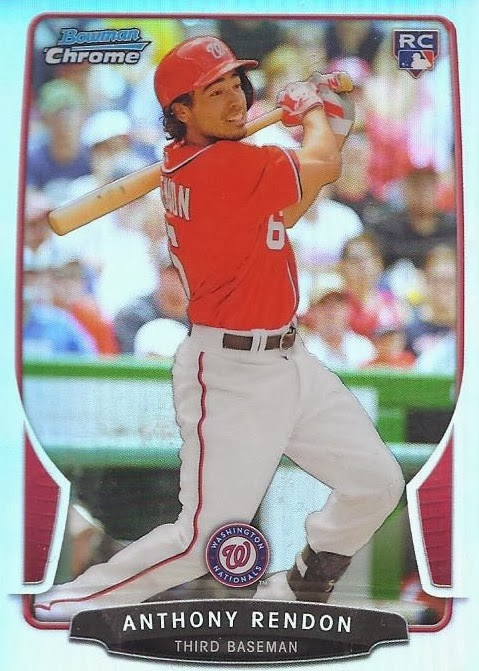 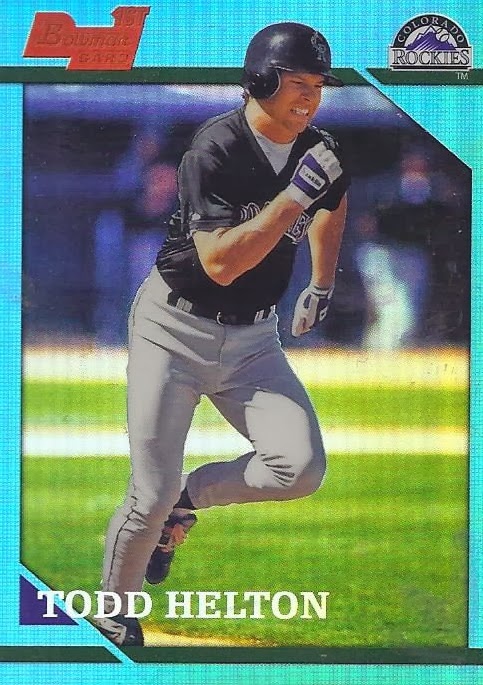 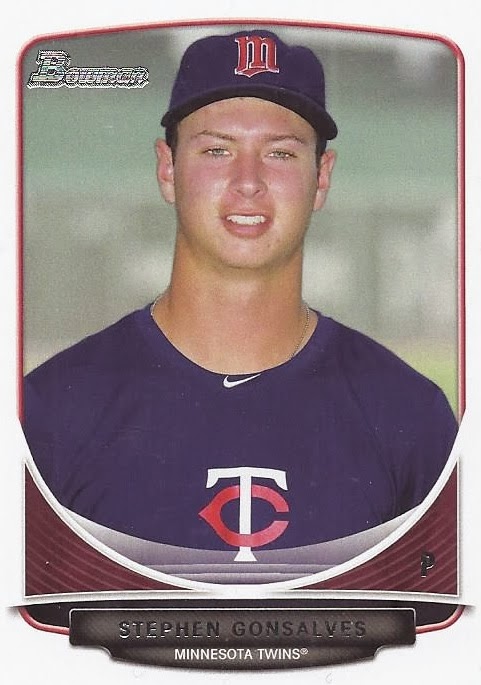 Stephen Gonsalves - Sure, these might be dull. But at least they don't appear to be laughably photoshopped.
Jake Sweaney 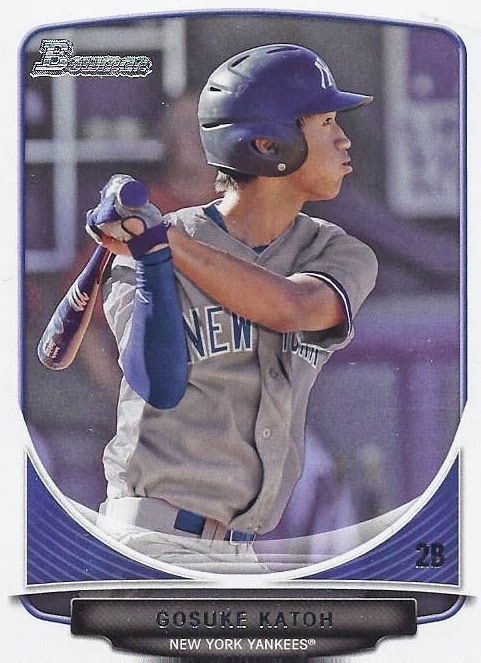 Gosuke Katoh - A pretty hyped prospect to wrap up the scans portion of this post.
Blake Taylor

Money's worth? Maybe? But it is fun to look at people making their cardboard debut.
Posted by buckstorecards at 14:26