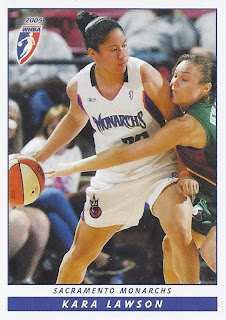 from the WNBA, Kara Lawson. Kara's actually got a pretty good résumé going for herself beyond the WNBA. She works for ESPN on some of their broadcasts, and was the first woman to work a nationwide broadcast as an analyst. She is also another member of the 2/14 binder to have an Olympic gold medal to their credit, being part of the US team that won gold in 2008. She's not the first medalist, as Milan Hejduk and Petr Svoboda brought home gold in 1998. 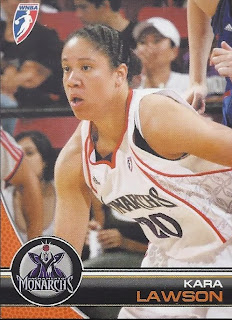 And Kara immediately ties with Fred Carter and Wally Jones in terms of volume, as she gets two cards in the binder. 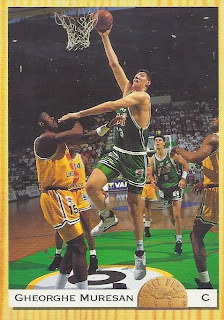 Since it costs as much to ship 4 cards through sportlots as it does to ship 2, I added two more into the mix, the first being the oldest Gheorghe Muresan card in the 2/14 binder, this card being from the 1993 Classic set. 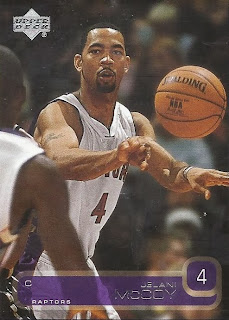 Jelani McCoy isn't a 2/14 baby, but this was his only Raptors card. IWith this, some trades yet to be scanned, and some stuff on the way, my Raptors frankenset need list drops to 6.

Posted by buckstorecards at 07:01