I'm a sucker for the classics. 15 hockey cards for $1 at Ye Olde Dollarama. 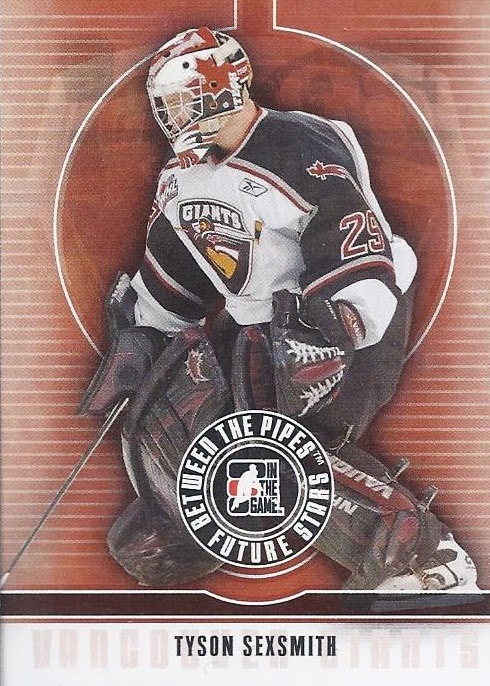 2009 Between The Pipes - Tyson Sexsmith - The name doesn't quite rip apart the Filth-O-Meter like Grant Clitsome, but it still makes my inner 13-year old chuckle. He must have spent some time on the San Jose bench, as he did earn a card in last season's releases. He hasn't played a minute in the NHL, and is now in Europe. It is a nice patriotic mask for the binder.
1991 Score - Bryan Marchment RC
1990 Score - Craig Janney
1990 UD - Al Iafrate 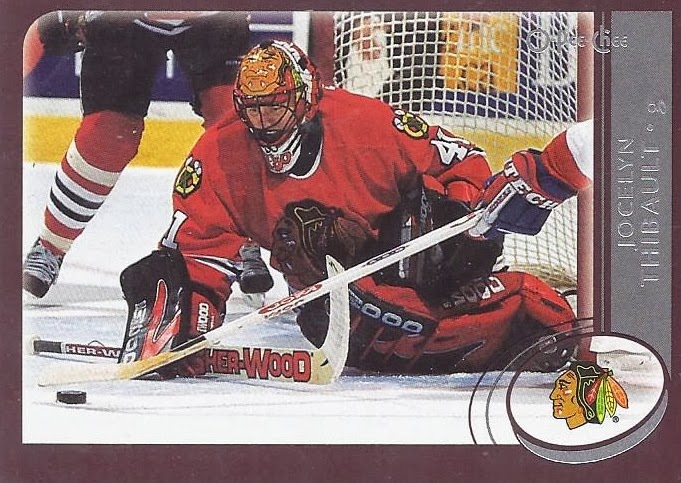 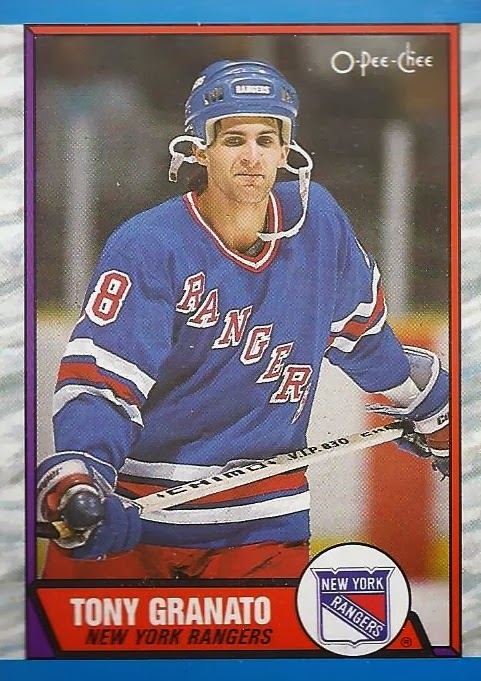 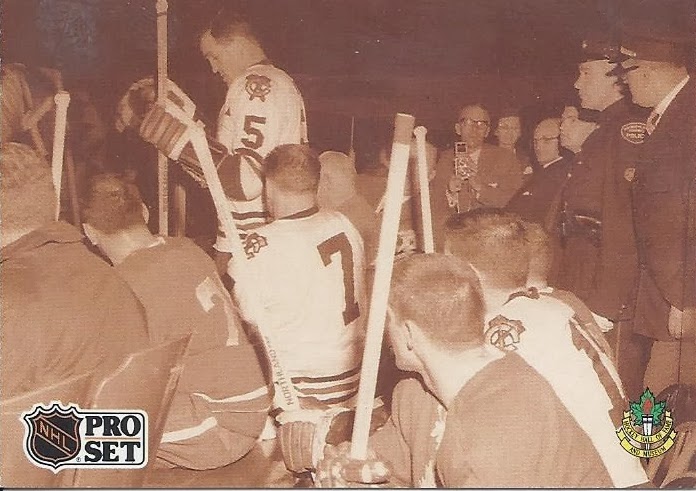 1991 Pro Set - Arena Designs - Pro Set gets a lot of heat in retrospect for their overproduction (even by the time's standards) and their many errors, but one thing they did right was including classic photos from the Hall of Fame in their set. 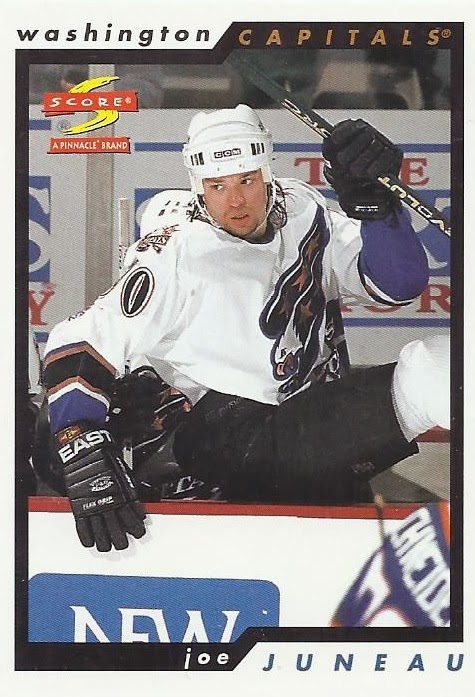 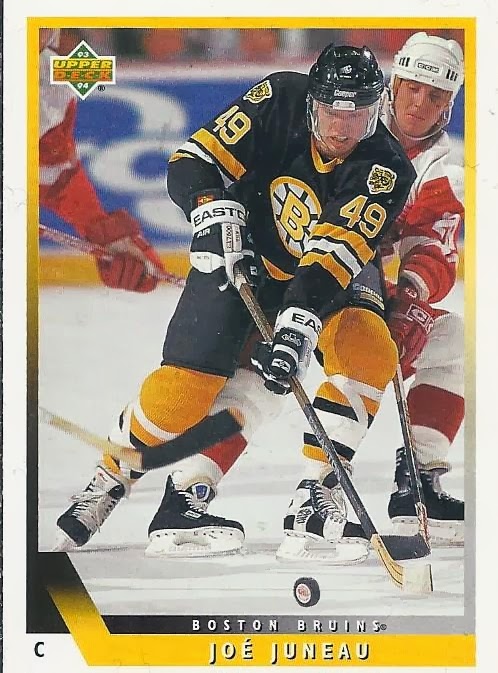 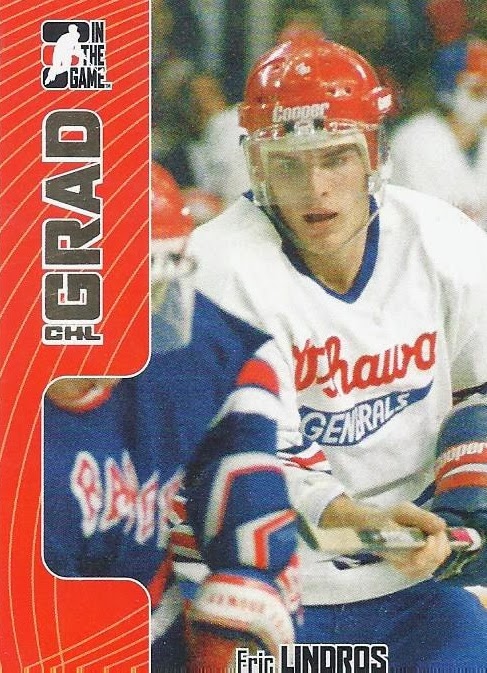 2005 Heroes & Prospects - Eric Lindros - In the day, pulling Lindros in a Generals uniform would be a beautiful pull. Now, not so much.

Several keepers here. And that's all I ask for from a repack.
Posted by buckstorecards at 17:15