Same as yesterday, only with just 7 cards to the pack. 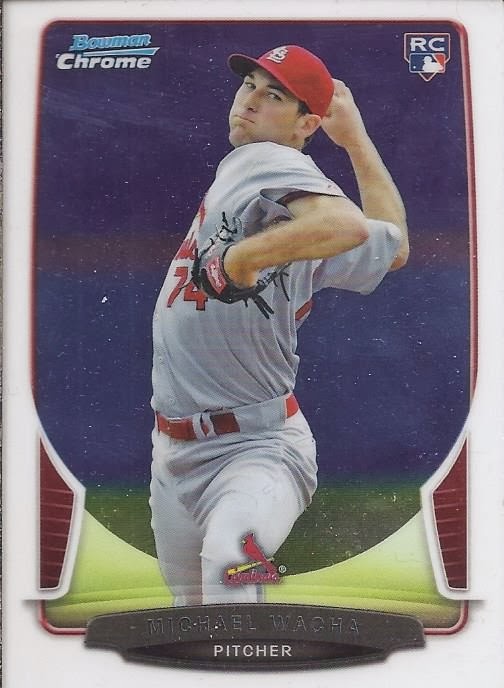 It's always nice to have the first card be a familiar name. In this case, since the Chrome scans really badly, it's Michael Wacha. This is one the chrome parallel of the base cards in the set. 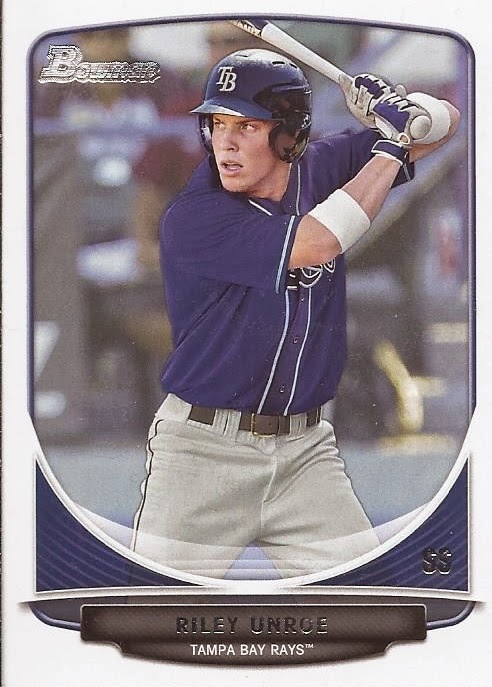 Now we're into the draft picks portion of the set, and guys I've never heard of. He was a second round pick of Tampa, and thanks to the fact they are somewhat detailed on the back, a second-generation baseball player. This isn't his cardboard debut, though, as he also appeared in some Team USA subsets. 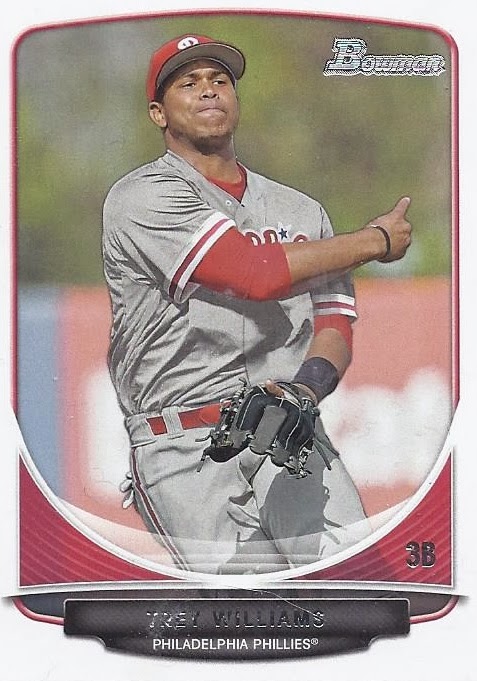 Now this is someone making their cardboard debut. He's another second generation player as well, being the son of Eddie Williams, who you might find lurking in your junk wax piles. 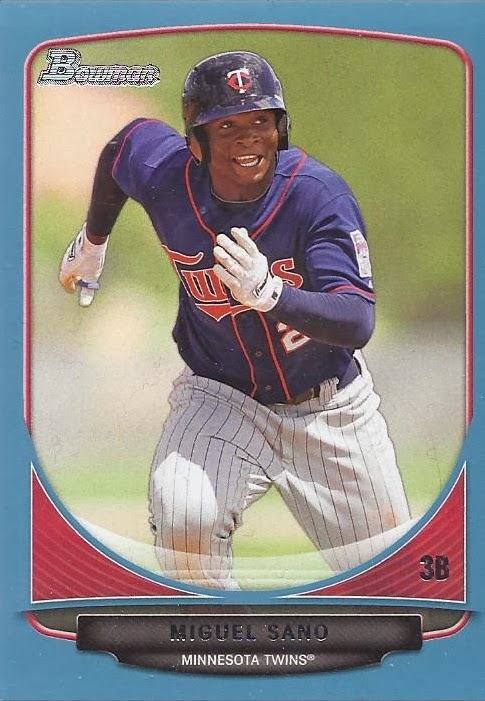 The closest thing to a hit out of these packs was this, and it is a /500 of Miguel Sano. Not a bad parallel to pull. 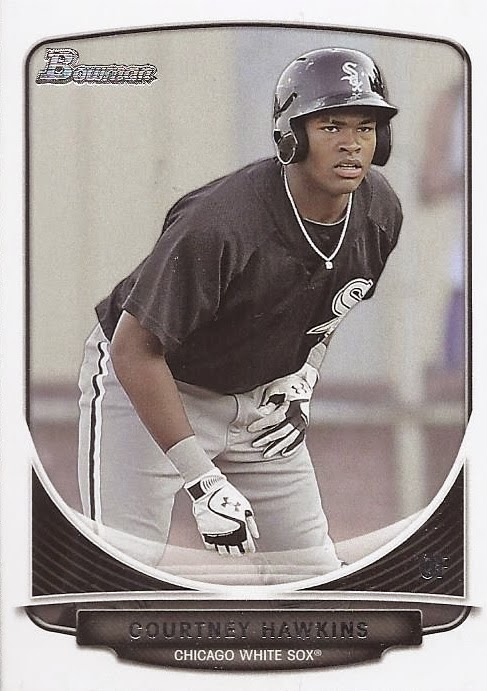 I'll probably be including this one whenever I send a new package to 2*3 Heroes. 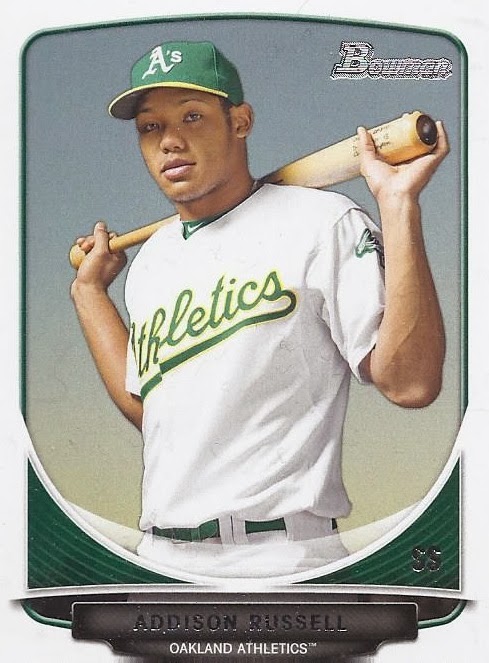 GAAH! What the heck is this? I've seen Diamond King cards where the subject looks more like a human than this! Creepiest card of 2013. I thought nothing would surpass the mannequin-like Cody Asche, but this one does. Why just give the uniform the impression of a photoshopping when you can do everything on the card? 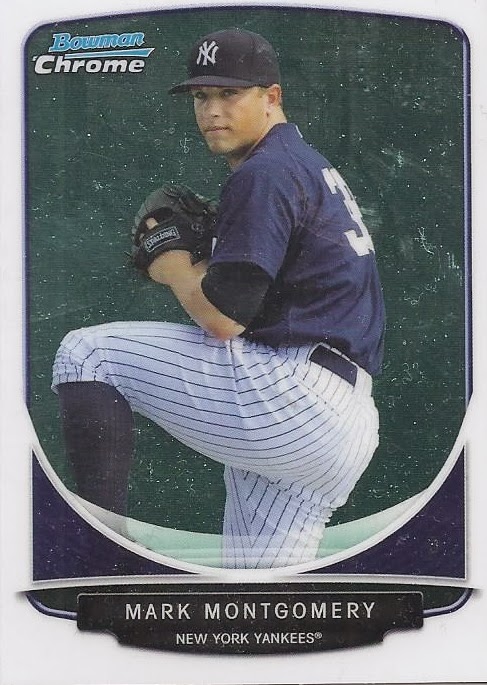 And to wrap it up - a Yankee. The nightmare continues.
Posted by buckstorecards at 08:11