The Joy of a Completed (Franken)set

Over the past while, I've attempted to get at least on NHL level card of each Kitchener Rangers alum who made it to the big leagues. It's like collecting your alma mater, but since my alma mater only has a couple CFL guys, at least I'll be able to go beyond a 9-pocket page with this project. With the desire of the card companies to get at least one of every rookie who puts so much as a skate on an NHL rink in their sets, it's easier to get obscure guys from recent sets.

Guys whose time in town were before my time are something different. 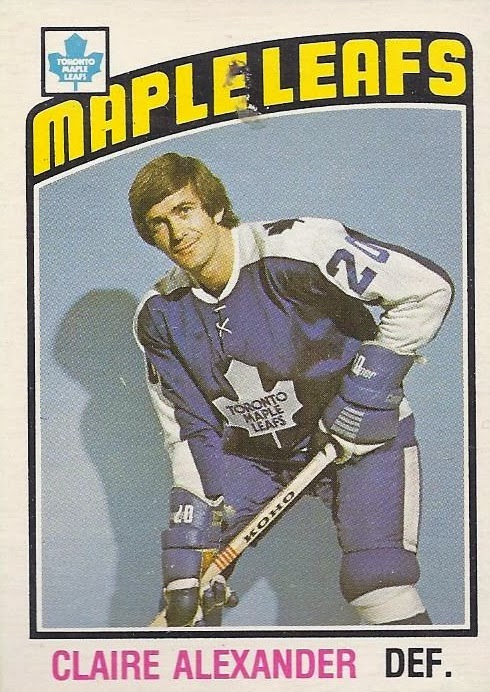 Such as Claire Alexander, whose only big league card appeared in 1976 OPC.

And for chronological reasons, has sat atop my most wanted list for awhile, but recently got dropped due it arriving as part of a trade package from Too Many Manninghams.

This completes the set, with every player who had a card prior to this season's sets making an appearance. There are a couple new faces in this year's set, with Jason Akeson already appearing in Prizm/Select (and already getting crossed off), and John Gibson likely showing up in later sets.

There's going to be a lot more from this trade showing up over the next while, but I figured this one deserved a post on its own. 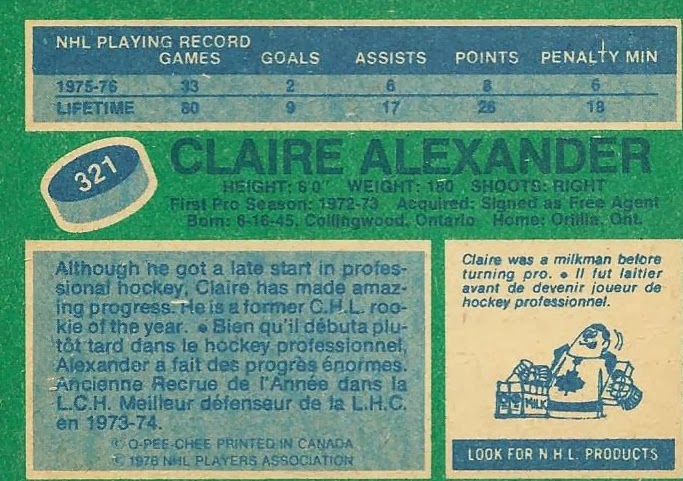 And because I can, here's the back! I wonder if Claire was the milkman Bobby Lewis heard at the door.

A reference to a 60s song, with a 70s card and a reference to milkmen. The average age of people reading this and getting all the references probably trends high.
Posted by buckstorecards at 15:30