When one has to pass through the mall's Target on the way to the mall's post office and grocery store, it's inevitable that I'll grab some repack products. I did just so yesterday, and ended up with a 100 ct. basketball repack (actually 101 cards) and a guaranteed hit football repack. The one I got for Secret Santa wasn't too bad, so I thought I'd try picking one up myself. I'll hit that tomorrow. Today, I'll start with the bottom half of the basketball repack, since that's what I opened first.

Looks like these packs are now blue instead of orange. The only difference in the content is that there was some stuff in there from last season, but it did lack the early 80s stuff, of which I'd usually find one or two. 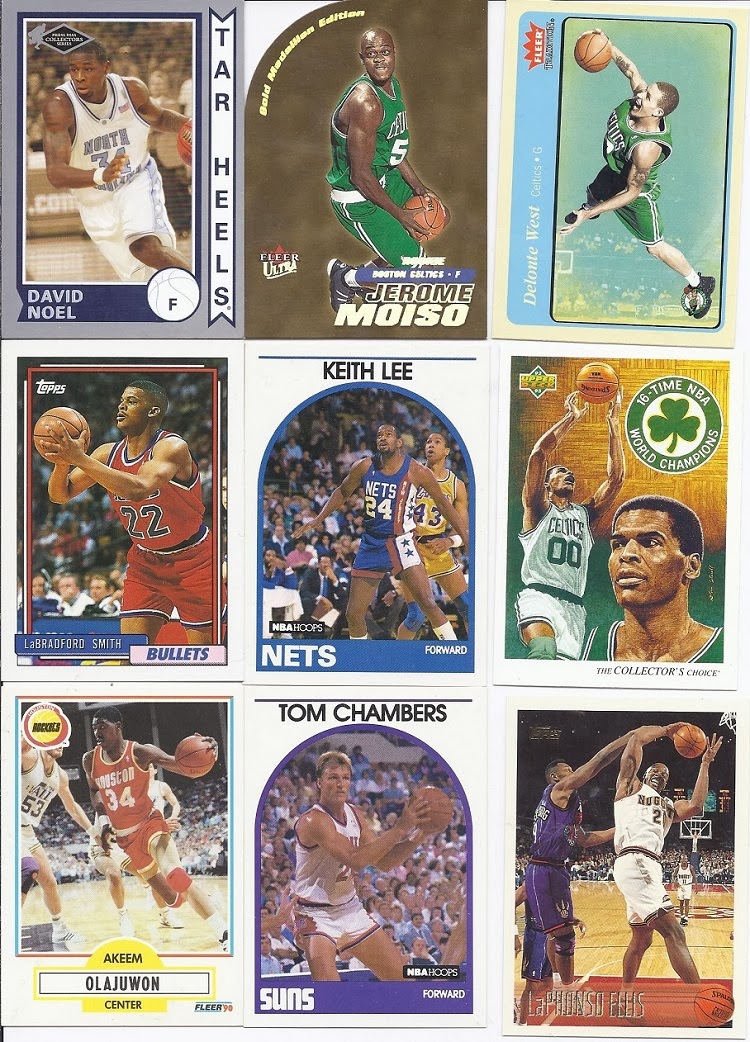 Yup. I'm showing all the cards. 3 of the five promised rookies are here. Jerome would go on to a brief stop with the Raptors, but he didn't have a card from that stint. The Ellis here is the closest I'd get to anything Raptors related in this pack. Still, two HOFers are nice, especially the checklist card that features a picture of the Chief.

Anohter pair of HOFers on this one. Darn you, Walter Davis for being there and preventing a perfect alignment for Malone and Stockton. Despite the name power of 2 Utah legends, an out-of-control Travis Mays is not only my favourite card in this grouping, it's my favourite in this half.

Another pair of HOFers here with a second Stockton, and a first appearance for Chris Mullin. And it's a Member's Choice parallel.

WOO-HOO! Paul Westhead. The man for whom defense was a mild recommendation, Seriously, look at some of the scores from their 1990-91 season. It's mind-blowing! Also, a checklist card from Classic. Since this set was mainly NCAA guys, let's see how their prognostication was: 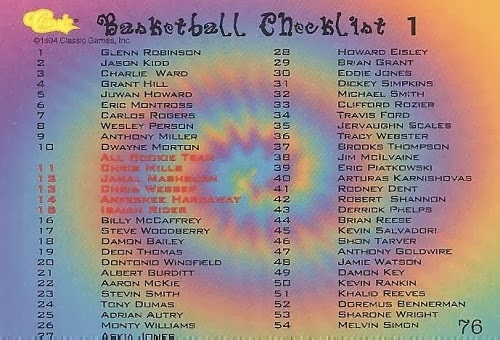 Yeah. A few notable names here, but it quickly devolves into guys you'd have to rack your memory to remember. The good thing is that it did inspire me to look for non-pro cards of 2/14 guys to see if there were cards of them. After some googling, I ended up at COMC,  and picking up an autograph card of former UCLAer Josh Shipp (now playing in Turkey), and one of Clemson golf coach Larry Penley. That means I've got 2 more new names for the 2/14 binder.

Yes, being the golf coach at Clemson apparently qualified for a card, and I'll be proud to add him to my collection. I wanted 5 new faces in the binder this year, and I've already hit halfway.

Steve Smith might be the guy I find in every basketball repack. If not every then most. And yet another HOFer with Petrovic. 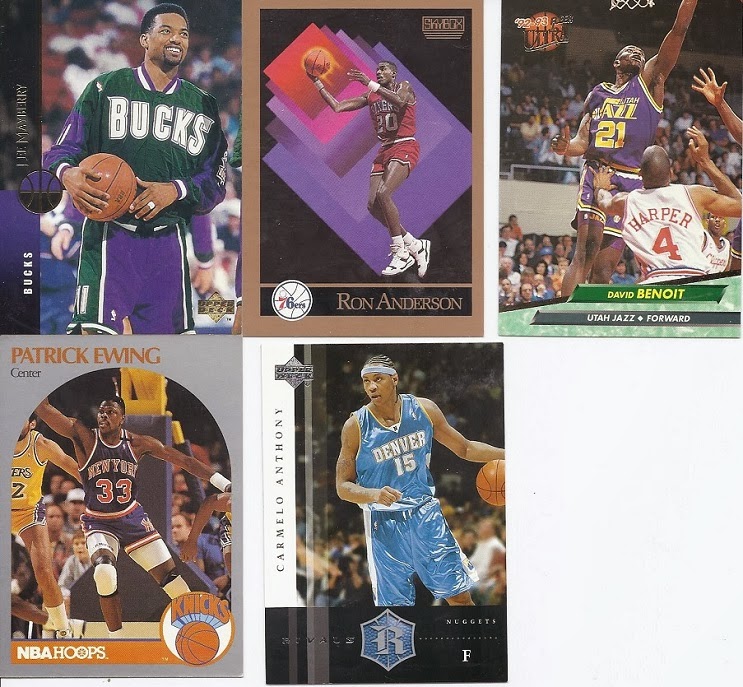 Lee Mayberry is another every/most type of guy. Wrapping things up on this side with yet another HOFer in Ewing.

Posted by buckstorecards at 06:54