Time to power through the baseball portion of the trade. 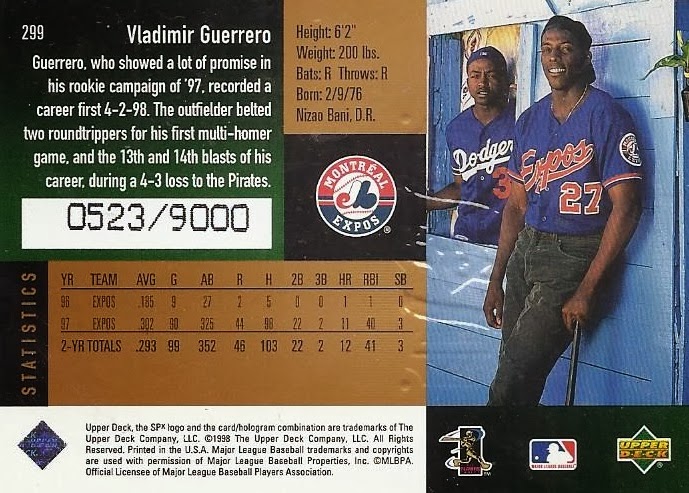 Leading off with..the back of a card? Why not? When the front is generic shiny, and the back features a casual shot of Vladimir, with Wilton Guerrero lurking in the background it was an easy decision as to what my favourite Vladdy card was of the bunch that arrived. In fact, it is probably my favourite baseball card in the whole package. 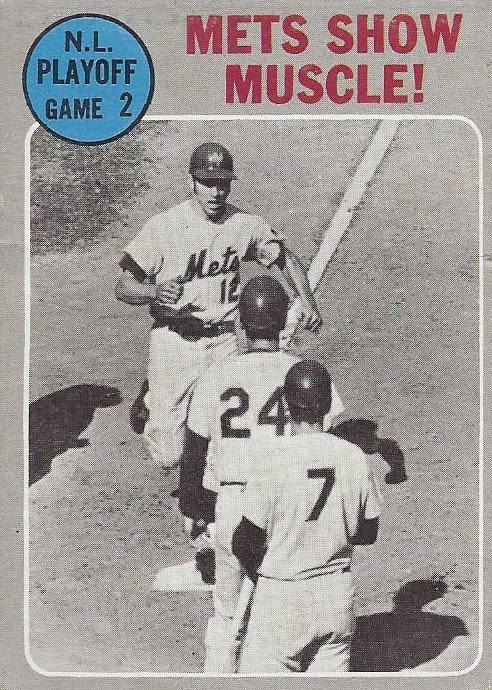 Despite some vintage Mets... 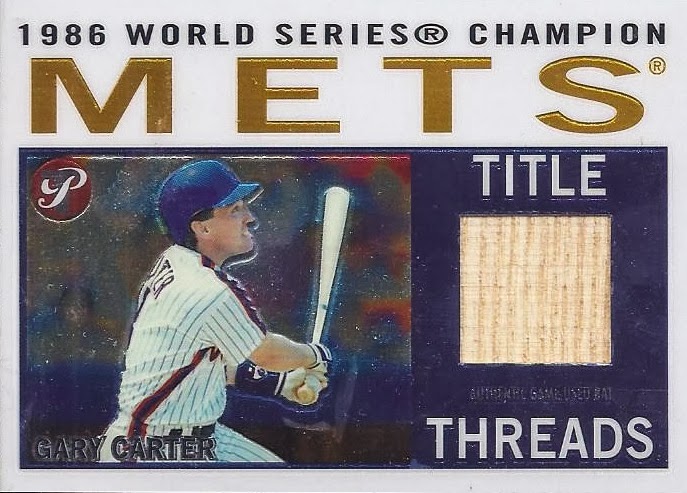 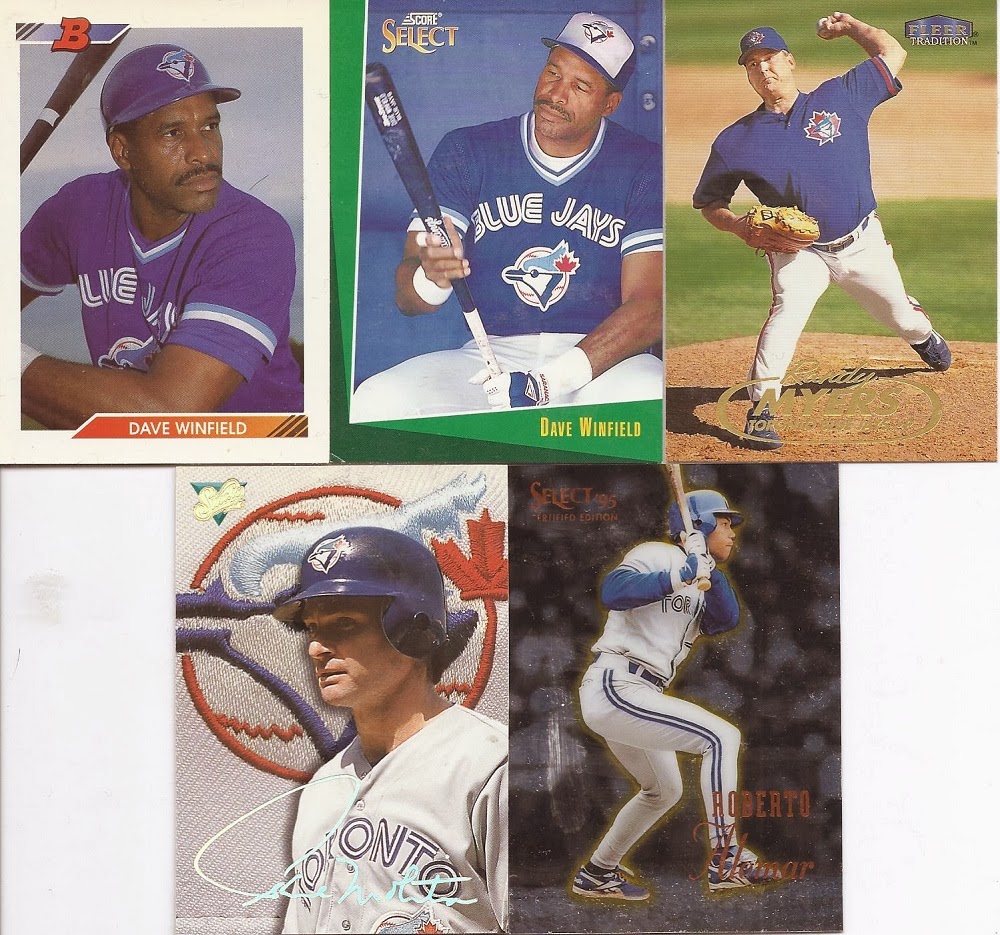 There was a small handful of Blue Jays in the envelope. While you'd think my favourite would be one of the three hall of famers in the bunch, it's actually the Randy Myers. He only has a handful of cards from his season in Toronto, and that's my 2nd. 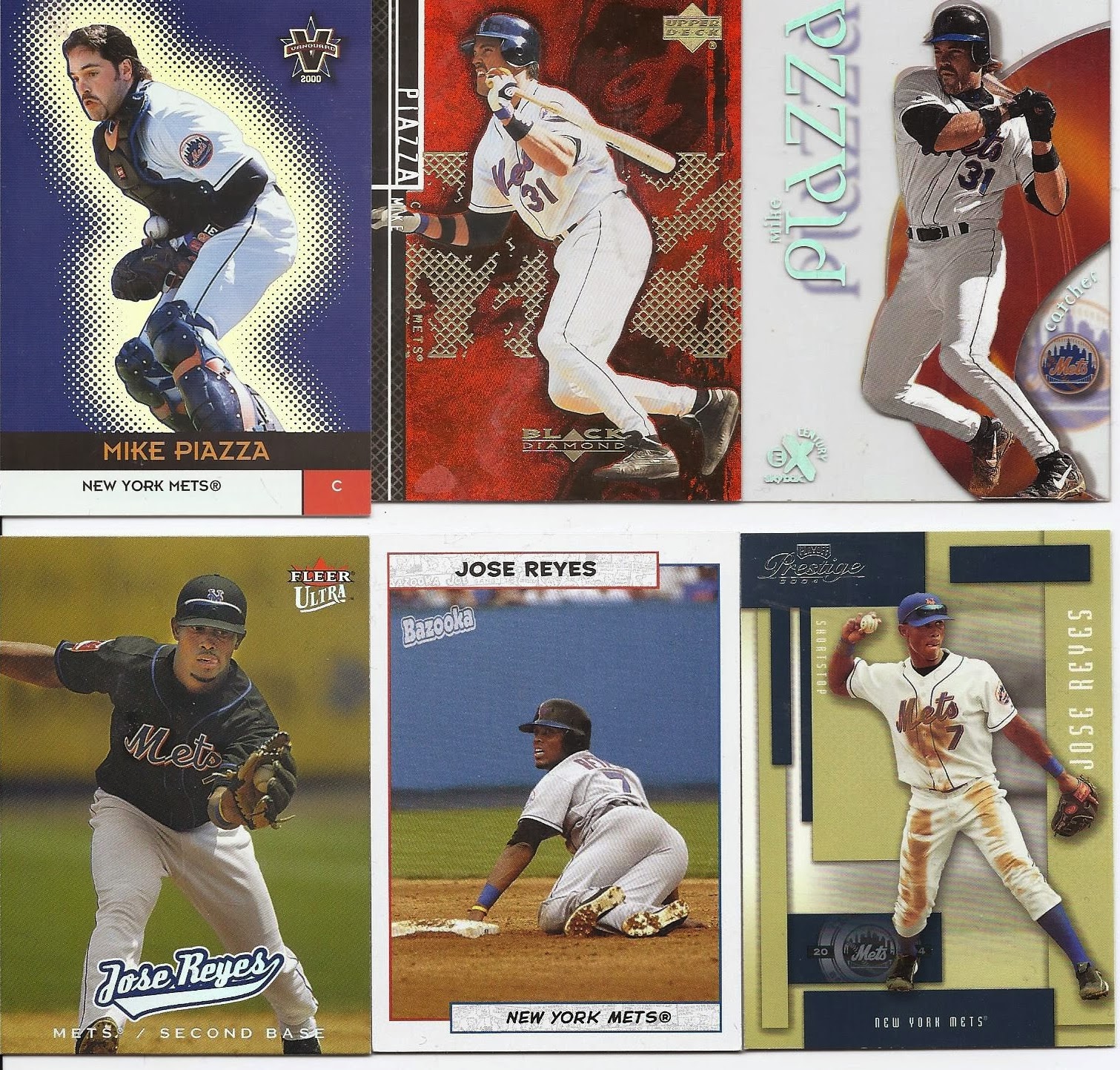 Lots of Piazza! Lots of Reyes! The Reyes in the bottom left isn't a gold medallion parallel, even though the picture makes it seem that way. 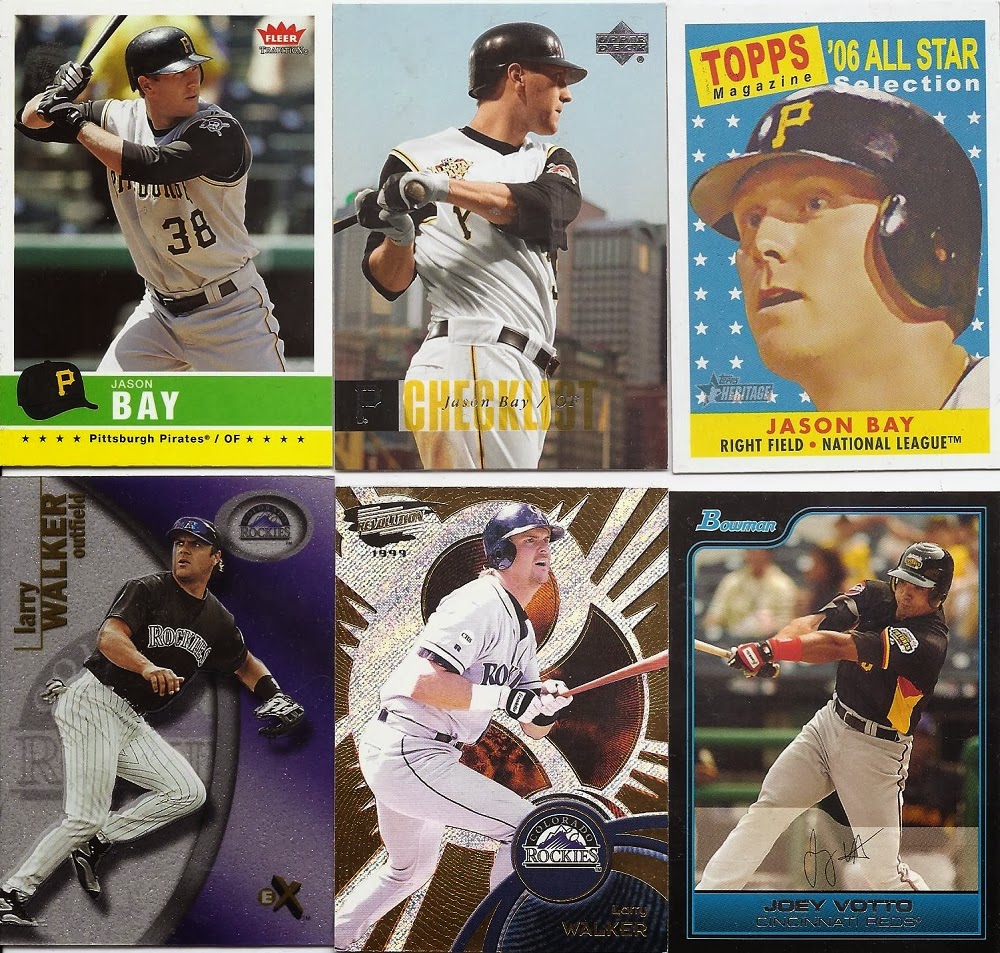 And to wrap it up, Cancon. Both subdued cards and smothered in typical 90s brightness. My favourite in this batch might be the upper middle Jason Bay card. How can you hate a shot where the city is looming in the background?

That's it for another trade. Thanks for the goodies, and I hope you liked the post-show pack that went out this week.

Posted by buckstorecards at 16:51