If you remember way back to Christmas of 2013, you'll remember that a Secret Santa at work bought me some retail football stuff. One of which was a hanger of 2013 Prime. The final pack I opened contained this: 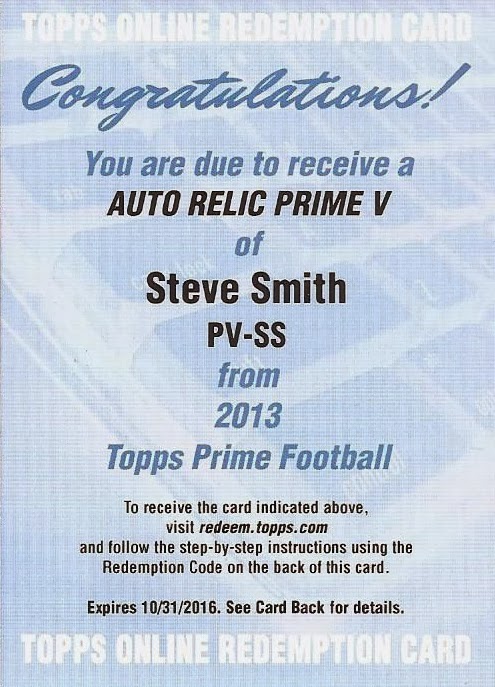 These fell at a 1:433 rate, so I was very surprised to see this. I entered in on Christmas Eve. And this showed up today. 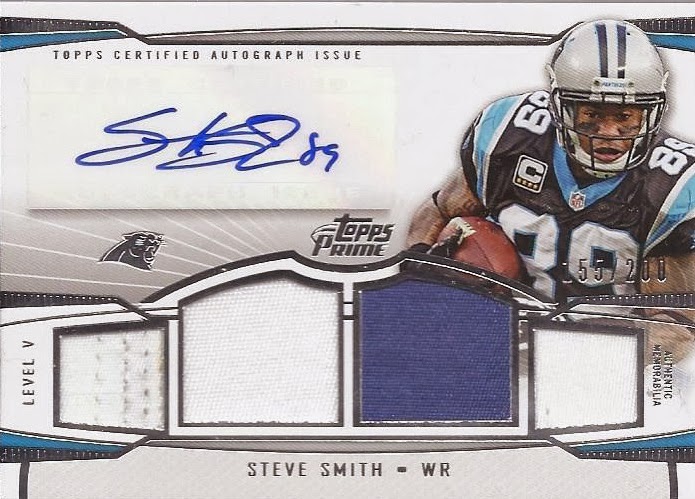 That's a turnaround of 5 working days here in Canada, and 6 statestide. 26th, 27th, 30th, 31st, 2nd and 3rd. Maybe a little more if they're working weekends, but my mind was blown. This was totally not expected, especially since:

It was still listed as 'Pending' on the site as of about 10 minutes ago.

As for the hit, I'm not going to complain, but I'm curious as to where that blue swatch came from. Steve is a career Panther, and I don't recall them ever wearing that shade of blue. Pro Bowl jersey, perhaps? It's also nice to see some stitching on one of the swatches, though.

But the turnaround on this. Mind = Blown.
Posted by buckstorecards at 14:26