I've almost put the Expo behind me, but still have a few things to show off. 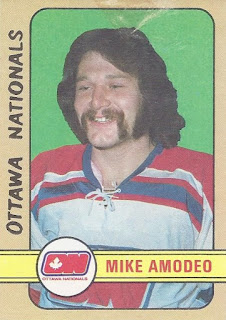 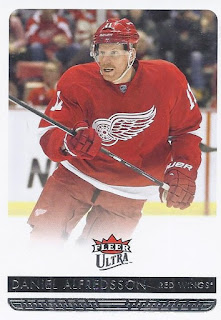 How did I not already have this base card of Alfredsson in my collection before the Expo? 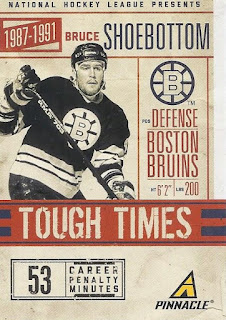 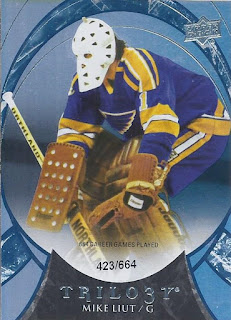 Here's a nice shiny Mike Liut offering proof you don't need to have an evil-looking paint job on your mask for it to be pants-crappingly terrifying. 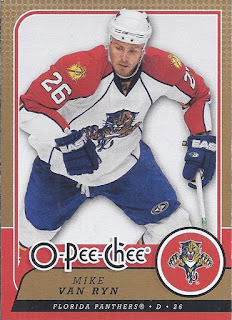 About a year ago, this Mike Van Ryn would be on the way to Dennis @ Too Many Manninghams. Today, this goes into my Rangers alum collection, as he just wrapped up his first season as bench boss for the Kitchener Rangers. 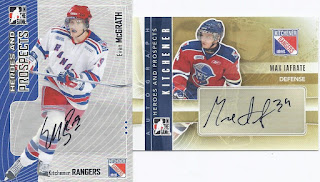 Van Ryn segues perfectly into these two new autograph for that binder. Evan McGrath has been playing overseas the past several years, but he was still part of the Memorial Cup winning team in his first year in town. Max Iafrate (Al's son) finished his OHL run one year ago, and is now playing in the Canadian University system. 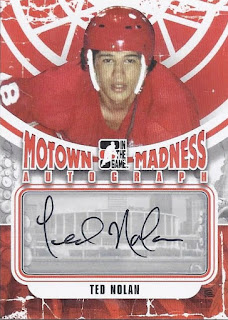 I really want Ted Nolan to write a book someday. That's just because the chapters devoted to his time in Buffalo will probably just be loaded with language that would offend motorcycle gangs. 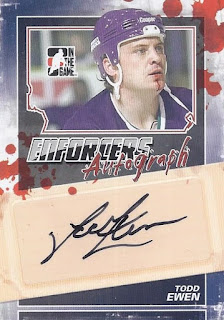 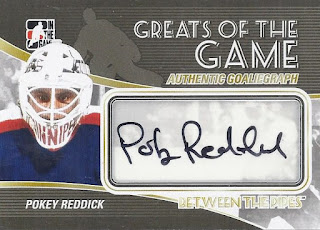 I can't really end on a downer of a card like that, so time to pick things up with an autograph of Pokey Reddick. If you're going to have an auto of a guy nmed Pokey in your collection, you can't go wrong with choosing Reddick over Reese. If you still need a tie-breaker, he also wins the real name battle, since Eldon > Calvin.