Time to wrap up this repack with the final 4 packs. 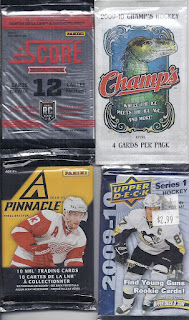 And here they are. 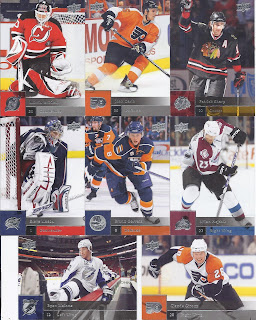 The flagship pack was only the base cards, but there were a couple nice cards in there. Ryan Malone is a nice looking base card. Steve Mason is bound for the Kitchener Rangers alum binder. The other two that hit my PCs, 2/14 baby Hejduk and the masked Brodeur are dupes. 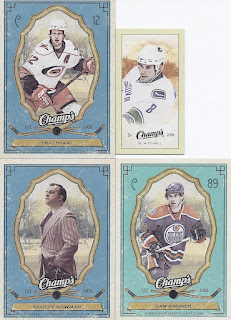 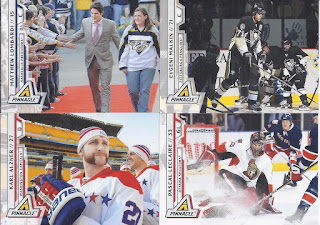 Starting with the horizontal cards in the Pinnacle pack. The two leftmost cards are dupes. I love entrance cards in hockey, especially ones with the young players forming the path to the ice. I've seen several Senators cards with that look, but not too many of other teams. The Malkin might be my first of those. And a Senator wraps it up. 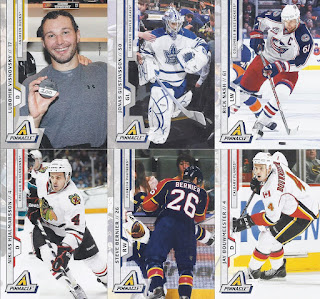 The horizontal ones weren't as nice, and the Lubomir was a puzzling choice for its choice of photo on the front. 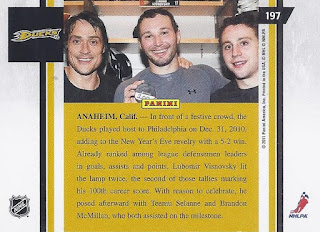 Since the back of his card, showing the teammates that assisted on his 100th career goal, was the more interesting option. 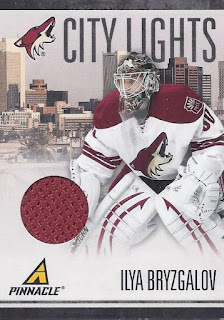 And here's the first of the hits, coming out of the 15th pack I posted. A nice colourful hit for the mask binder. 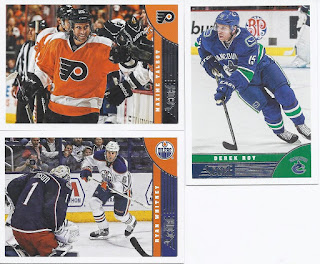 I'm not scanning all the base cards in the Score pack, but I did land a couple more interesting photos to go alongside Rangers alum Derek Roy. 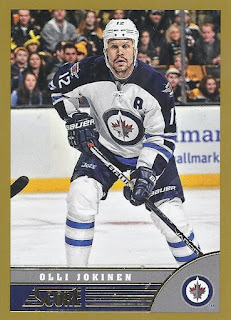 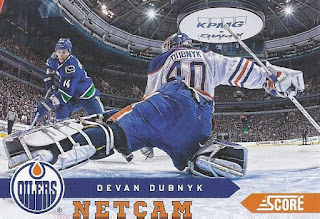 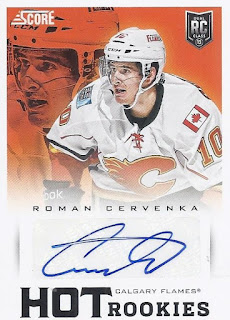 And the other hit from the pack comes from the final pack! I think these fell at a rate of 1 per box for the 12 card packs, but don't know if things were different in retail vs hobby. Roman played a full season with the Flames during the lockout season, but that was his only time spent in North America. So, it is a kinda unique hit, if not mind-blowing.

And there's some more repack action!
Posted by buckstorecards at 16:28