Nothing Junkie About These Cards

Back to the mailbag for another #supertraders envelope, this one coming from: 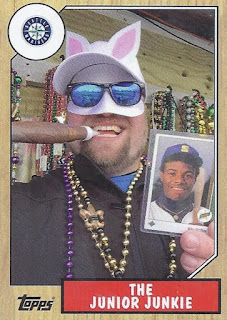 Someone who saved me a little bit of typing in lieu of more scanning and cropping. 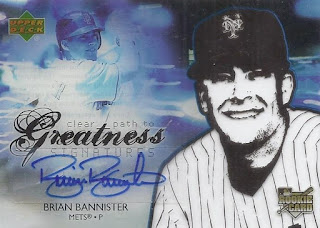 Leading the way is this card, which was actually a dupe. But why does this lead the way? This one had already migrated from my Mets binder into my penmanship binder. Therefore, I can now have one in each. WOO-HOO! 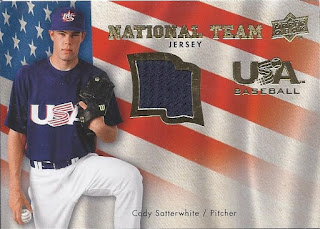 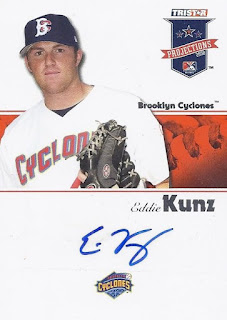 As is this card from their A-affiliate, the Brooklyn Cyclones.

There were about 20 Dwight Gooden cards in the envelope. If I had to pick three to highlight, these were the ones. A pair of highlight cards, along with a Studio preview card. 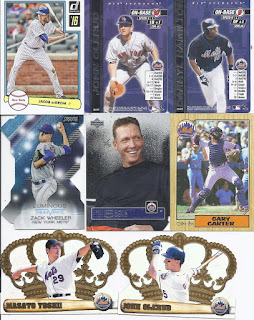 More Mets! I love that DeGrom gets a card with him at the plate. Another big addition is the David Cone card in the middle. Despite only 5 games with them, he did get a couple cards from his second go around. 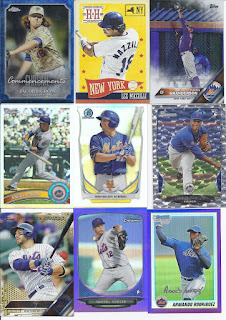 Parallels! Most shiny, although one not so much. 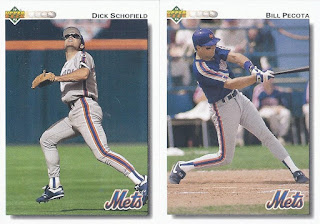 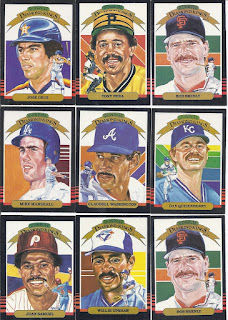 And to wrap up the envelope, a bunch of 1985 Diamond Kings. Two times the Brenly!

And there's one more envelope posted.

Posted by buckstorecards at 10:23