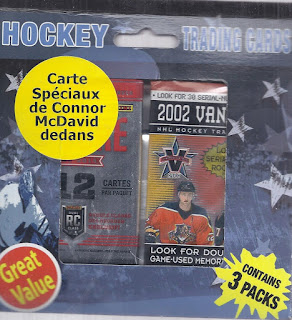 I've busted these before. Let's try another one. You already see two of the packs, but there were two more, making it 4 instead of 3 total. 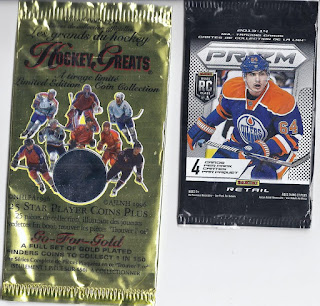 Prizm should be familiar by now, but I didn't recognize the other one. Well, it is exactly what it says on the package. It is a coin based set. 1 coin per pack. But, once again these didn't contain the promised 3 packs, instead containing at least one more pack of something.

I'd rather the retail pulsar packs I'd found previously, but it will be something new. 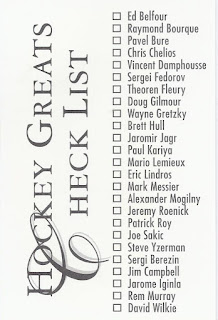 Here's the checklist that was in the coin pack. Pretty big names to start, but the Greats label really implodes over the last 4 of 5 hames. 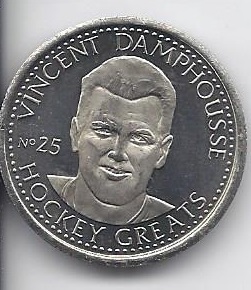 At least the one coin in my pack was someone who'd at least be considered pretty good, if not a great. 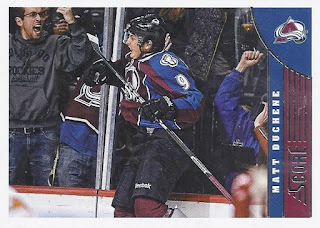 This was the best base card from the Score pack. While the photos were pretty good throughout the set, the ones in this were pretty generic except for the Duchene. 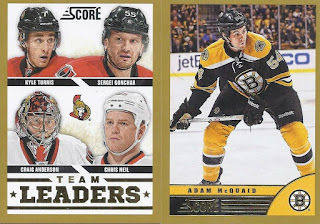 But at least I got two gold parallels instead of the usual one, with the bonus of one being a new card for the Senators collection. 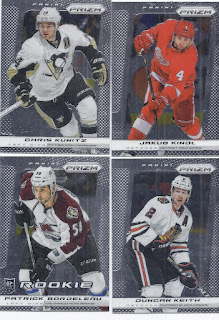 And at least I got a new card of Hedberg for my mask collection. 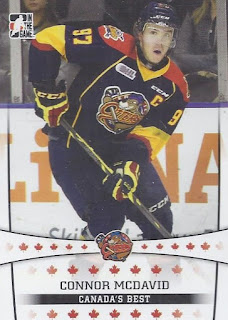 And a new Connor McDavid as well. Although this is a dupe from a previous one of these repacks. So, this will likely be COMC bound.
Posted by buckstorecards at 08:18