And even more envelopes roll into Chez Buckstorecards. Time to complete one trade, and show off two more smaller envelopes. 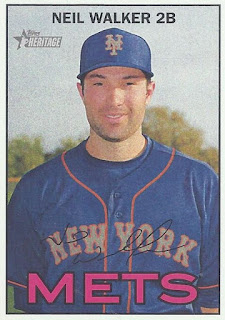 First up, one of several cards that were on my zistle wantlist from these envelopes. My first card, albeit in all its photoshopped glory, of Neil Walker as a Met. 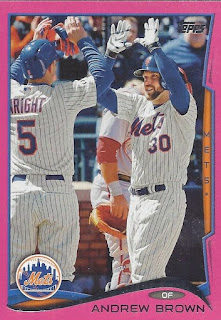 Andrew Brown may not have had the most memorable time in a Met, but he did get a nice base card out of his time there in 2014 Update. 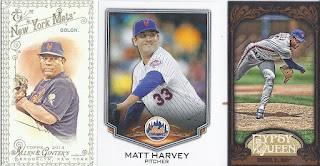 And more Mets that might be heroes despite the lack of their 2*3 Heroes. 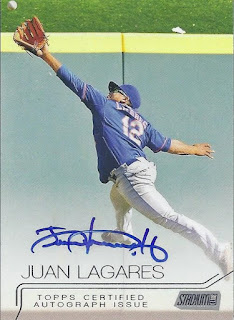 How do you make a great photograph even better? Add an auto! 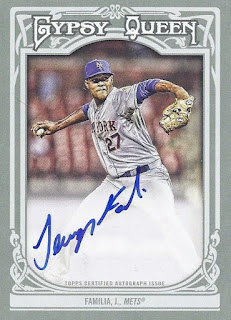 And here's one more autograph to go alongside it. I'm starting to acquire a nice collection of the Mets' closer's auto. This is #4 for in my Mets hit binder. 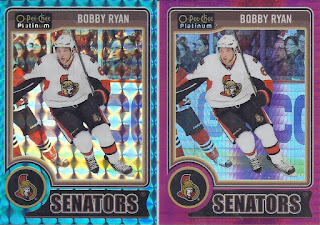 There was Senators content in the 2*3H envelope as well. Here's some really colourful entries to my Sens collection. The blue is /65, and the red that appears more fuchsia than red is /135. 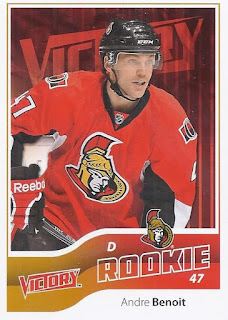 The best thing about adding Andre Benoit cards to my collection is that I can add them both to my Senators collection and to my Kitchener Rangers alumni collection. He's yet another member of that 2003 Memorial Cup-winning team that reached the NHL.

And there's my second card from my zistle wantlist in the same envelope with the Gaborik. I love how similar the photos are on the two Hejduk cards. That wraps up one envelope. Onto another one! Envelope #2 to arrive was from Jeff @ I Wish They Still Came w/ Bubblegum. 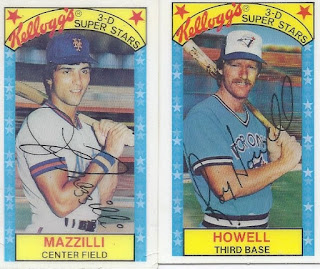 3-D Superstars are always a fun way to start an envelope. 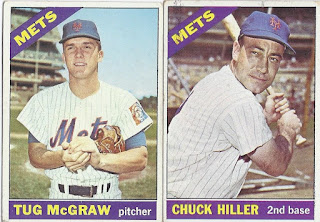 As is some vintage. And of course, any appearance of Tug McGraw means I have to throw out an MST3K quote: 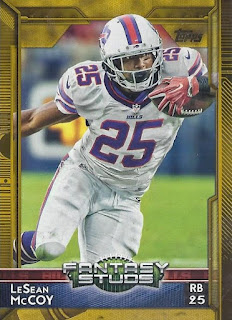 McCoy really wasn't that golden this past season, but I'll still add his parallel to my Bills collection. 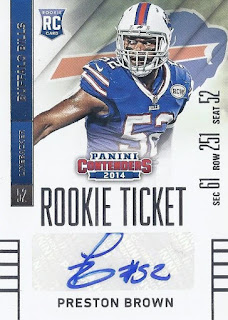 And to go with it, the third auto from this group of mailings. Preston's season was pretty good last year, including a Defensive Player of the Week nod after two interceptions, including a Pick 6 against Miami. 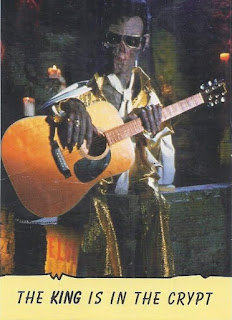 This Tales From The Crypt card seems like a peculiar way to start off the A Cracked Bat envelope. 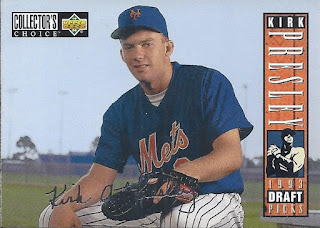 But this silver sig. parallel of Elvis' cousin, Kirk, was behind it, so it made perfect sense! 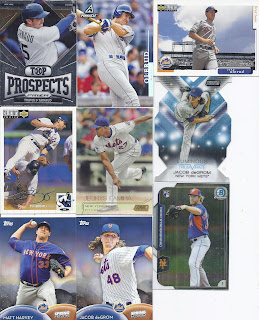 And here's some more Mets to go alongside it. My fave here is easily the Collector's Choice of Olerud, which was the third card in this post to drop off my wantlist. Just a beautiful photo where the partly cloudy sky with the stadium backdrop is also the star.  Honourable mention to the Spring Fever cards which are seemingly impossible to find on this side of the border.

Of course, just I'm, willing to celebrate getting caught up, two more packages come in yesterday. Still swimming against the current!
Posted by buckstorecards at 04:01