While I have already highlighted my favourite new 2/14 card from the Expo with the 2015 Strata Derek Norris, it wasn't the only new card for my binders. Here's the rest of them! 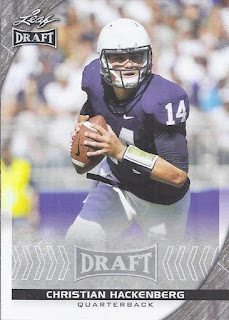 Leading off, a new face for the collection with this Christian Hackenberg card from 2016 Leaf Draft. He's projected to go in the early rounds of the NFL draft this year. The good thing about him being a Penn State product is that you barely notice the airbrushing. Although the stripe down the middle of the helmet counts as a logo that needs removal in an unlicensed product. For some reasons. 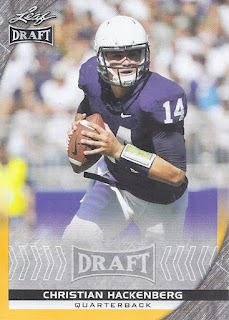 Might as well add the gold parallel to go with it. 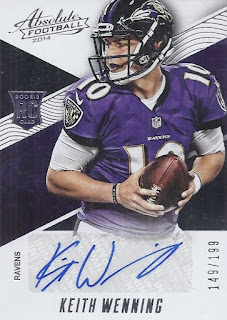 I have 7 Keith Wenning cards in the collection. 5 are autographs. I think I have more copies of his signature in my possession than members of his immediate family. 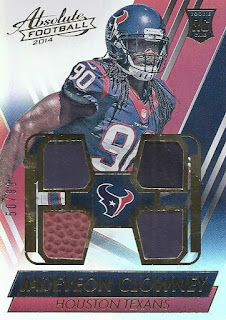 In comparison, this is only my second hit overall of Jadeveon Clowney. Since variety is the spice of life, this card contains one football swatch, one glove swatch, and two jersey relics. Practice squad QBs are much cheaper additions than #1 overall draft picks.

The aforementioned Strata card moved Derek Norris into first place among the baseball portion of my collection. These 3 strengthen the lead with his 30th card. By comparison, 30 cards would be 5th place in hockey, 3rd in basketball and tied for 4th in football.

The Expo is a perfect chance to add some 80s cards to my collection. I'm now 3 away from completing the late Walt Poddubny's base card run, needing only his 1990 and 1991 Score Canadian issues, and his 1990 OPC.

OPC retro cards? With these three joining the Pyatt and Nystrom, that completes the 2/14 portion of this parallel set. 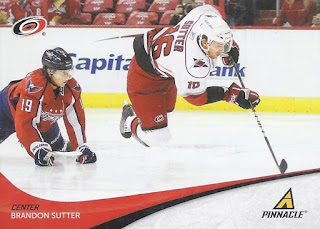 Might as well throw in a nice photo as well. 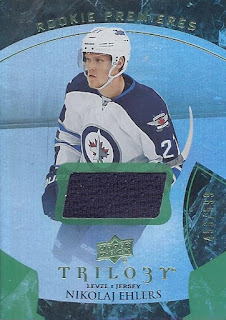 And my first hit of the three guys to make their NHL debuts this season among 2/14 guys. I'll probably add an auto over the summer when things quiet down a bit in the hockey market. Ditto for Matt O'Connor. As for Ryan Johnston, who just debuted with the Habs, I'll likely be waiting until 2016 releases before his cards show up.