Once again, I'm unable to sleep, so I'll clean out some of my scans for the mask binders. A handful of COMC cards, followed by the goaltender portion of a #supertraders envelope from 2*3 Heroes. 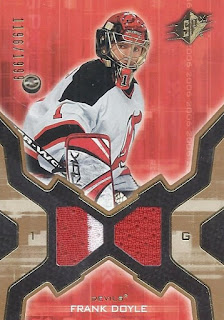 While the "rejected heavy metal band covers" look for the mask paint job can tend to get overdone, it works for someone who played with the Devils. 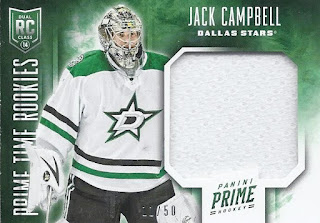 I might as well get the hits out of the way right off the start, with one I picked up just because it was on sale on Black Friday at COMC. 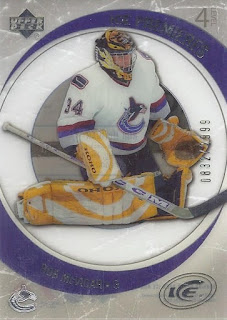 Heading back to the album cover theme, here's a Rob McVicar. A demonic looking creature accompanying someone with Vicar in their name has to at least be somewhat interesting. 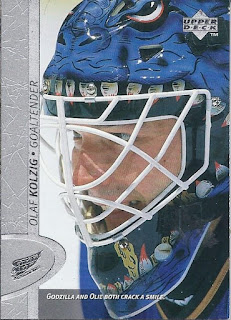 A nice close-up of one of Kolzig's Godzilla paint jobs. 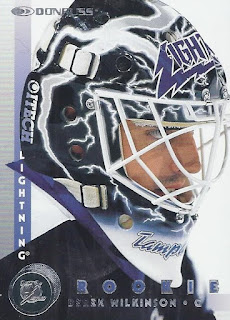 As best I can tell, Derek Wilkinson got only NHL level card. This and its associated parallels. Nice choice for the photo featuring a simple, but effective paint job. 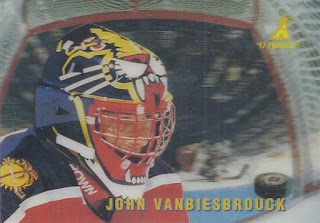 Starting off the trade portion, here's a nice look at Beezer's classic Panthers mask, complete with the rest of the card being all Sportsflix-y. 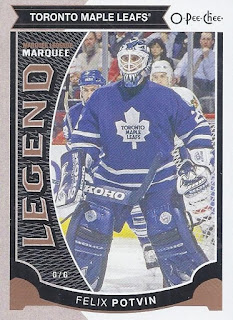 The only other card in there that will go into my pre-lost season binder, since I sort it by player as opposed to card release date. This is one of the SP legends from this year's OPC.

And my post lost-season binder gained a lot of new cards. 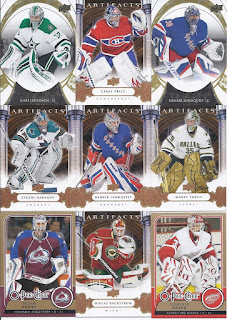 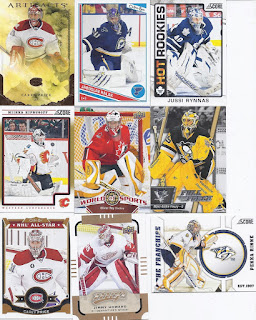 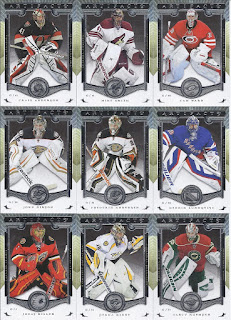 And there were a few more that I didn't want to do a full scan of. A couple dupes among this year's Artifacts. Fortunately, one is the Gibson that will be just at home in my Rangers alum binder.

And there's a big chunk out of my To Be Posted cards pile. I still have the rest of the 2*3 Envelope, a #supertraders envelope from A Cracked Bat, a flea market repack and a hockey group break and a Sportlots envelope. I might even get caught up by the Expo!
Posted by buckstorecards at 01:04