Here's the deal on these if you're seeing one of these flea market posts for the first time. It is a brick of cards, mostly from recent mid-range sets for $5. There's a hit in the middle. 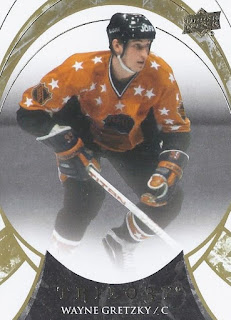 2015 Trilogy - Wayne Gretzky - Quite the start with the first visible card! Can't go wrong with a Gretzky, even if he is rocking the most 1980s All-Star jersey imaginable. 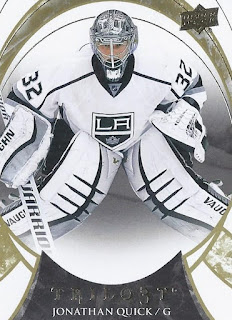 2015 Trilogy - Jonathan Quick - And a mask binder card follows it up. 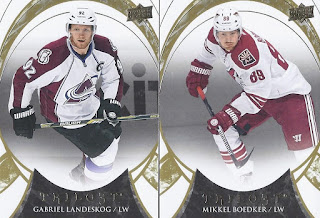 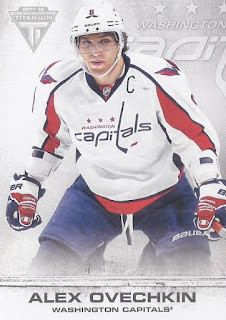 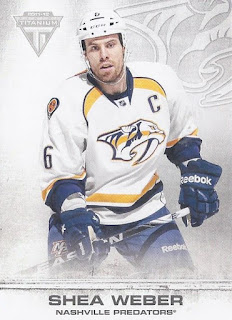 2011 Titanium - Shea Weber - And another one for good measure, even though Washington's logo works better with the design.
2013 Artifacts - Adam Henrique 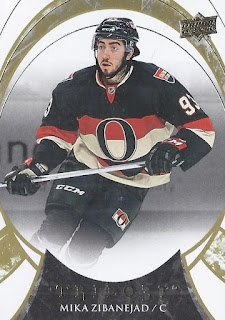 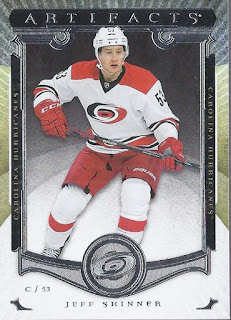 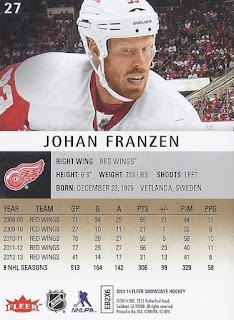 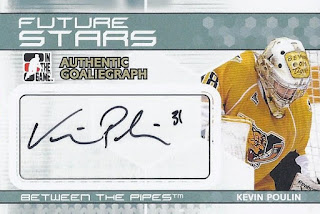 2010 Betwen The Pipes - And the oldest card in the package is the hit. Poulin has had cups of coffee in the NHL with the Islanders and Lightning, and was in the Flames system this year. i do like his "Beware of Tigres" mask from his days with Victoriaville in QMJHL.
2015 UD S2 - Vincent Trochek 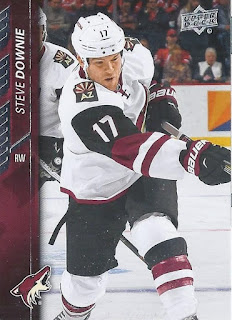 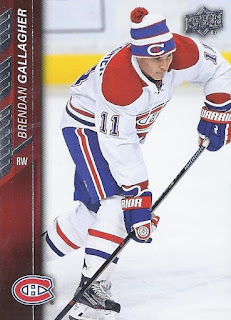 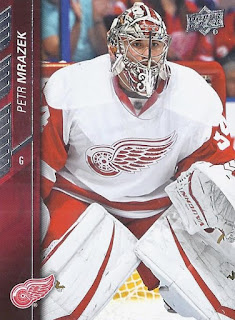 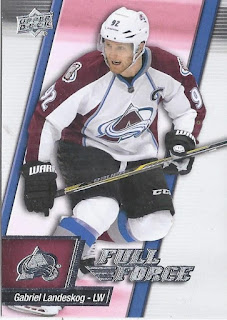 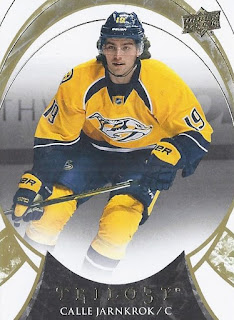 2015 Trilogy - Calle Janrkrok - Not the best way to end, but when you start with a Gretzky, you don't complain about a less than stellar ending to the repack.

And there you have another flea market $5 brick.

Posted by buckstorecards at 15:35