Time to spend a Sunday post recapping a pair of Raptors envelopes that have shown up over the past week. One batch from a group break of Select, and one from Ebay featuring (mostly) Gold Standard. 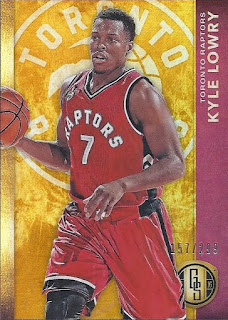 Only one base card among the group of Gold Standard cards. I really like the design this year. I'm just a huge fan of cards with the team logo in the background. If you're going to eliminate the background from the photo, that's the way to do it. 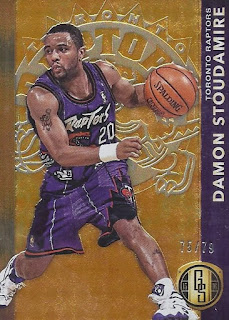 Next up, an AU parallel of the card, numbered to 79. I do like that numbering scheme, since the atomic number of gold is 79. As always, the logo in the background matches the Stoudamire era. Despite scanning a dull yellow, this one is brighter than the base card. 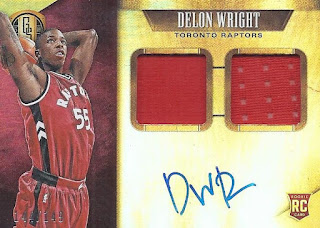 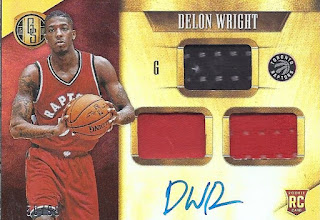 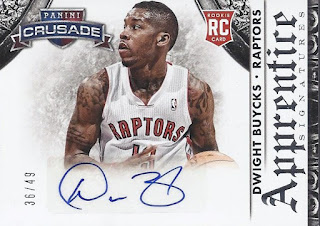 And although this wasn't advertised as part of the ebay lot, this was in there as well. Not a bad haul for $6.00 on the whole with shipping. 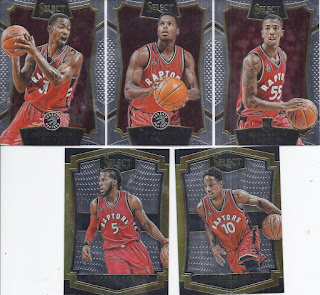 Continuing on to the second envelope - now we've got some group break goodies from a case of Select. Here's the base cards. Nice to add a new card of DeMarre in a Raptors jersey - now let's see him get healthy for the playoffs. 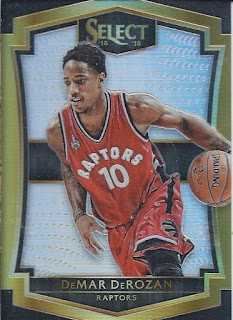 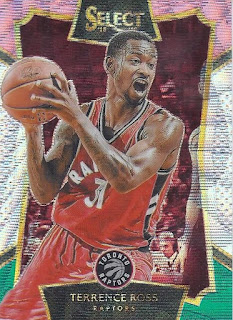 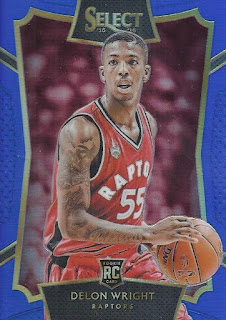 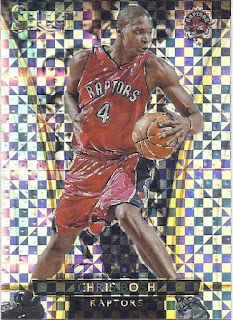 And this break added these 4 cards, of varying levels of shininess and abrasiveness to my collection. Only the blue of Delon Wright is a numbered card, coming to /249.

That is amazingly bright. 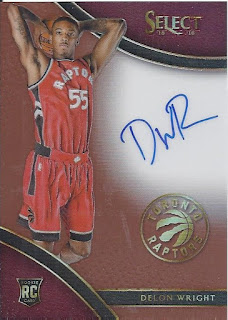 So, let's end the post with a more sedate copper parallel of Delon Wright. That's my third auto of his in this post, which jumps the total autos of his in my collection to 4, all of which are on card.

And that's the best way to post recaps of envelopes - fitting two into one post.
Posted by buckstorecards at 08:23