When it comes to posting my way through the box, I've decided that the 1995 silver signature cards will get a post of their own, as will the highlights of the 1 complete set in there. I'll likely wait until I've wrapped up the 2 2000s UD S1 sets before devoting a highlight post or two to them.

For now, the Expos content among all the miscellaneous cards in the box. The two Canadian teams were easily among the most frequent teams in this portion of the set. I've already pulled the Jays stuff to head elsewhere. 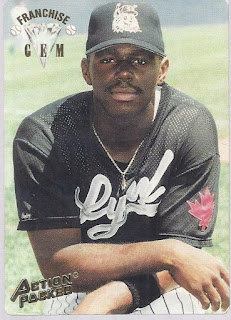 My favourite among the Expos wasn't technically an Expos card. It was an Ottawa Lynx card of Rondell White. While it really doesn't live up to the Action Packed label, it is a different way to remember the Expos through their former AAA affiliate. 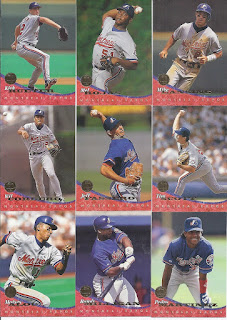 From here on, it is really just going to show up in the order I've scanned them. There were a couple of sets for which the Canadian team content was most of the representation within. 1994 Leaf was one of them (and I got 4 of those Kirk Reuter cards). I'd also completely blanked on Randy Milligan making a stop in Montreal. 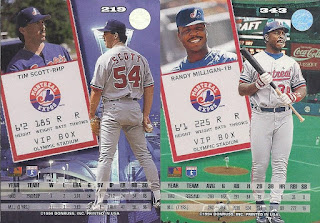 While these backs aren't as great as the backs the previous year, they still warrant at least a scan. 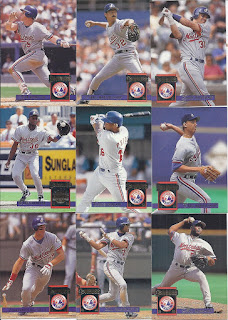 The highlight here is Curtis Pride, whose deafness landed him an appearance in the appropriately named Pride and Perseverance insert set last year. 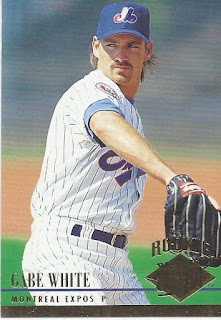 Looks like I've got another Gabe/Gabriel I can be on the lookout for when my next package makes its way to the clubhouse. 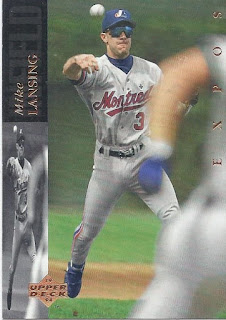 Another set that made only one appearance among the Expos. 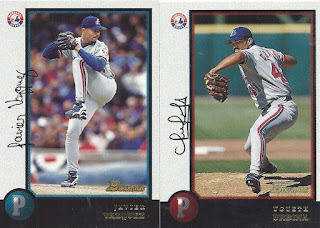 Along with some 1999 Stadium Club, these were the most recent cards in the miscellaneous portion of the box. 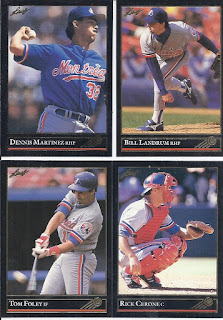 Oh yeah, Rick Cerone was an Expo. He's up there with Milligan in terms of completely blanking on their tenure in Montreal. 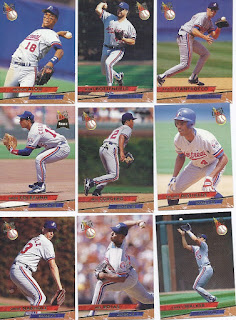 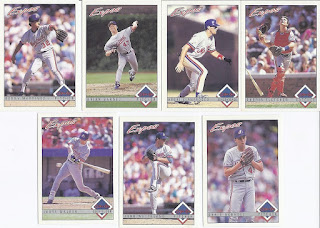 More Archi! It is appropriate that I did get a good number of bilingual cards in this group. Brian Barnes also gets a nod for having the derpiest face among the Expos in this. 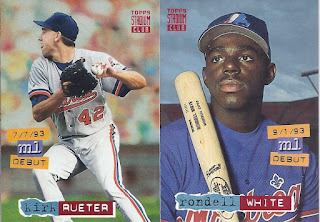 Now, some 1994 Stadium Club. I'm not too crazy about the ransom note look to the text portions of this. 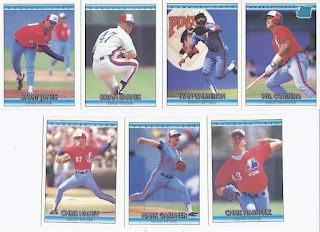 And a whole bunch of spring training red uniforms to close this up. That's also the Barry Jones I have to watch out for when looking for 2/14 cards as this is the Barry Jones that doesn't fit into that collection.

And there you have it!
Posted by buckstorecards at 11:40