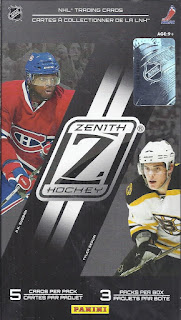 $10 for a blaster with a guaranteed hit? Why not? 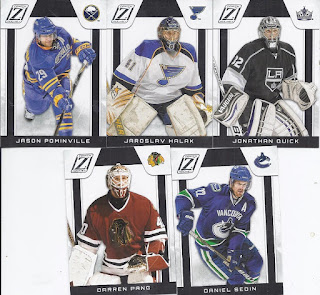 It is usually obvious which of the three packs contain the hit, as there don't appear to me blocker cards in it. Only base cards here, but it is kinda neat to see a Darren Pang card in a 2010 release. 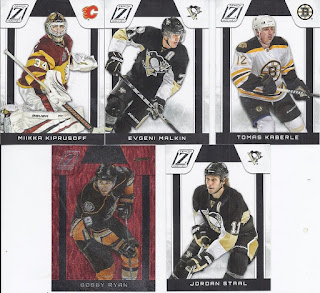 And there's a parallel in this. I've busted two blasters, and both had one of these in it. This one is a little more understated than the Jean Beliveau I got from my previous one. Less red at least. 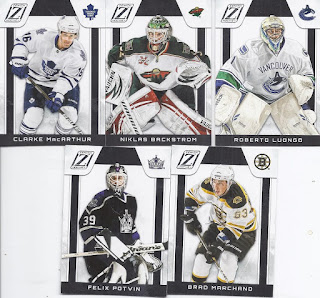 Felix Potvin is the "this guy's in a 2010 set?" guy here. Although my first thought about him isn't with the Kings. It is of him as a Leaf. 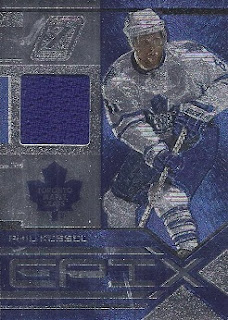 Which leads into the one hit per blaster. While I'm rarely happy to pull a Leaf card, at least it is of someone who had a less than beloved stay in Toronto. This is listed as a "dare to tear" card, which cancels my suspicion that these etched cards were hobby exclusive. The card is /100 as well.

And that's the blaster from the Expo.
Posted by buckstorecards at 14:05