I guess now is as good a time as any to start to dig into this box (and bubble envelope) of goodies. This will be the first of what will be at least 5 posts of goodies from this, and I'll be spreading them out over the next few weeks.

As the title indicates, this first post is rife with Buffalo Bills additions. 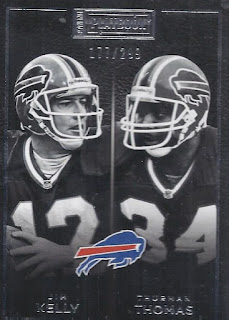 And let's start with some literature! 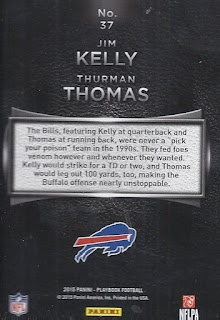 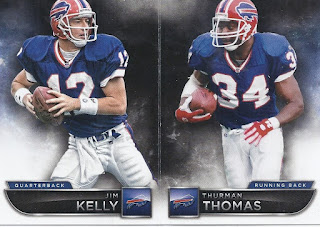 but I have no complaints about the contents! While this does feature 2-14 baby Jim Kelly prominently, I'm probably considering this a Bills card for the purposes of storage, since it is more of a Bills card than a Jim Kelly card. 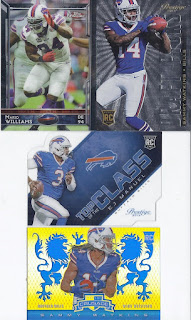 I'm highlighting these 4 cards all in one group because these were the only unnumbered, non-hit Bills cards in the package. In fact, that Mario Williams from Chrome was the only base card among the Buffalo content. 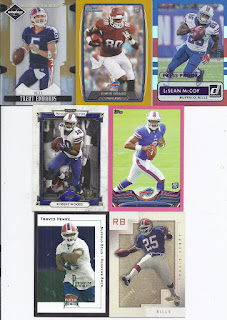 In the same vein, these were all the numbered parallels. I really like the ones where the colours of the parallel mesh with the team colours, so the blue Robert Woods is my favourite of this bunch, with honourable mention to the McCoy for being a parallel from Donruss, which was my favourite of the lower end releases last season. 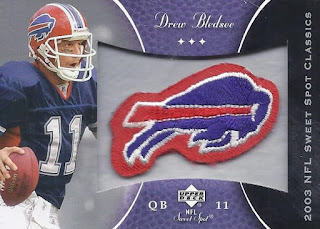 While this is a nice manu patch, I'm probably going to add this to my 2/14 collection as my 31st Drew Bledsoe card. Drew now moves one ahead of David Garrard for 4th place among the football portion of that binder. 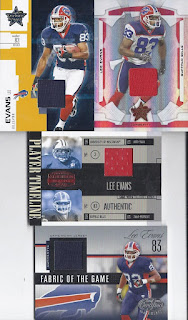 I've got to be close to completing a Lee Evans jersey courtesy of relic cards. Either that or a Robert Woods. 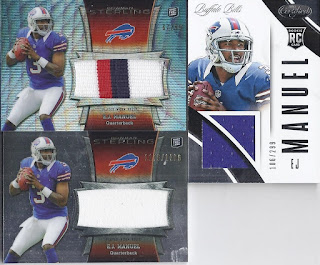 EJ Manuel did make a valiant effort in terms of total additions to the hits portion of the binder. The base one is a dupe for me though, meaning that it will find its way To The Clubhouse in my next mailing. 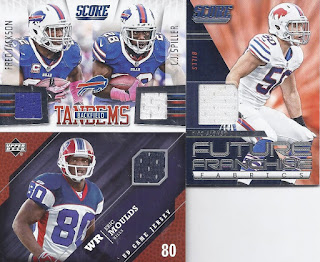 And these three more relics end this portion of the envelope, with much more to come. I really like the backfield tandems dual relic, and wouldn't mind seeing another with the latest two-headed monster of McCoy and Williams. It is kinda interesting that despite the label of Future Franchise on the card, Kiko ALonso had already played his last game for the Bills when the card was issued.

And there you have a bunch of Bills!
Posted by buckstorecards at 11:31