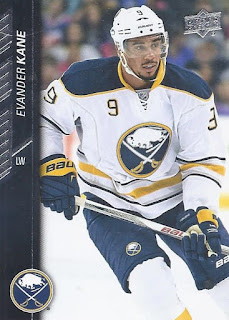 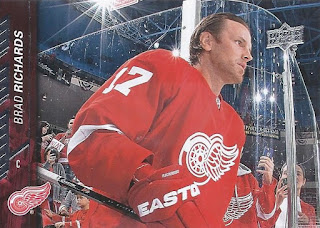 Brad Richards - A really interesting choice for the entrance card, especially with others taking cell phone photos on the other side. 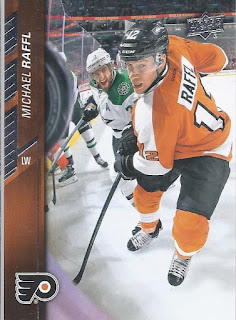 Michael Raffl - A great cramped angle along the boards. 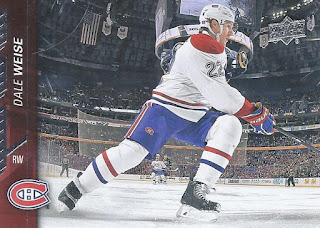 Dale Weise - And more great stuff with an ice level shot. This has really made me miss UD having a license in other sports.
Jimmy Hayes
Jaromir Jagr
Jacob Trouba 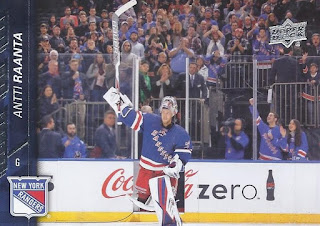 Antti Raanta - I pulled one of these in one of my first S2 packs, but this one deserves to be shown off a second time.
Jay Bouwmeester
Rasmus Ristolainen
Brent Seabrook 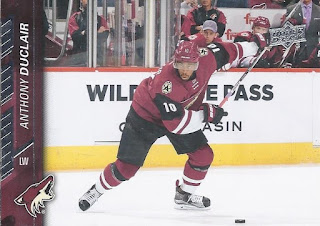 Anthony DuClair - A good decision to use a horizontal layout for this card. 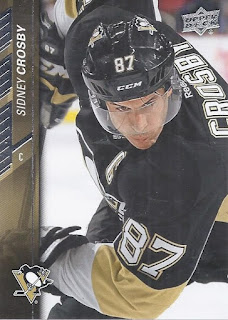 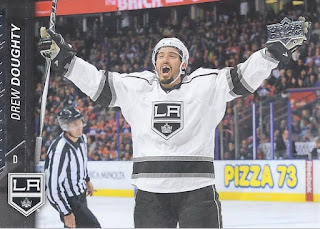 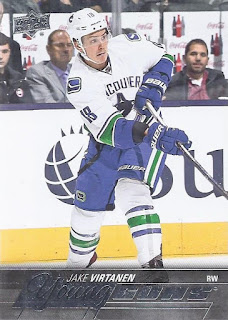 Jake Virtanen - Not a bad YG card to get. 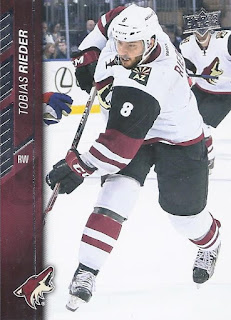 Tobias Rieder - A good three card run, wrapping it up with a Rangers alum.
Teuvo Teravainen 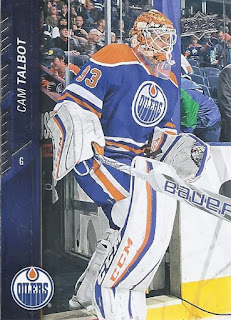 Cam Talbot - And here's a card I'll likely look for a dupe of for the mask binder. I think I know someone who is a fan of the Ghostbusters.
Marco Scandella 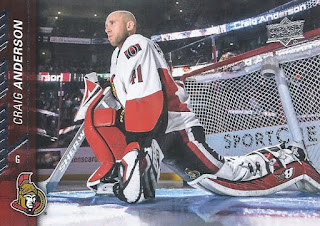 Craig Anderson - Another sens dupe, but such a nice photo I have to show it off again.
Mikko Koivu 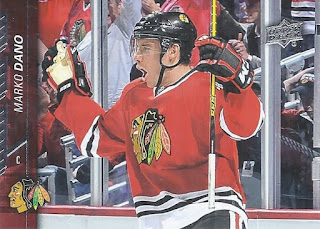 Marko Dano - Must resist urge to end with some sort of, "Book 'em Dano" reference...oh poopie.
Posted by buckstorecards at 09:27