This past weekend, I got into a random group break through the LCS, Clouts 'n' Chara. There was a nice mix of products, including some higher end boxes like The Cup. I ended up with a team slightly below average when it comes to possibilities with Dallas. Although I didn't end up with a card from the big product of The Cup, I still got a quartet of really nice cards. 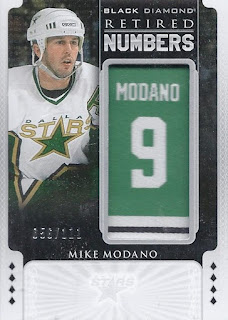 Starting off with a card from this year's Black Diamond release. The numbering scheme relates to the year the player retires. Modano's last year was 2011, so it is numbered to /111. If a player in this set retired prior to 2000, the card is numbered to the last two numbers of that year. The jersey portion of the card is a cloth manupatch - appropriate for a retired jersey themed set. 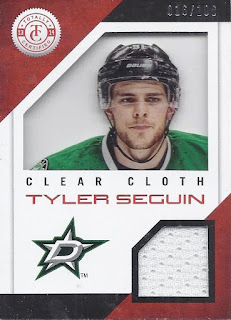 Probably the dullest of the cards I landed. When the least interesting is a card with an interesting design to go with the relic, that's a nice little break. 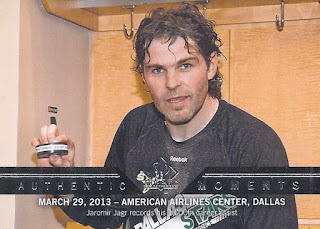 I love when a "pose with milestone puck" makes it to the player's card.

And the final item was the big hit for me. Although I can think of at least two Super Traders (the Buffalo collectors), who wouldn't want this sent their way. 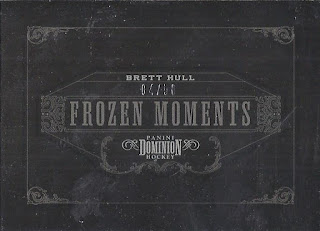 Here's the back (along with some folks saying "In front of the crease certainly counts as also being in the crease". 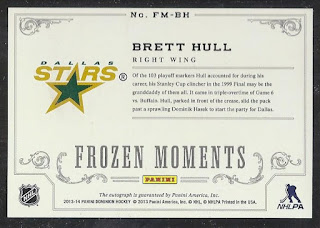 This looks even nicer in person. The colour images are on acetate, and they appear on a black and white background with a shadowbox effect. The autograph being on acetate as well creates an additional shadow on the background. A really nice keeper card of HOFer.

And there you have it.
Posted by buckstorecards at 15:26