Due to family issues, I'm kind of on a scheduled posting mode at this point, so I'm doing a lot of these all at once. This one is getting typed up not long after the game 4 loss, so, by the time this post goes live, the Raptors might have advanced to the second round, or might be preparing for a 6th game, or a 7th game, or have already completed their third annual one-and-done playoff run.

But, this does seem like a suitable time to show off some Raptors that have been lurking in my COMC to-be-posted container for way too long, and some Raptors from the JBF MegaBox. 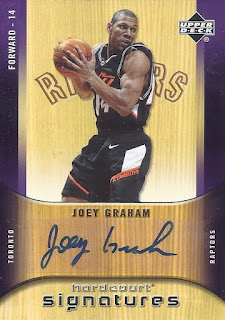 It is really a sad state of affairs for the team when this Joey Graham signature is a legitimate contender for best penmanship during the team's run. 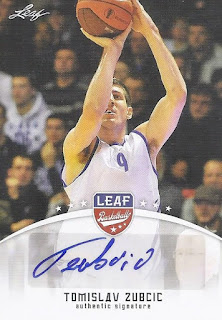 Zubcic was a second round pick of the Raptors in 2012. He never played a game for the team, and was traded last off-season to OKC. He's spent some time in D-League this season, and has yet to play in the NBA. But, since he was drafted by Toronto around the time this card was issued, this still counts as a Raptors card. 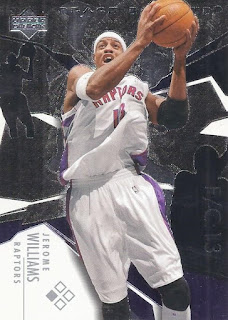 One's Raptors collection can never have too many appearances of the JYD. 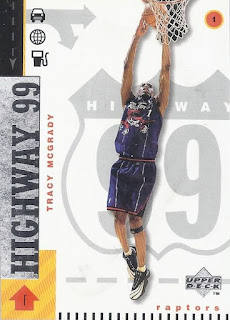 Two reasons behind this card. I like the highway motifs on the design, and it was cheap. 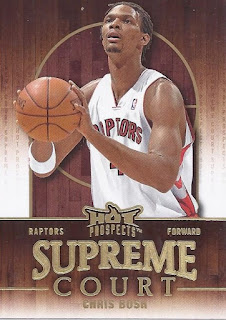 The same as with the McGrady, except take out the design portion and just call it a cheap card for the Raptors binder. 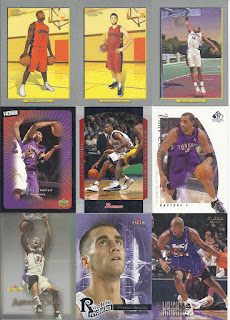 And finally, some Raptors from the JBF Mega box. 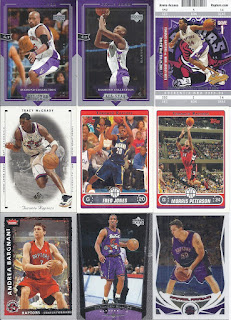 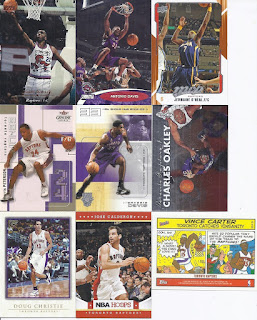 And even more. Now, just two more posts to wrap up the latest mailings.
Posted by buckstorecards at 11:09