And more Dollarama Surprise Bags end up posted. 3 this time. 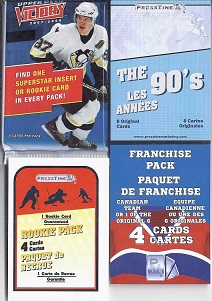 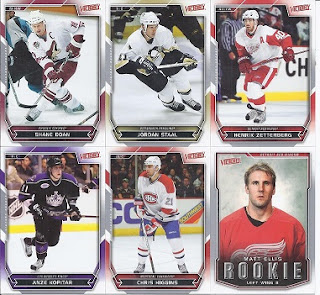 Leading off with the pack of Victory. Matt Ellis' photo has the look that just screams "I just buried a hitchhiker in the crawl space." 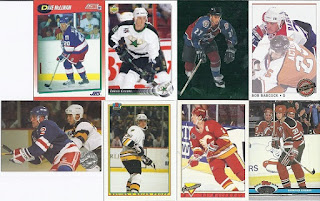 90's means junk wax, but I did get a new Al MacInnis for my Rangers alumni collection. I kinda like the design on the Babcock with the partial fading of the other player as well. They used that design throughout the set, but there were only a couple photos with another player in the foreground. 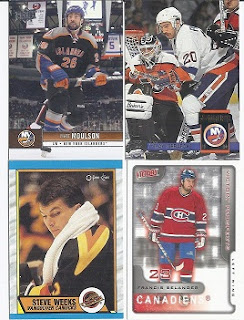 My promised rookie card is of someone with 10 more games of NHL experience than I have. I think I like the two Islanders card more. Great photo on the Moulson with all the visible banners. 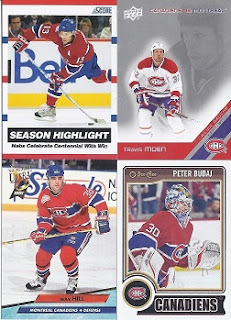 But the Franchise pack of Canadiens was pretty good. There's a Cammalleri for a future TMM envelopes and a Budaj for the mask binder. Still, the best here is the new 2/14 card of Sean Hill. This was really one of those "How did I not have this card already?" acquisitions. 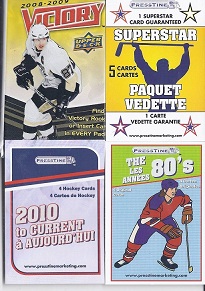 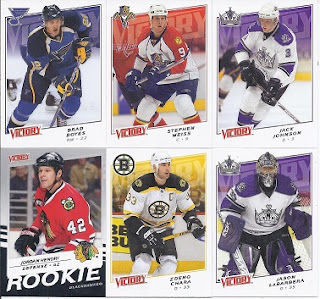 Nothing here for my Victory set build, although it was knocked down to 1 courtesy of a Bob Walk the Plank envelope. I'm thinking I've already provided the Jack Johnson card to TMM previously. Still, that will likely end up in the next envelope. 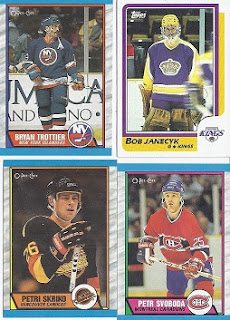 I guess 1989-90 cards are technically 80s. I didn't need the Svoboda for my 2/14 collection. At least the Janecyk was new. Nice use of colours on the border at least on Janecyk, though. 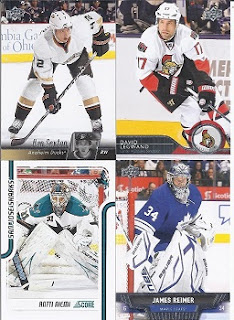 2 mask cards and a Sens card should make the 2010s pack a winner for me. 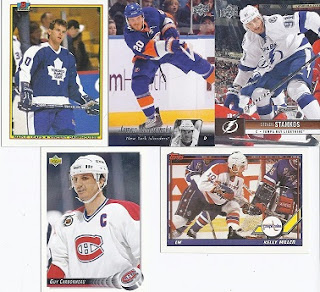 I'll assume Stamkos is the promised Superstar in the pack. My second card in this break from the same set that features a photograph from the ice looking up. Strangely enough, my favourite photo in this pack was the Miller. A neat horizontal photo of one a struggle by the net. 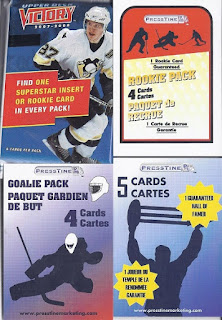 And one more to go. 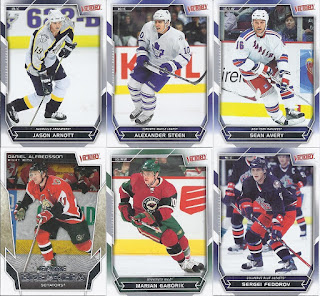 A really good pack of Victory to start off. A new Alfie for his PC. A new Gaborik for my 2/14 PC. Landing a pair of new cards PC cards makes this easily the best of the non-repacked packs in the repack. If that makes sense. 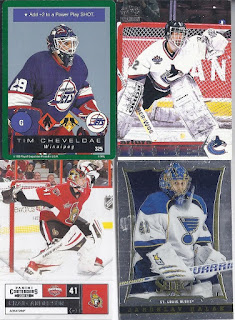 Not too bad for the goalie pack. Only the Halak was a dupe. While Irbe's plain look won't qualify for the binder, it will go in the misc collection, since I'd completely blanked on his time with the Canucks. The Cheveldae is from the 1995 Playoff One-On-One Challenge release. Kind of an oddball, I guess. I have one of the Andersons already, but it will slip into either the Sens or mask collection, whichever one I didn't have it in already. Probably the Sens one. 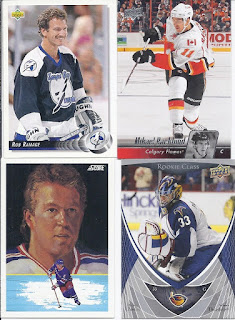 And the rookie pack provides yet another new card for the mask binder in the form of the promised rookie card. No complaints here. 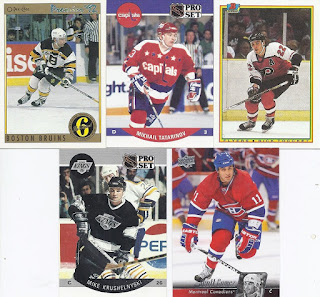 And the Hall of Fame pack. As usual, it is from a junk wax release, but at least it featured a throwback anniversary uniform!

And there you have it.
Posted by buckstorecards at 03:55