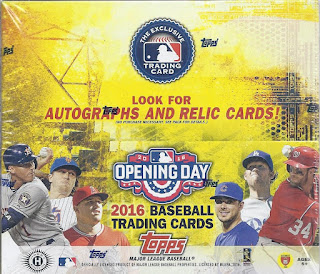 And to wrap this up, here's the last of the wax I busted via the Expo. 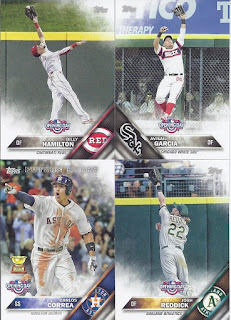 One of the more interesting elements of Opening Day is taking a look at images that will be making an appearance in Series 2. Since Series 1's #1 featured a home run being brought back by Mike Trout, it is appropriate to see more of that coming up in Series 2. Along with a nice Carlos Correa. 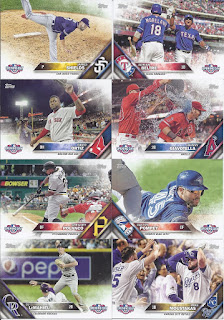 A little more variety is visible among the interesting horizontal cards. I really like how Fenway is also as much of a star on the Ortiz as the player himself is. 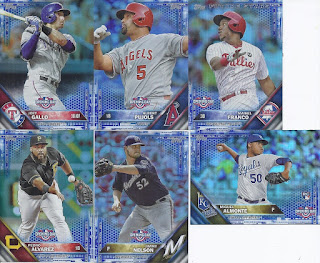 The Opening Day Edition parallels fall at a rate of 1:7, so 6 per box looks about right. 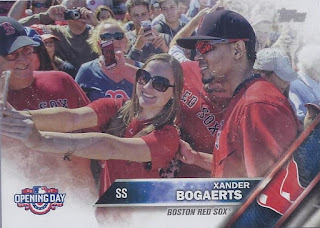 But this was a pretty good pull for a so-called base card. This is a photo variation of Bogaerts, and these fall at a rate of 1:393 packs. So, while I didn't get an actual hit from the box, I still did land a pretty tough pull. I should probably ebay this, but am more tempted to hold on, hoping some Red Sox fan will come across the Tejada variation and want to swap for it. 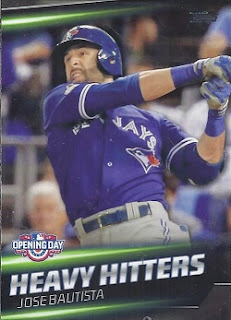 Starting with the least interesting of the group. Just a generic slugger-themed insert. I got 7 of these - at least one was Joey Bats. 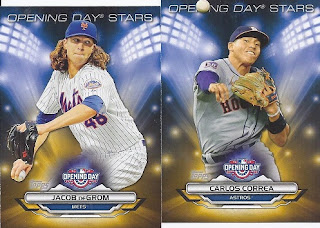 With Opening Day stars lacking the lenticular action from previous years, these really aren't as nice as before. At least I landed a Met, and didn't land a Ryan Braun, who seemed to follow me around over the past two years. These are 1:24, so I did slightly better than expected. 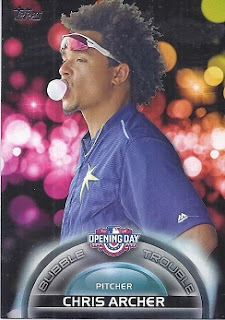 I thought that Bubble Trouble would be like those bubbles refractors from previous years. It turns out that it is just a player blowing a bubble. 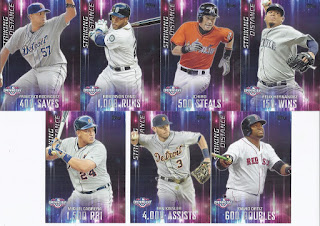 Striking Distance inserts, which cover players approaching milestones, is a neat little set as it gives fans things to look for during the current season. 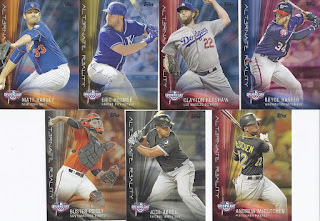 While alternate reality isn't nearly as cool as the Franchise Flashbacks from last year, the backs of the card point out the difference between the regular and alternate uniforms. But why would you use a photo of Buster Posey in full gear when you want to show off the uniform of the player as opposed to the player himself? 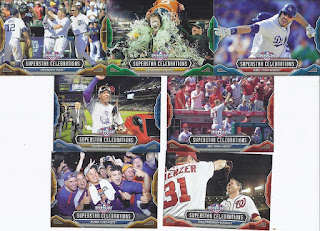 Superstar celebrations return in this year's set. It is nice to see some variations in these, at least with my pulled cards, than just the standard Gatorade dump and shaving cream pie. 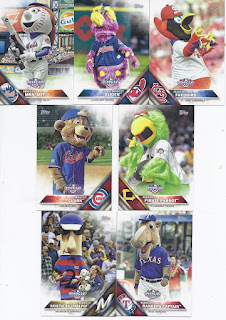 But my favourite insert portion this year, as with all previous years, is the mascot portion of the set. While normally, I'd be most excited about acquiring Mrs. Met's likely cardboard debut, my status as dog people has to make Hank my favourite of the mascots. 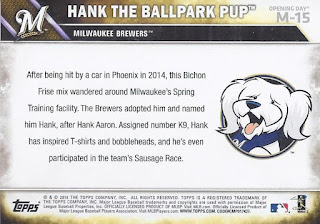 And while it seems like this would wrap up the Expo acquisitions, I still have one more thing to get to: 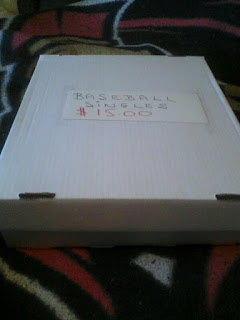 Posted by buckstorecards at 06:02