Even a Runner-up can Win the World Cup of Trading 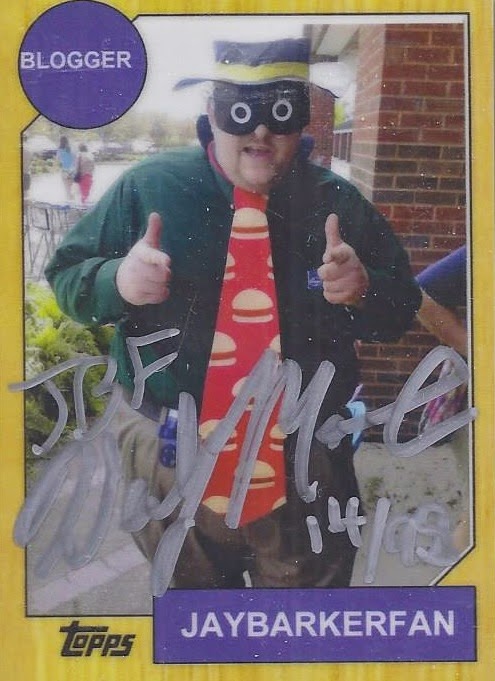 Although I didn't win the World Cup of Trading, falling to Bob Walk the Plank in the final vote, I still got a really nice runner up prize, in the name of additions to my Expos and Bills collection. 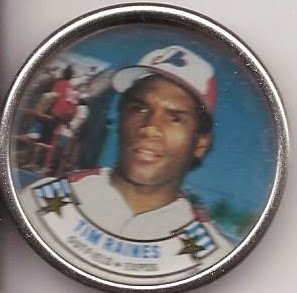 Always welcome in my collection is something a little out of the ordinary, and this certainly is. I have very few coins in my collection, and despite my not being too sure of how this will fit and stay in the Expos binder, I'll figure out a way to add it in. 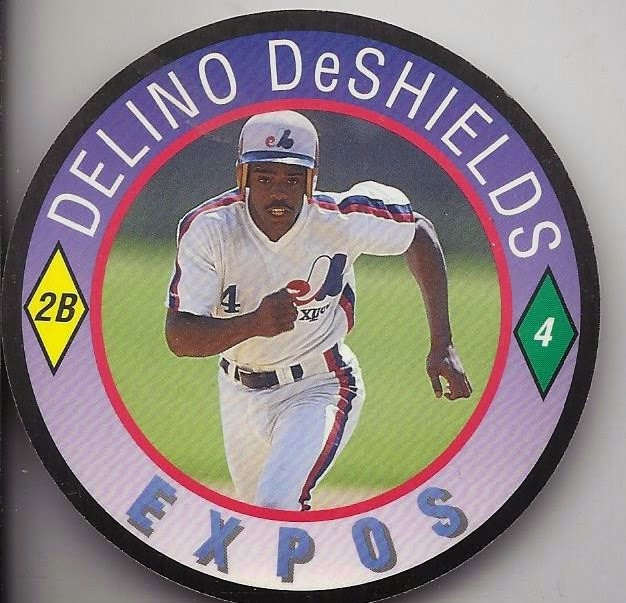 And this might be even tougher to find a home for, as this card is wider than your typical 2*3 card. I might have to wait until the Expo to find an appropriate binder page for it. 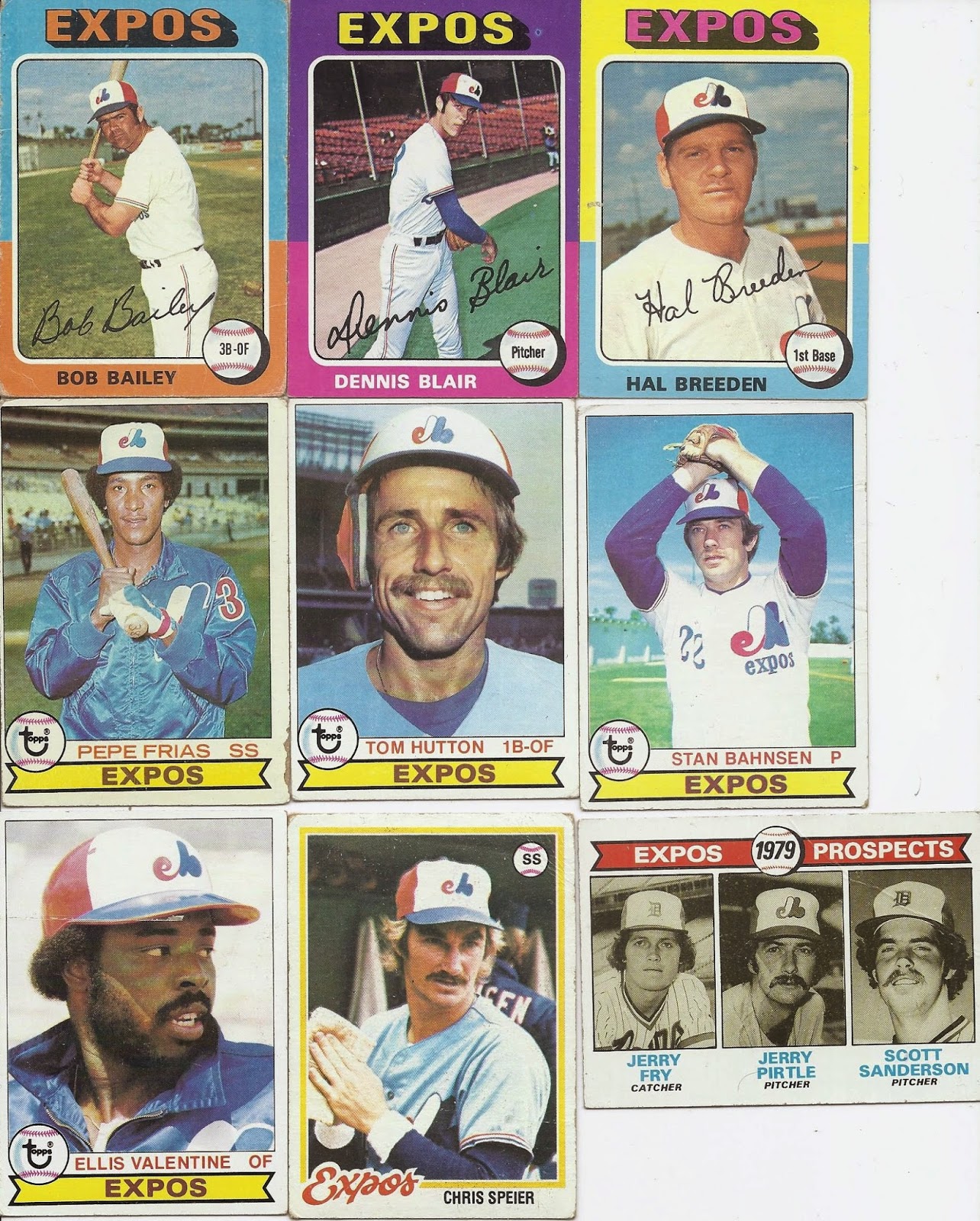 And to wrap up the Expos portion of the package, here's some 70's cards. Anything with 1975 cards in it is automatically great.

And then there were Bills.

One of the items was a Teenymates of the Bills. While that isn't really able to be scanned (despite having done so for my hockey ones) this one will look nice standing next to my Senators one.

There were only three Bills cards in this package, but all were spectacular additions. 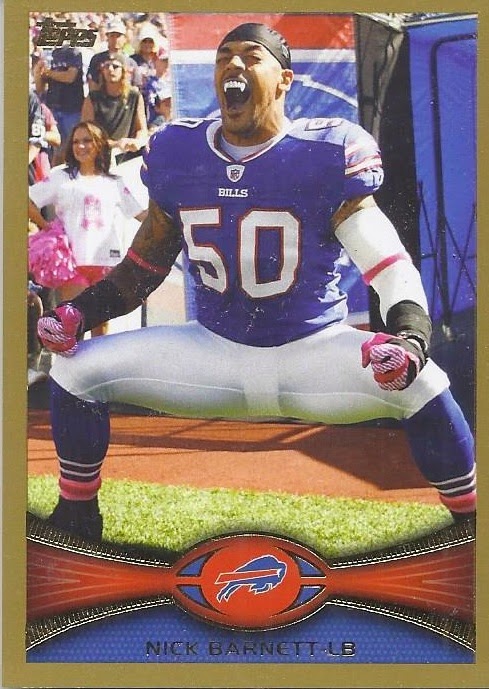 Nick Barnett only played two seasons with the Bills, but this introduction photo might be one of the best base card pictures in team history. I'm just hoping this was from the game just before 10/31 instead of some random game. Otherwise, there might be a reason he was only with Buffalo for 2 seasons. 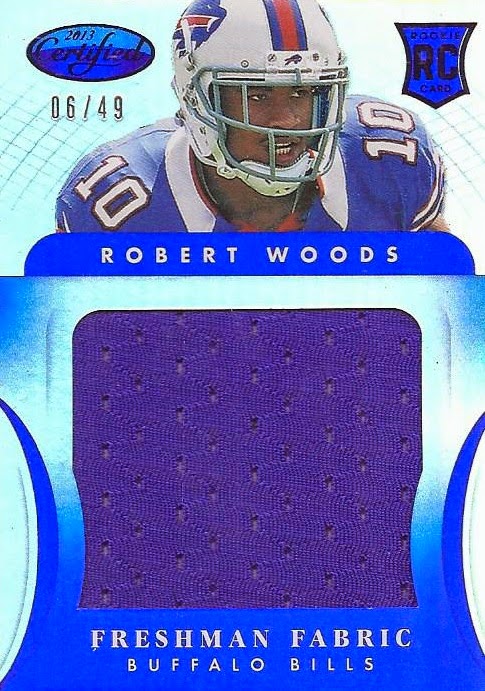 A nice large relic of Robert Woods is next. I might have accumulated enough Robert Woods relics to put together a complete jersey by now. It is a shame that nobody outside of the Bills fanbase seems to have heard of him, although he is putting up really good numbers. He makes a highlight reel helmet catch, only for it to fall one day after Odell Beckham's spectacular catch. But, his obscurity makes his cards inexpensive additions to my collection. 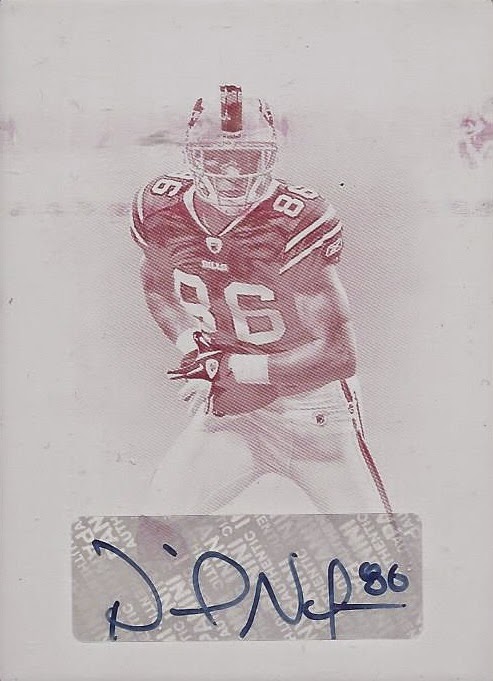 From a /2012 card. To a /49 card. To a /1 card. My first Buffalo Bills printing plate, and my first one period with an autograph on it. With one on the way courtesy of COMC's Black Friday sales, I now have at least one for all of my teams.

So, JBF, thanks for the contest, and the prizes!
Posted by buckstorecards at 13:50