Time to wrap Saturday up with the hockey and football content. Those are pretty sparse volume-wise, so in an effort to salvage something in terms of volume, I picked up a football box at Target from Panini with 6 packs of 2013 Score, 2 Hobby packs of 2013 Prizm and 1 pack with 3 Prizm inserts.

In retrospect, I should have stuck with what I had. But, those are up later. I'll start with my hockey and football keepers from the show. 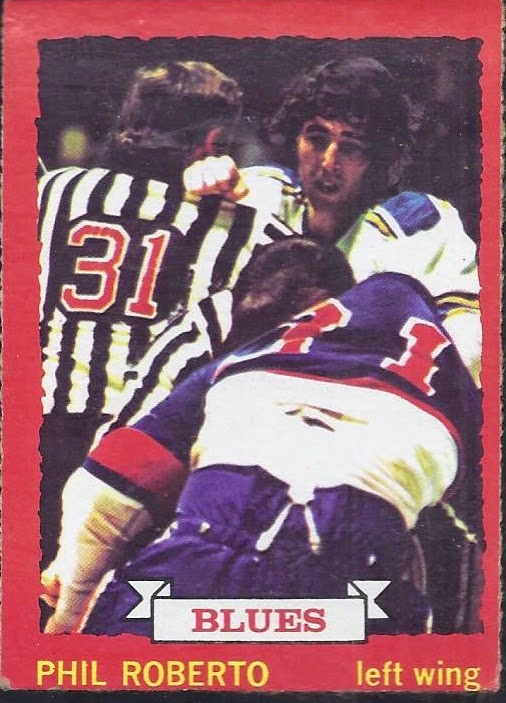 Opening up with my big spending purchase of the day. 1 whole dollar. But, it did add a rare appearance of a hockey fight immortalized on cardboard to my collection. While I love the fact it is a vintage OPC card from 1973, it still isn't my favourite brawling card. I still have to vote for a 2-14 card in that small collection. 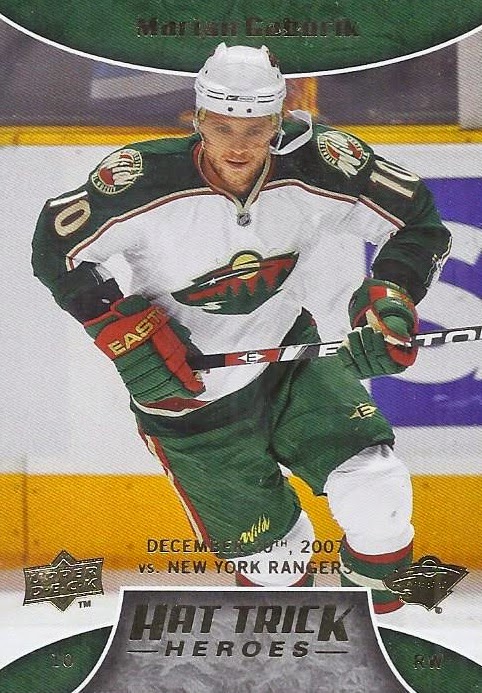 Speaking of the 2-14 collection. Here's one new card for that binder. 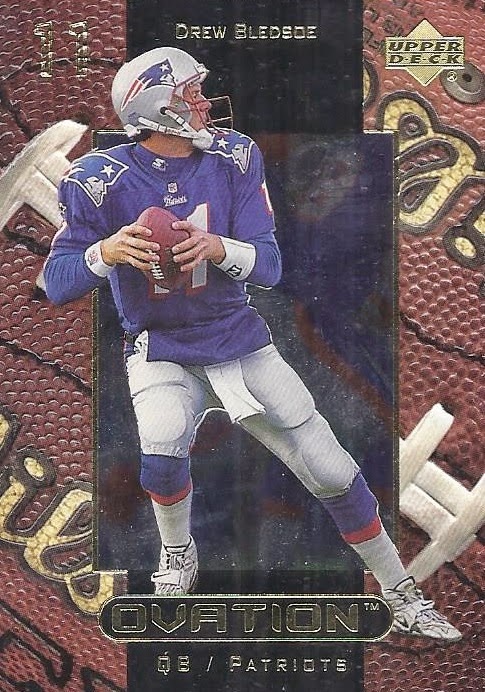 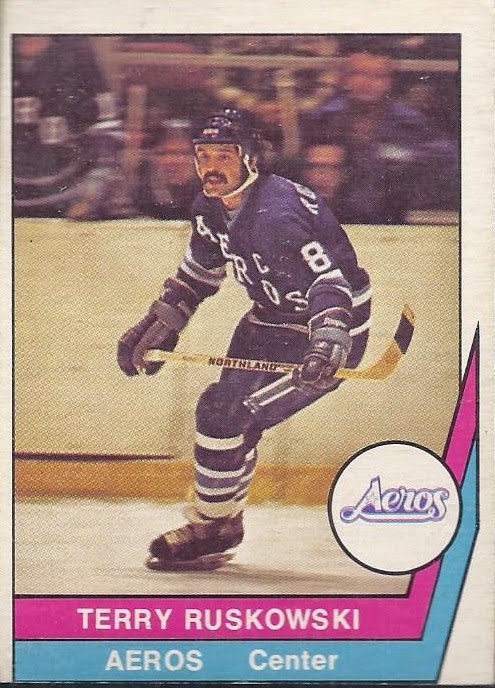 And finally, a WHA card is always a nice grab from a quarter bin. Even if it wouldn't exactly count as a perfectly centered card.

And that's it for that, although some of my other finds will be on their to other bloggers in 2015.

So, lets' dig into the box of regret.

Starting with the separate bag with Prizm inserts. A guy who has barely played this season (except to fumble), someone who has yet to play in a single NFL game, and someone who was suspended this year. That is painful. The purple is /49. 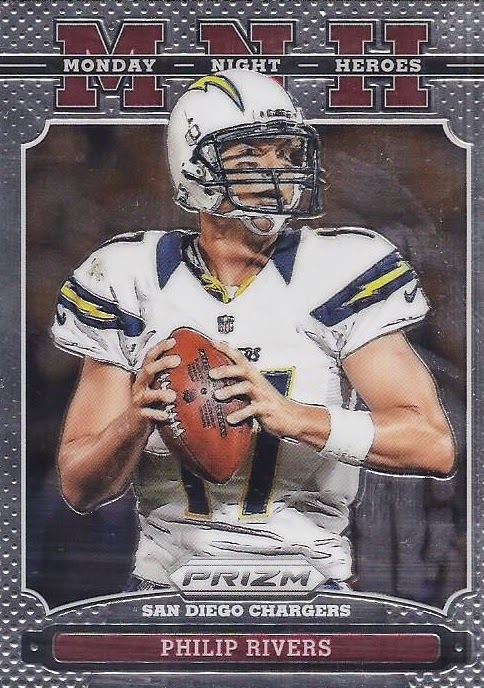 The Prizm packs didn't even contain a single shiny card. This insert was all of note in there. 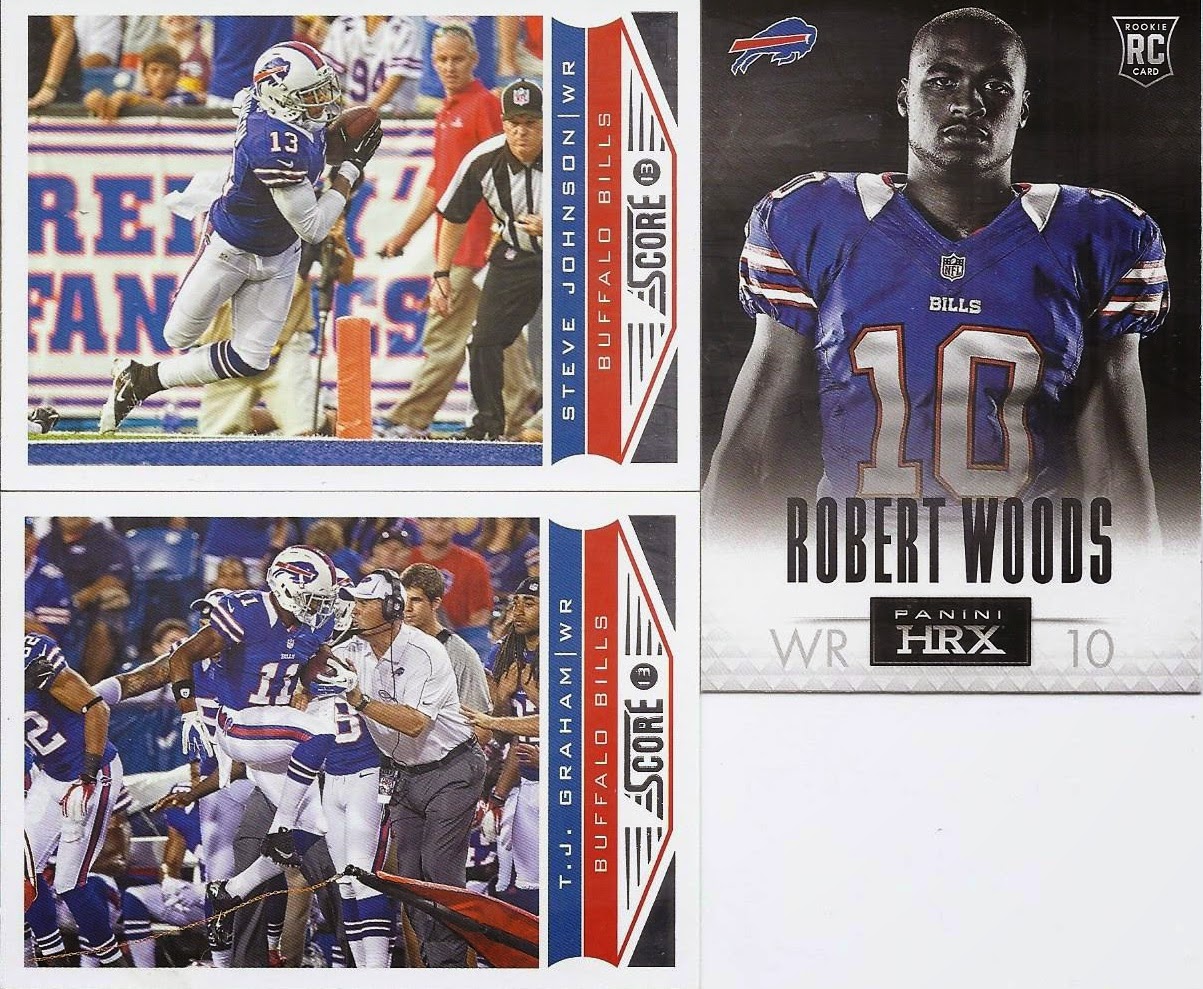 Bills content in the box? All dupes from my PC. 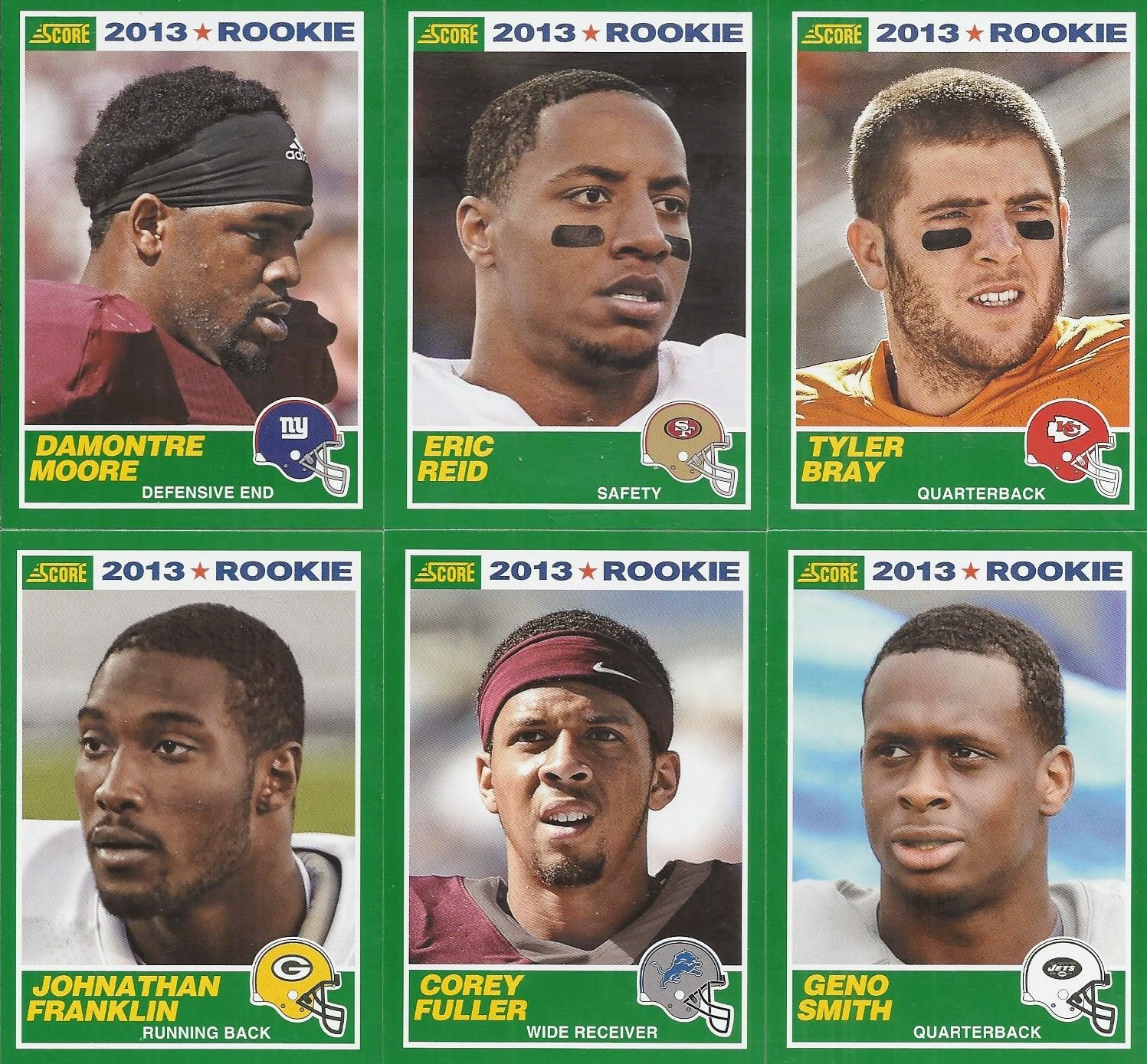 Rookies seemed to fall at one per pack. And these were them. Geno is set aside for an envelope that will head to Bob Walk The Plank sometime in January 2015. Other than that, at least 4 of the other 5 guys are still in the league. Franklin had to retire due to a neck injury.

You got either a parallel or a rookie insert in each of the packs. And here these are. More Geno for BWtP. I do like the blue border parallels, although that might be because the border colour works with the team colours. 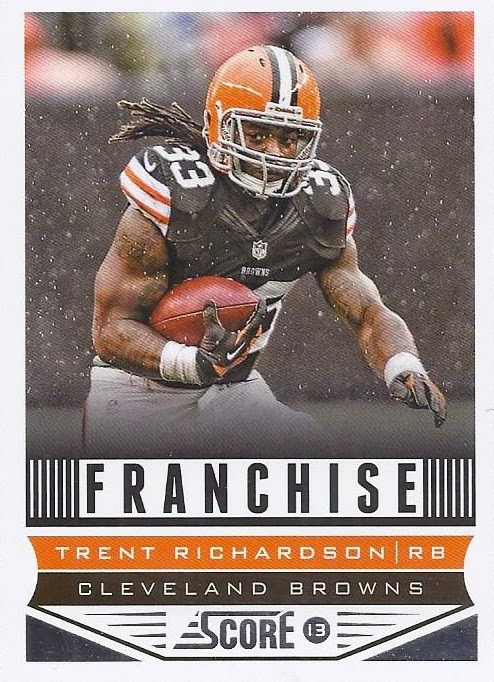 So the photography is going to have to save this box. And it does somewhat. I love cards where the photos were taken during some sort of precipitation. 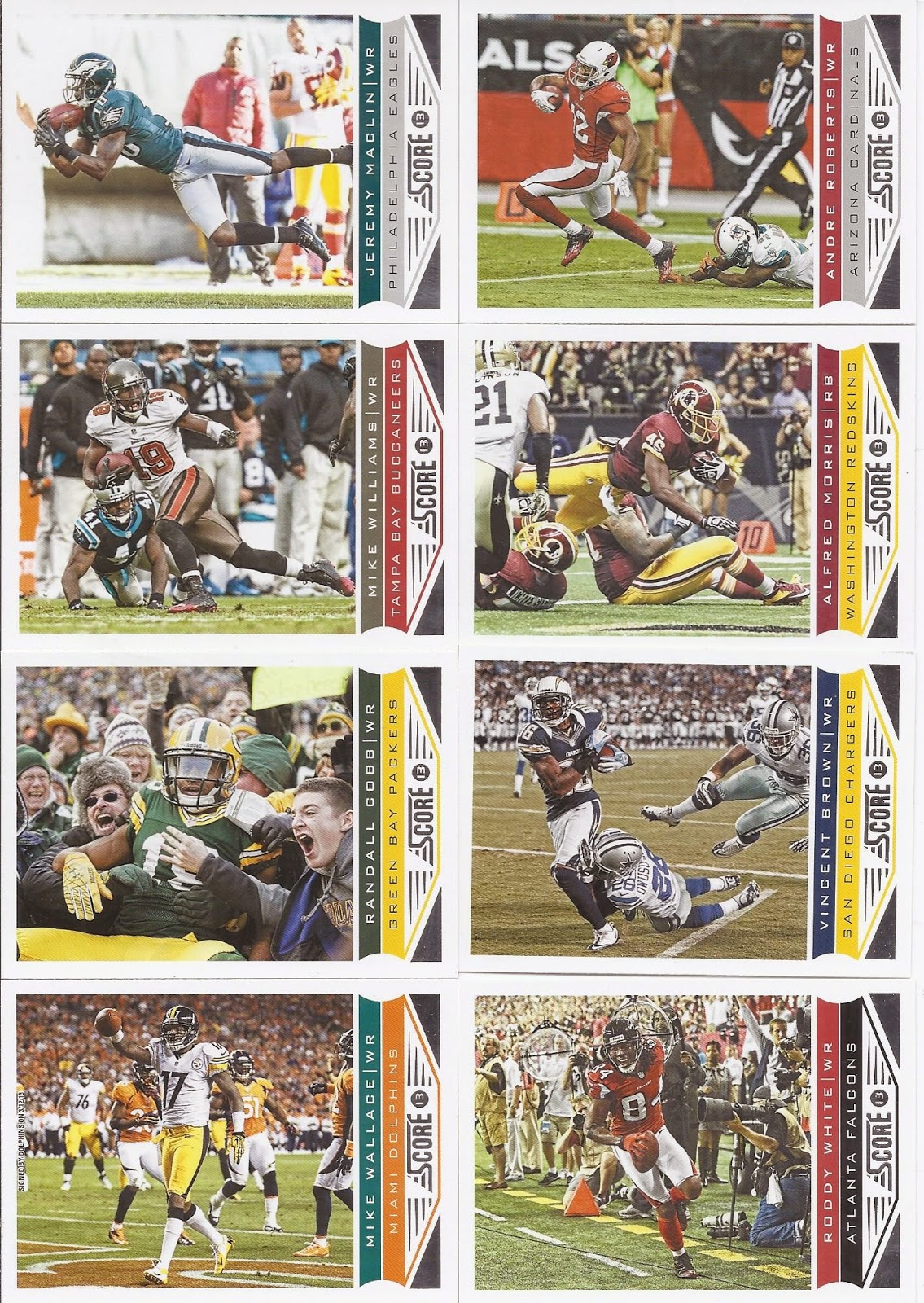 But it is the horizontal cards that really came through. I've pulled that Randall Cobb Lambeau Leap card before. It is getting highlighted again because it is a beauty. I just wish there was a cheesehead in the picture. That fire helmet thing doesn't count.

Great photos, but I still should have passed on it.
Posted by buckstorecards at 14:27