One last auto post. Although I might have made an impromptu one last night depending on the results of the game.

I hit the LCS on Wednesday hoping to pick up a pack or two of the Panini Classics release. Alas, there was none. But, instead of leaving empty handed, I picked up a pair of packs proming shiny cards within. 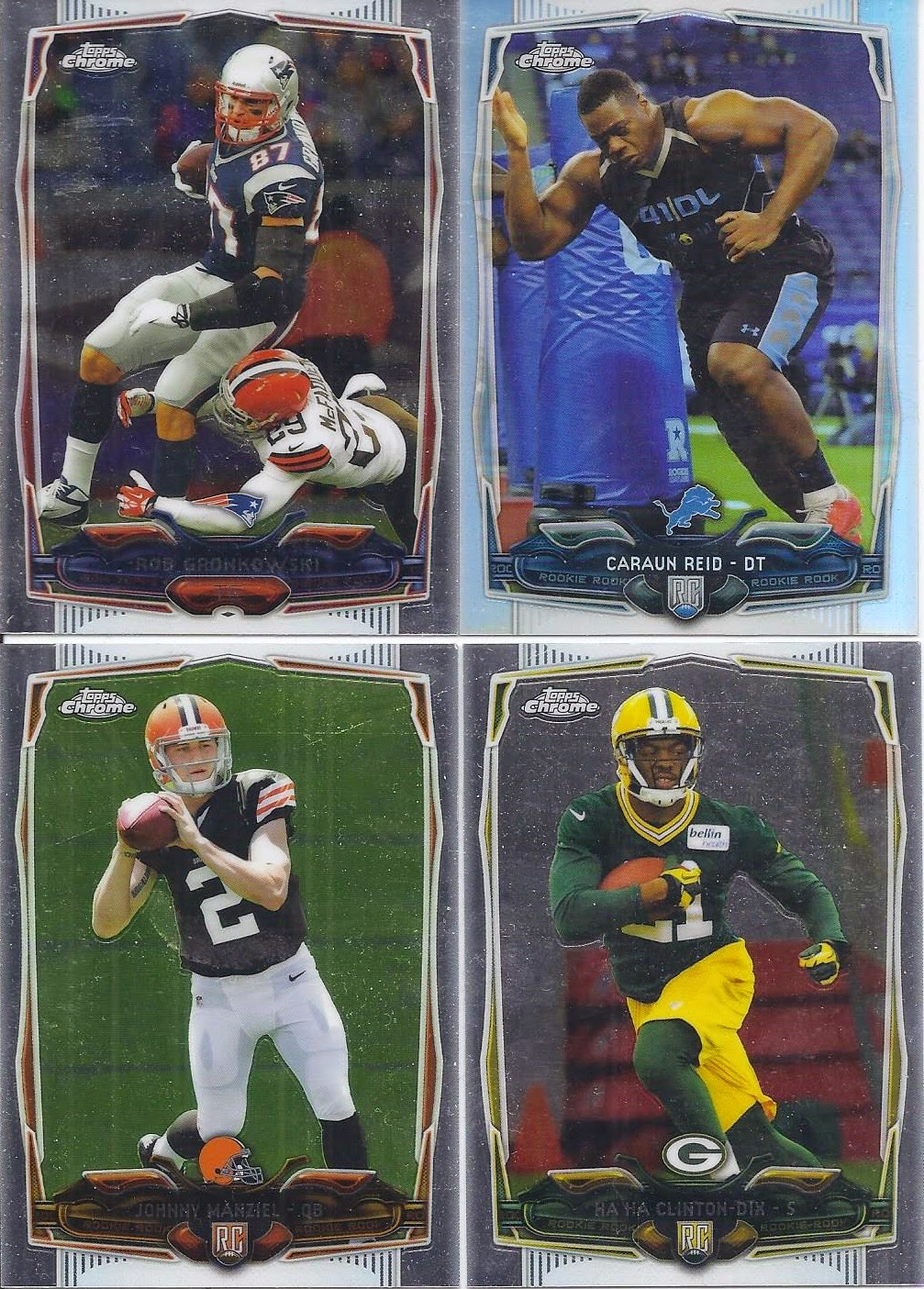 Generally, I don't bust too much Chrome. But, I will pick up a pack or two and try to pick up PC guys through trade. Here's probably my one pack. I guess getting a Johnny Football base card would be the best, but I'm more of a fan of a card of a guy who goes by the name Ha-Ha Clinton-Dix. But, that would pretty much be true even if I pulled a 1/1 Superfractor Auto of JF. The refractor of Caraun Reid scans nicely, and makes my scanner look cleaner than it is. He's from Princeton, and the card bio mentions his SAT score. Both are things you rarely see on football cards. 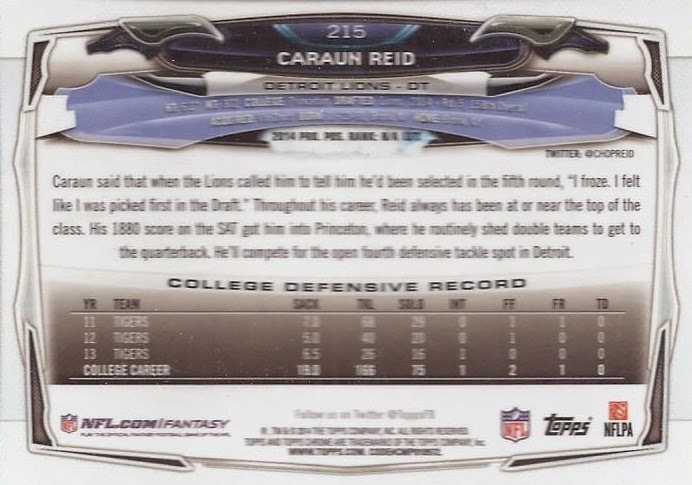 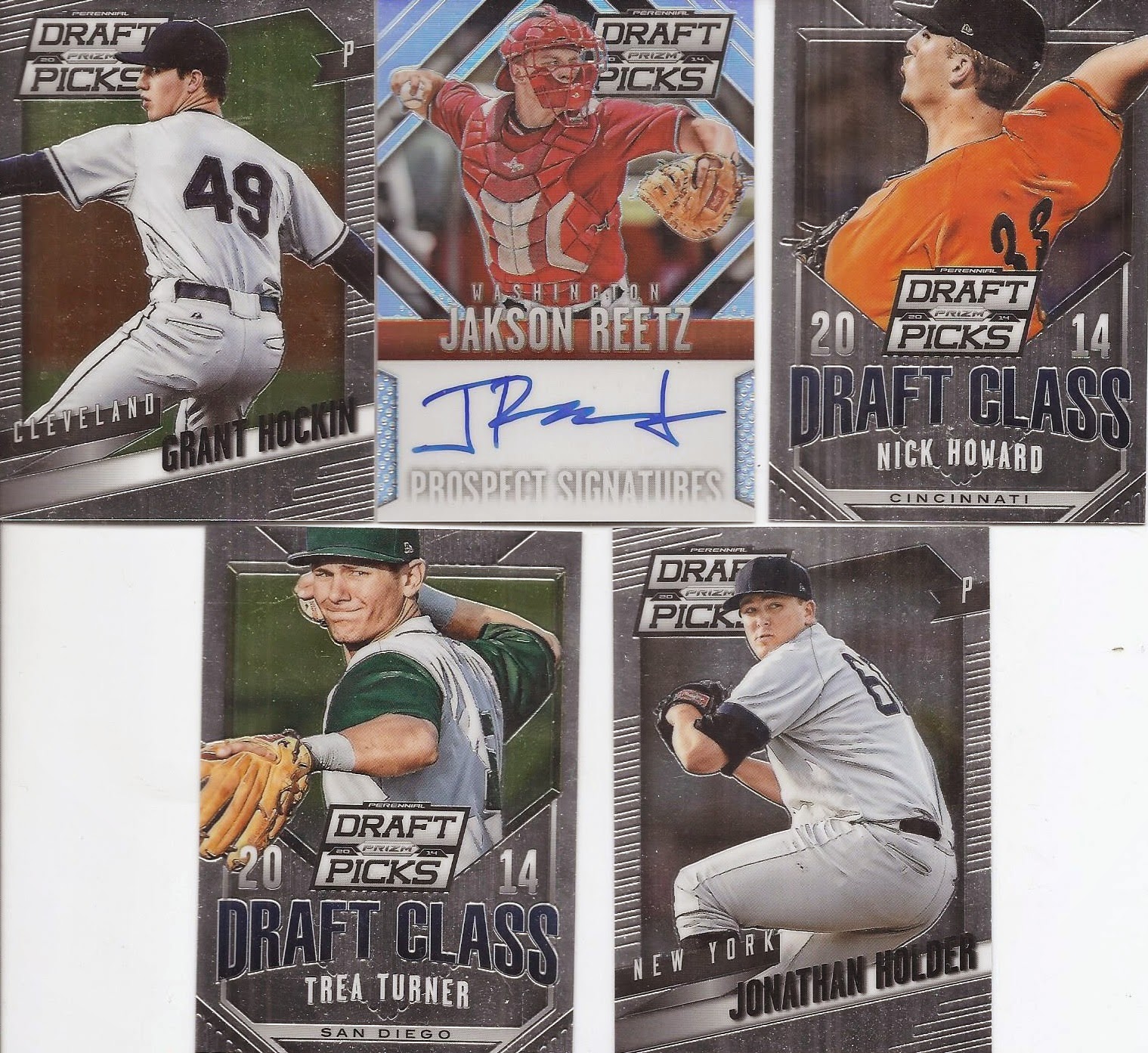 Here we have the results of the Draft pack. I think there were only 10 packs per box, with 3 autos per box, so I liked my odds getting an auto from here, even if it would be likely I had never heard of the guy. And that's true here. I don't know who Jakson Reetz is (other than both his first and last name trigger my Spell-checker)  but the last name portion of his auto is at least interesting. And it is on card. Other than Trea Turner, I haven't heard of any of these guys in this pack, but I guess that will change with future Bowman releases. The Holder card came from the pack bowed like a 2010 Topps Chrome card. Maybe it was just like that because the auto was in backwards.

Either way, an auto is an auto.
Posted by buckstorecards at 08:00