Away from the LCS today with 2 hobby packs each of some recent releases. Black Diamond hockey and Prizm basketball. 5 cards each pack. No hits from either, but I still want to show off the goodies from all 4 packs, starting with the hockey. 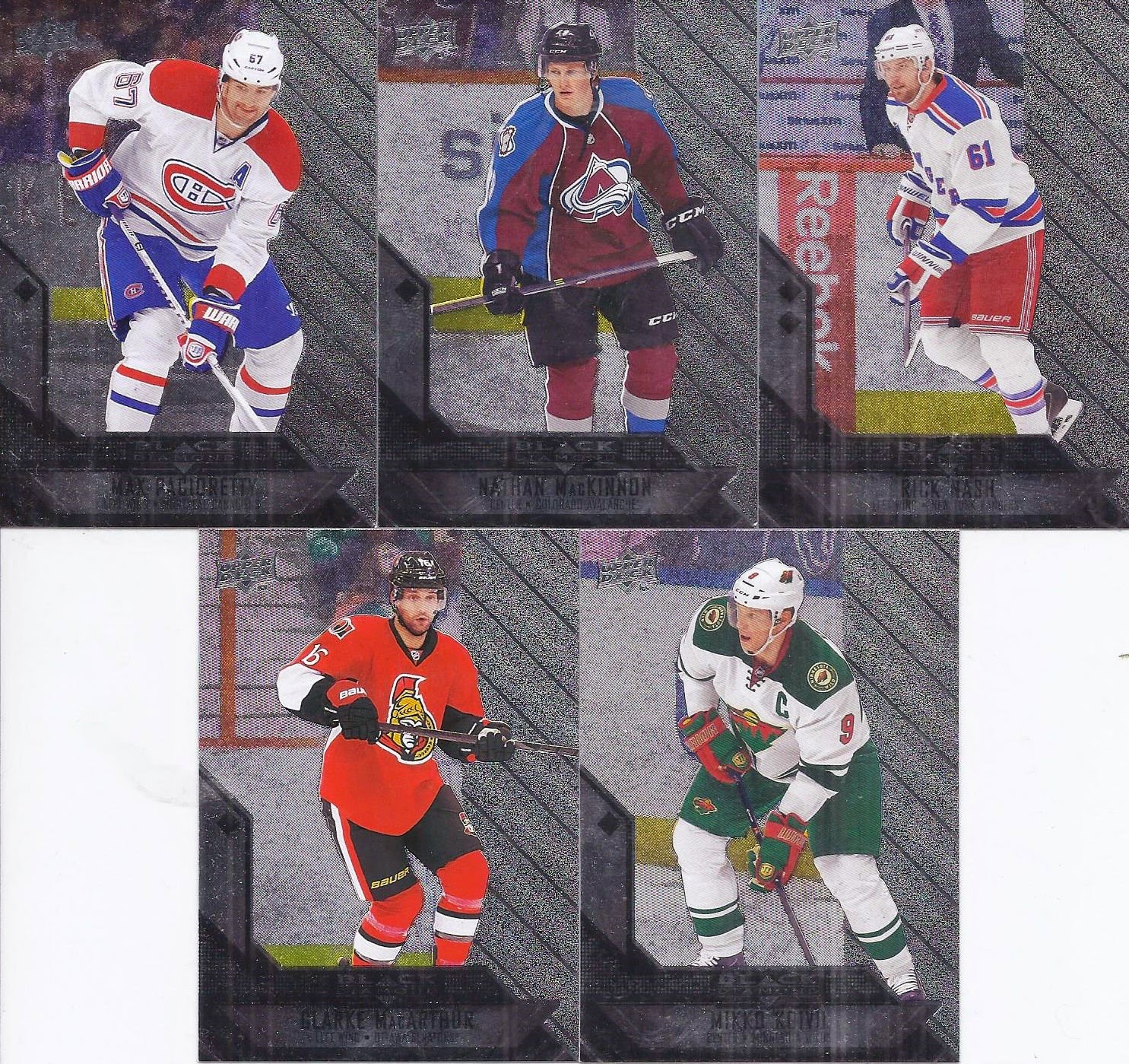 Here's the first pack. Black Diamond cards rarely scan well due to the design, so I'll have to describe the look of the cards, since they're clearer in hand. On the image portion, the left 2/3 of the cardis actually a pretty clear photo, with the other 3rd being a foil stripe pattern. Think a black and foil version of 1992 Score baseball. As for the players, there's a Pacioretty set aside for TMM, and a Clarke McArthur for my Sens collection. The multi diamond SP was Rick Nash. Koivu and MacKinnon round this out. 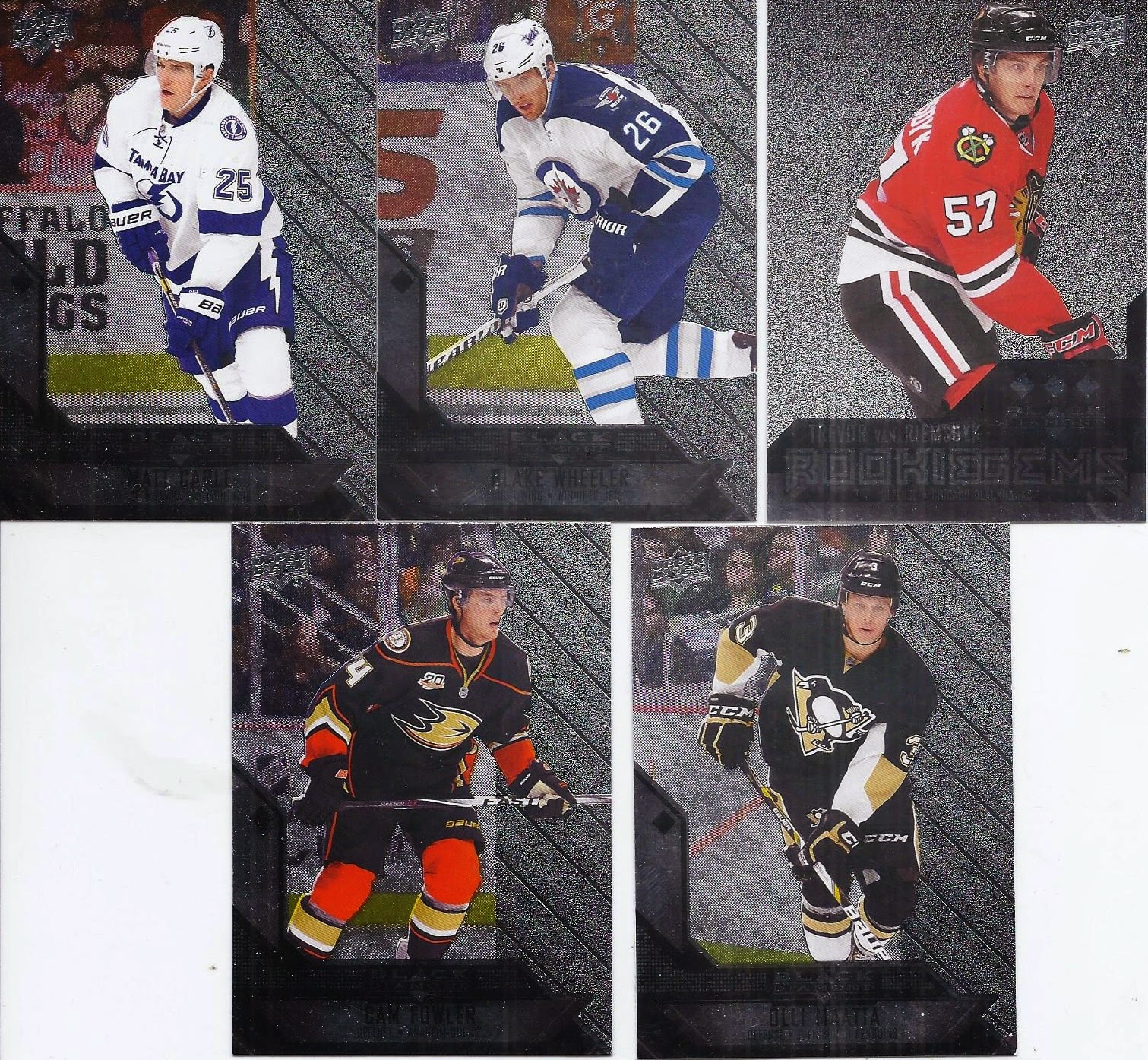 Can you have too much black on a card? The Fowler and Koivu really don't work that well with the design, and it seems that way due to the uniforms. The white of the Carle and Wheeler contrast and therefore pop so much better on the background. The rookie card has an entirely shaded back. It is also hard to read the name as it reverses from black on silver for the text. It is Trevor Van Riemsdyk, younger brother of James.

So. A triple diamond rookie, a Senator and a trade card highlights this. Tomorrow, Prizm basketball.
Posted by buckstorecards at 17:08