Time for the other two packs of five cards each picked up on a Saturday afternoon. 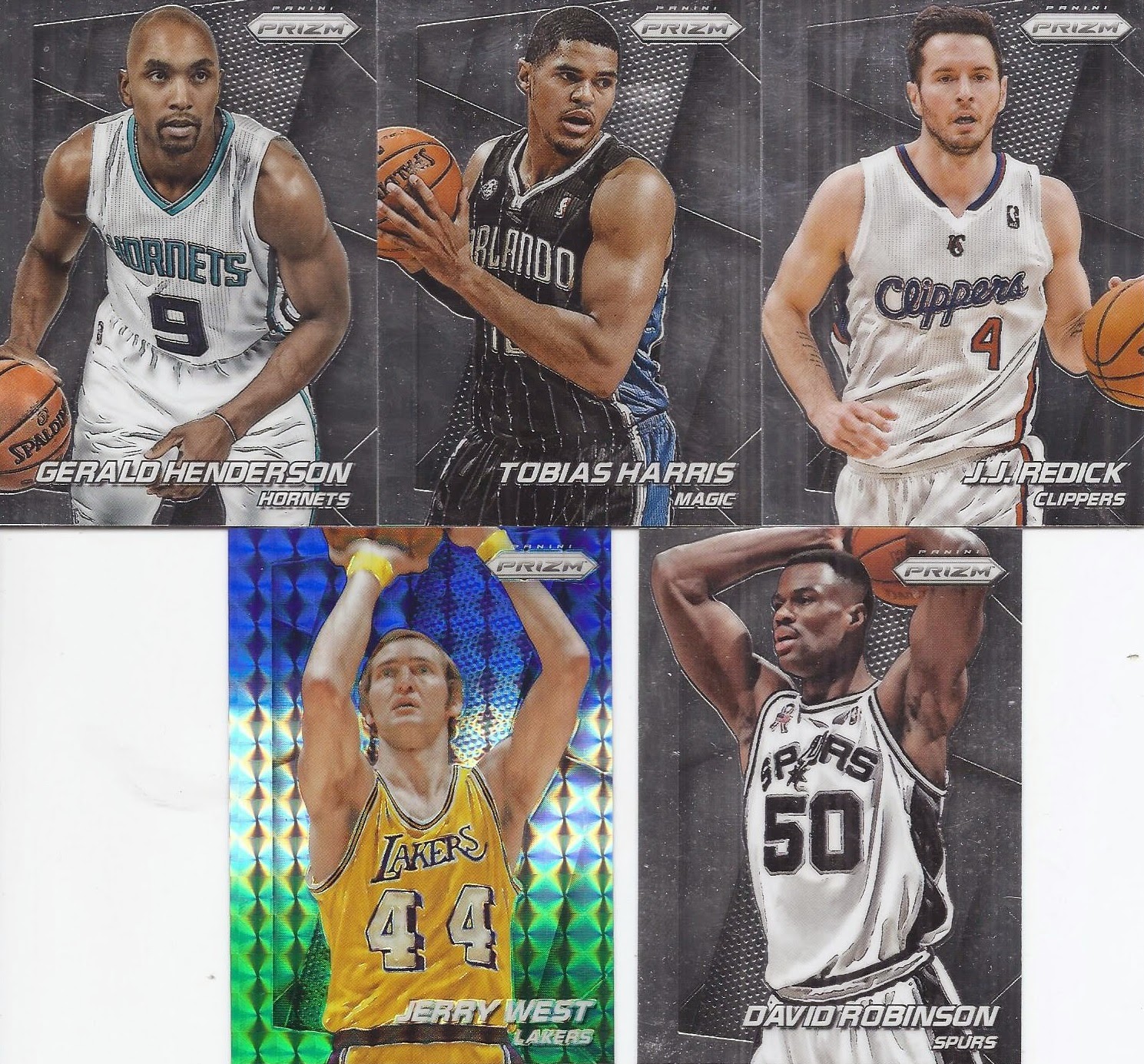 Here's pack #1. The wonderfully loud Jerry West is not numbered. Counting the base version, each card has 17 different parallels. And that isn't counting the printing plates that might make an appearance in National Treasures. For the base, I really like the how the silvery background works with the hint of silver on the Spurs jersey. 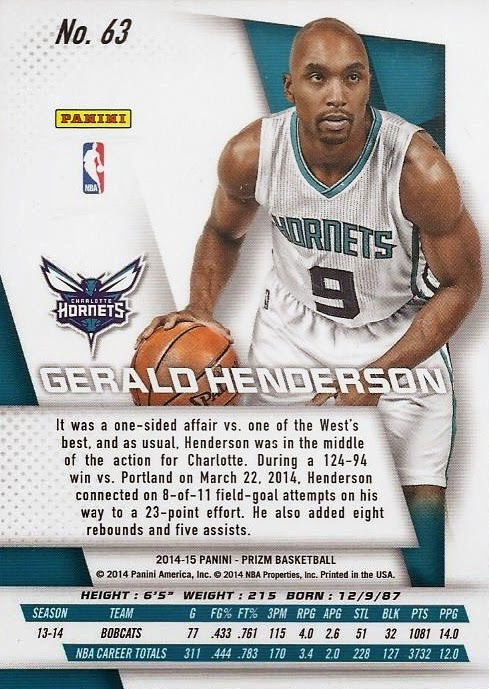 Recycled picture, but nice looking backs. They're a reverse of the football, which had the player on the left and the logo on the right. 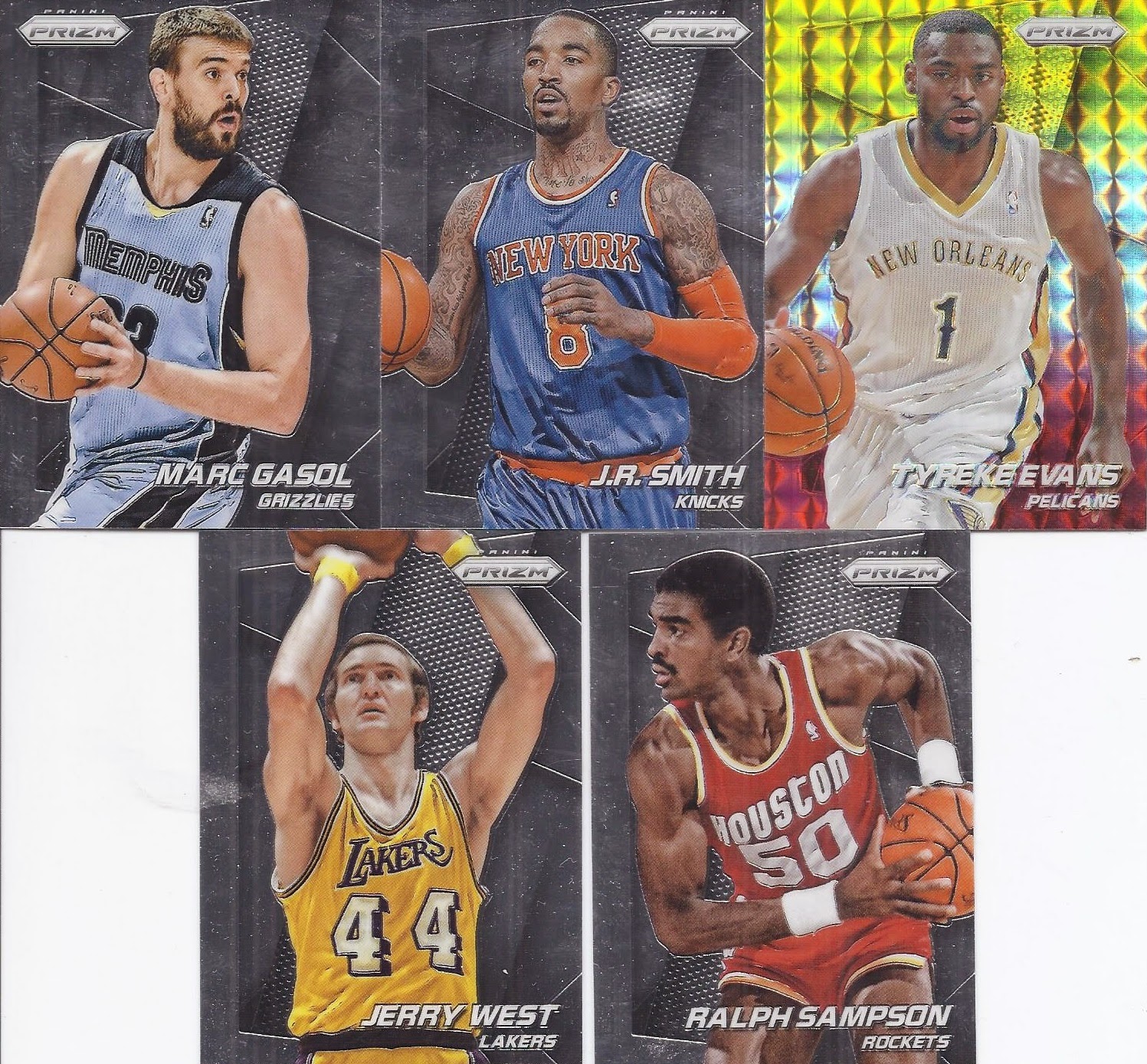 Pack 2 has another multi-coloured Prizm, again not numbered. I'm now 2/18th of the way to the Jerry West rainbow, two packs in. I really love the Ralph Sampson base card, since he hasn't really shown up in the retired portion of many sets. And the fact it is a Houston card can act as a segue into the Archives auto I picked up. 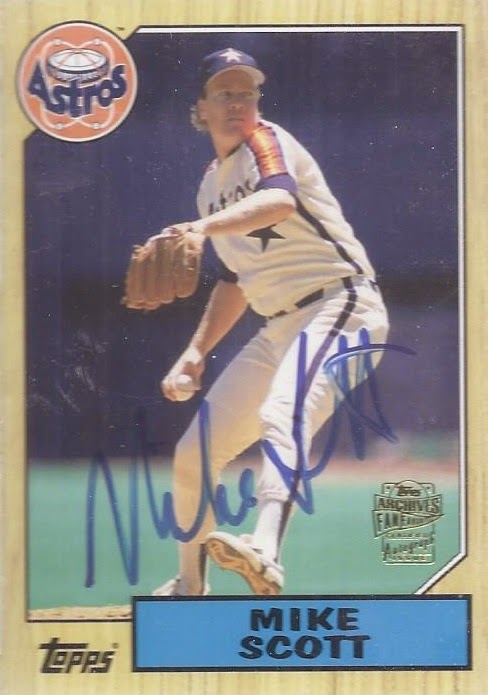 Because you just can't go wrong with any on-card auto on a 1987 themed card. Any on card. Whether it is a guy who would have been coming off a Cy Young winning season in 1987, or some guy who was coming off a career-ending injury.

Comparing the two types of packs, it is more even. I did hit something for my PC in the Black Diamond, and picked up a card that a Blackhawks fan will probably see in their mailbox in 2015. But aesthetically, I really like the Prizm. Either way, all of the base cards will be in my misc binders for their respective sports.