And finally wrapping this trade up with the masks from the post lockout seasons. 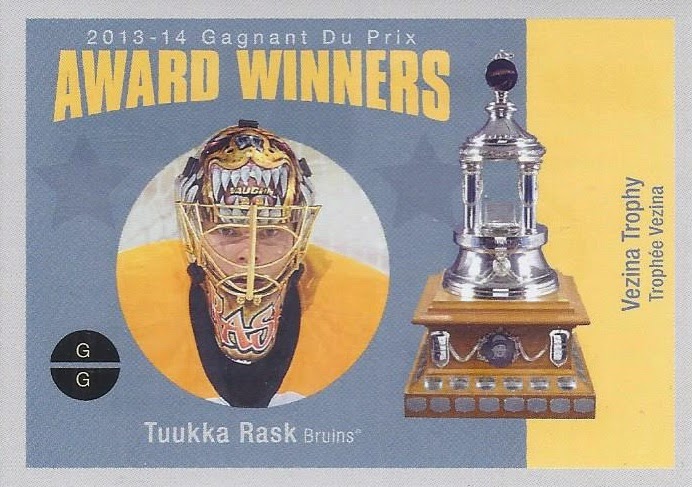 And to open with something entirely unexpected. This looks like just another insert card, but it is actually a SSP from this year's O-Pee-Chee. The design is retro, but the card itself is glossier than the base. But I guess this is actually part of the base, since it is card #603. No, I'm not going to be adding these to my OPC wantlist, but I will consider this an addition to the hits portion of my hockey binder. Considering all the OPC I busted so far this year, pulling a grand total of zero SSPs, this was a nice surprise. 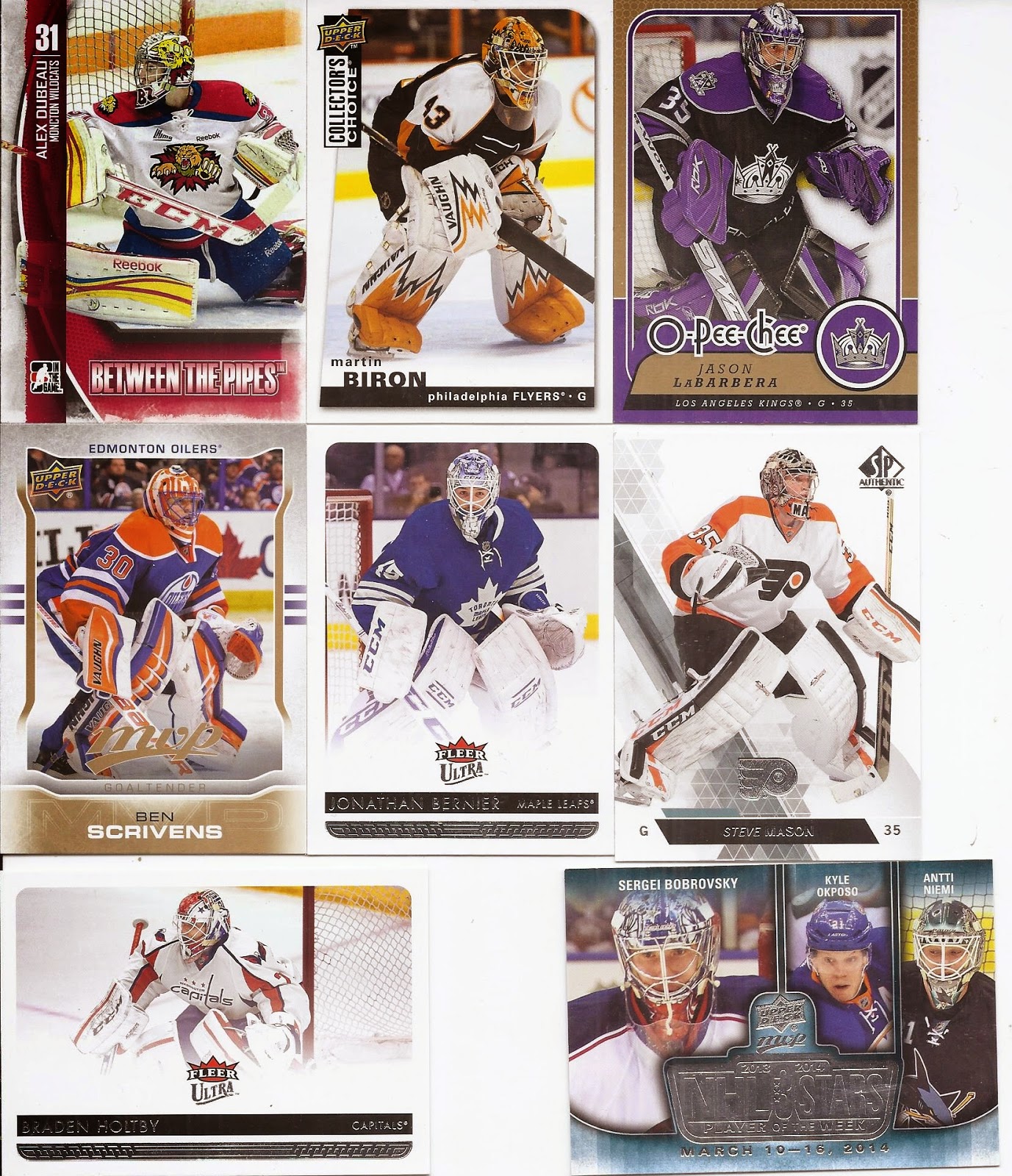 And here's a sampling of some of the other additions. I'm happiest about the BTP cards, since all of those were tied up in the set as opposed to the binder.

Thanks for the goodies. Expect a new envelope in 2015!
Posted by buckstorecards at 08:15