OK. So here is the second sport worth of repacks. 10 packs awaited.

Aside from the Prizm, I haven't busted the retail version of any of these, and any Pinnacle or Press Pass at all, so this could be fun. 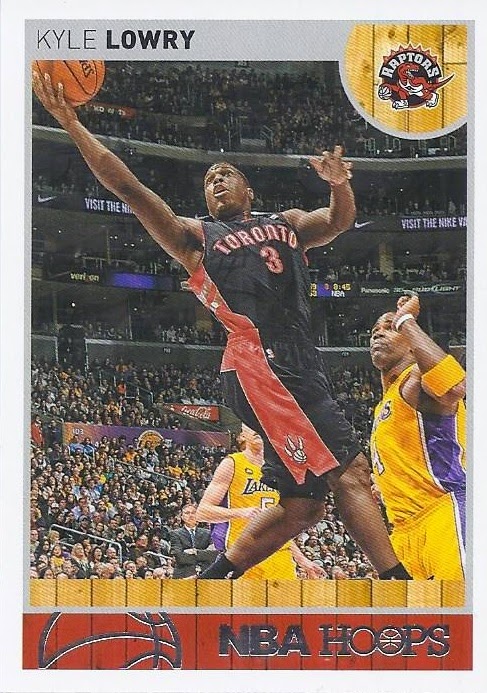 The last time I busted one of these 10 pack basketball repacks, I pulled a grand total of zero Raptors. This time, I got one. And, since I didn't do badly with collation when building this set last year, I actually need this in my Raptors collection. 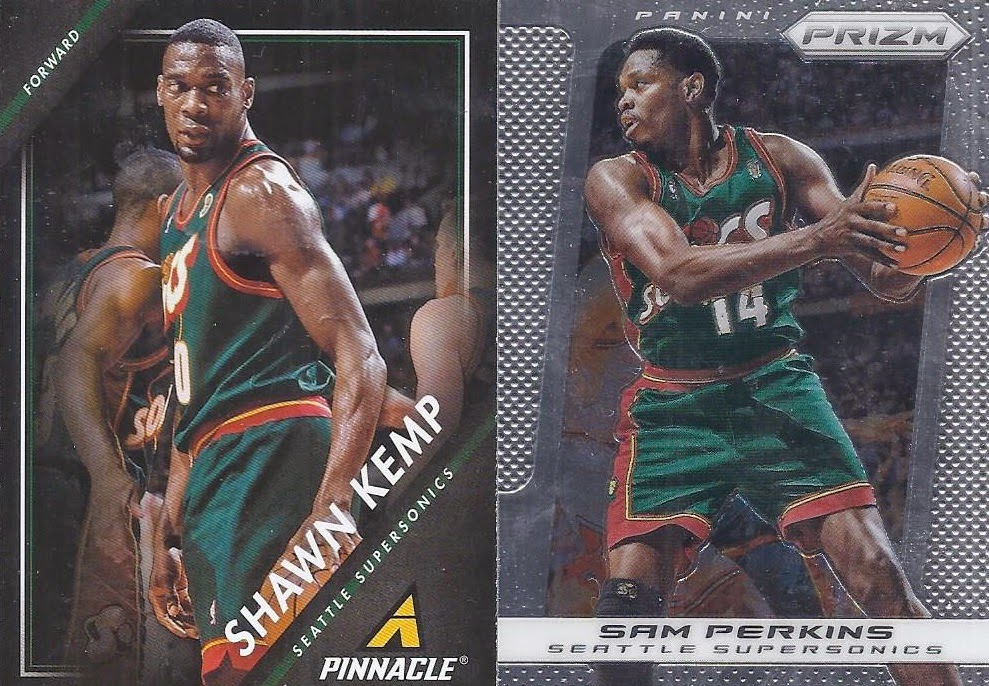 But it is disconcerting to pull a pair of cards for a defunct team over 1 card for a current team. 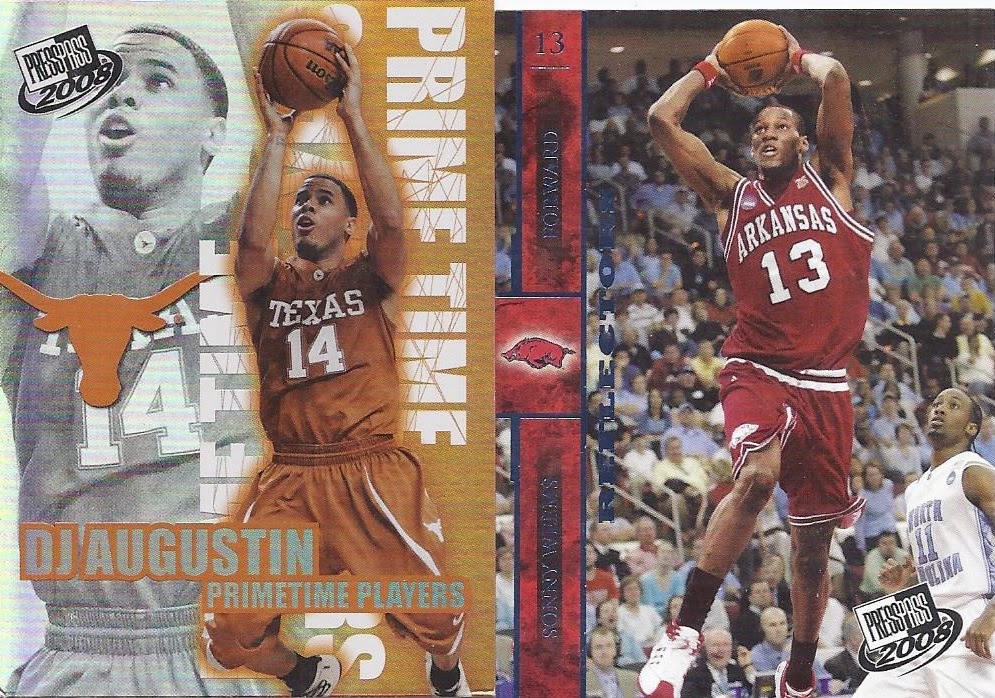 So, since I only pulled one Raptor, I'll add these college cards of two future Raptors, thus doubling my collection of Sonny Weems cards. 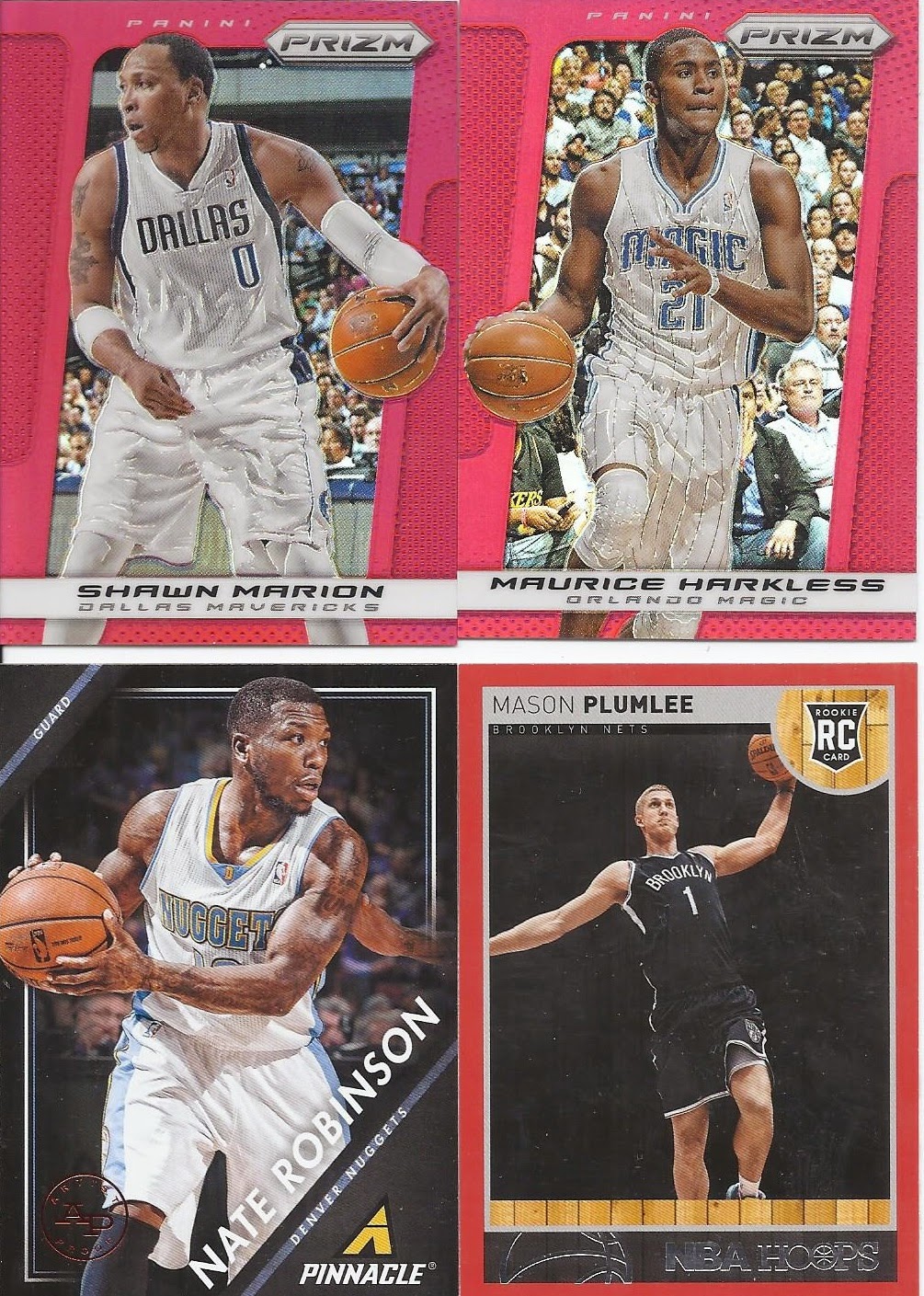 In addition to the Weems Reflector parallel, here are some more parallels. I guess if I wanted parallels, it would have to have been a red one. I'm happiest about the Plumlee, since I didn't bust any retail Hoops last year, so that's my first red parallel from that set. 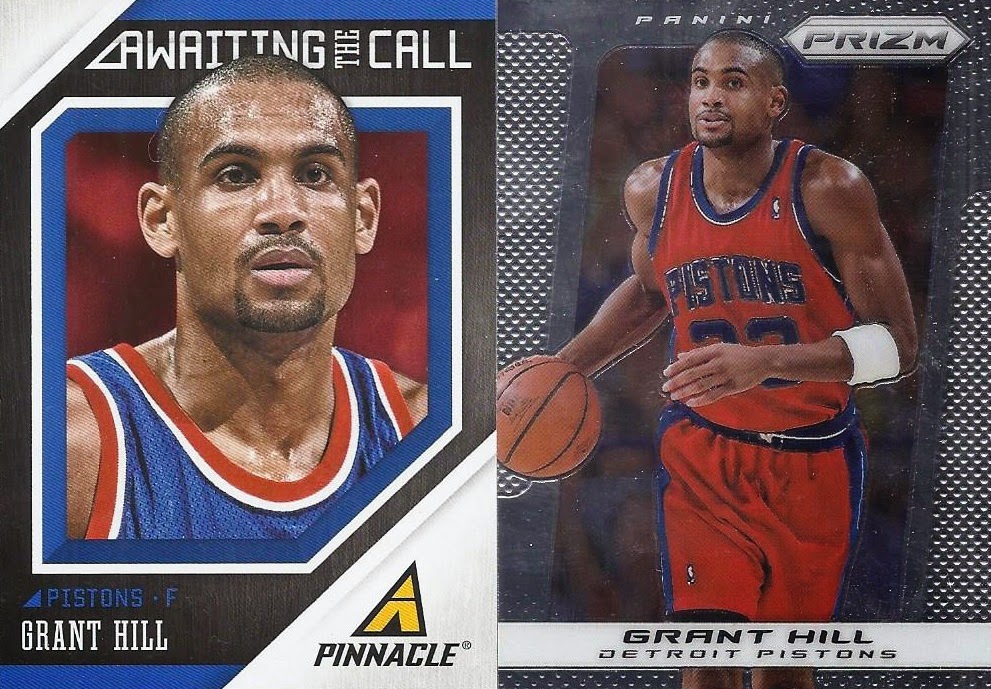 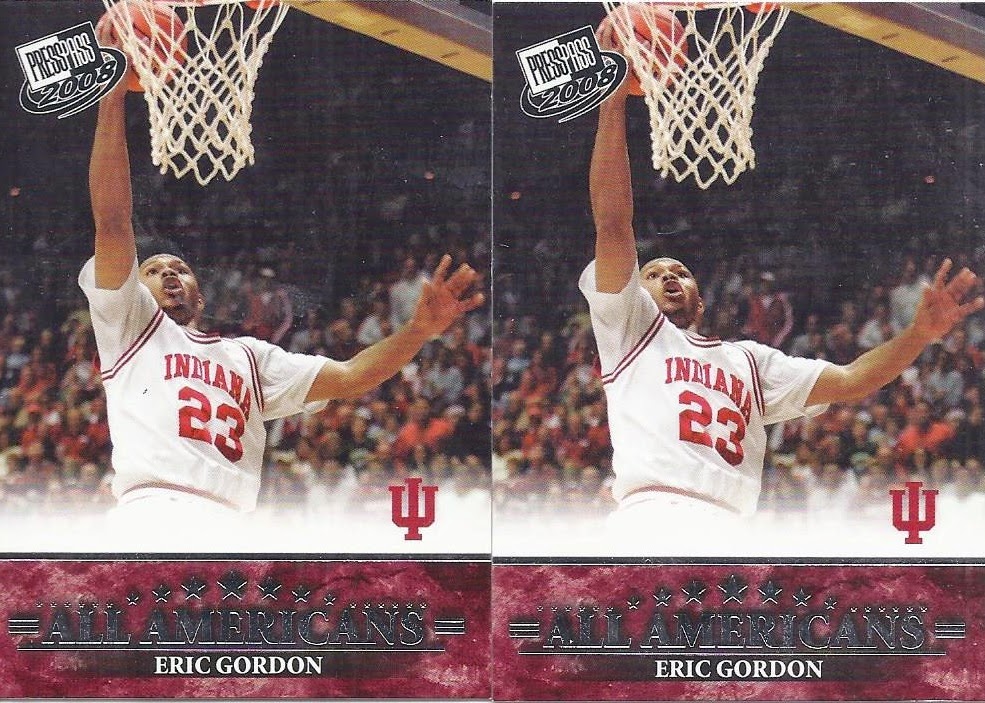 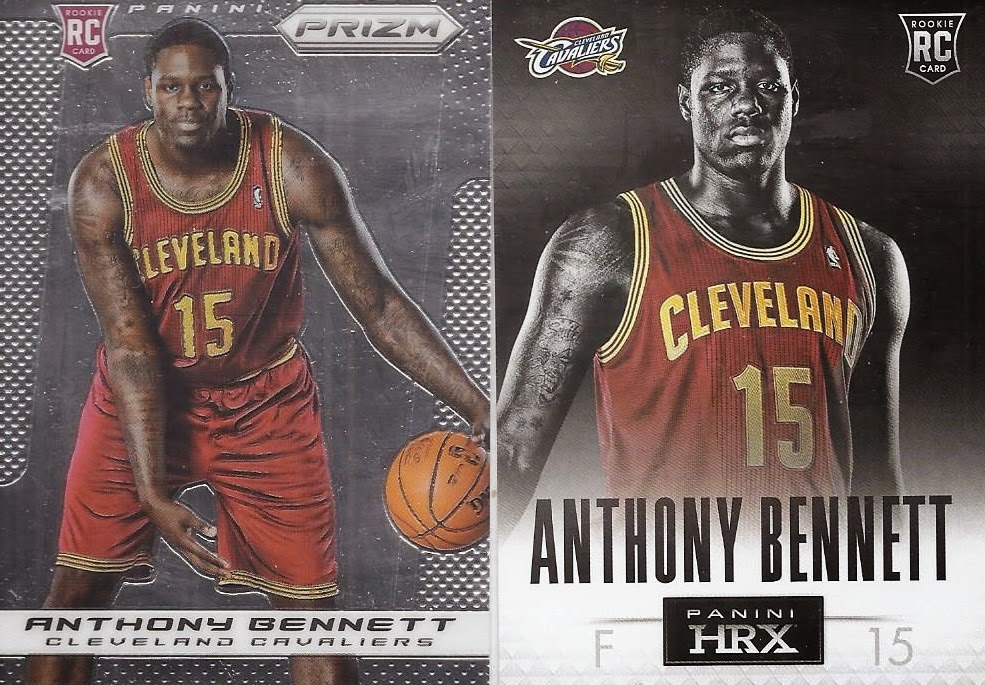 3 players showed up twice across the packs. While I like getting a pair of cards of Canada's first #1 NBA draft pick, getting dupes of a card when you only bust two 4-card packs is a bummer.

But it was Barry Larkin's kid that won the volume battles with 3 cards. And not one of those silly HRX cards either. I wonder if I should dump some of his cards in the lap of some Barry super collector. 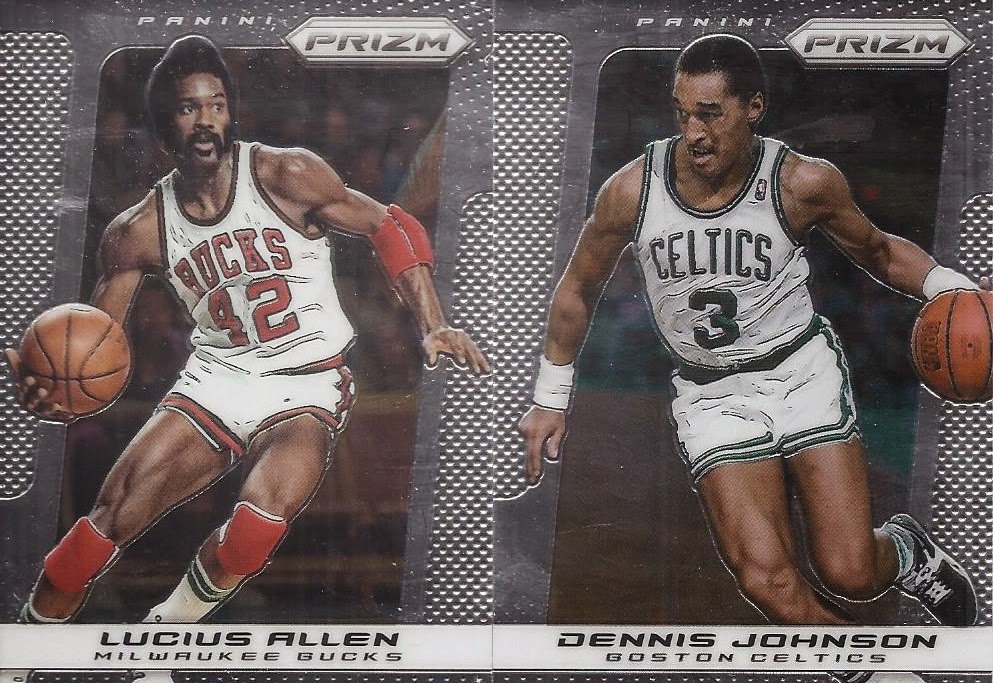 Prizm does mean you are going to get some interesting content when it comes to retired players, and this one came through with these two (in addition to the Grant Hill and Sam Perkins). Usually, the facial hair would make the Lucius Allen the easy winner, but that was a dupe of a card that came from a previous repack. So, the vote for my favourite card of a player from the past goes to D.J.

Actually, my pre-Raptors loyalty to Boston might have made me vote that way anyhow. 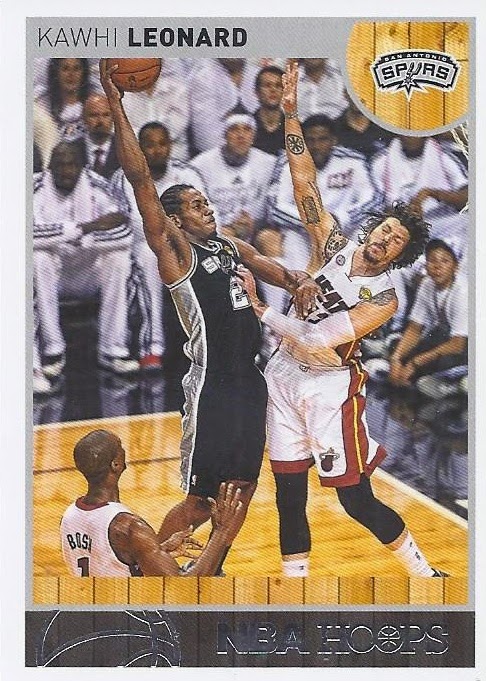 Opening with Hoops, closing with Hoops. My fave photo of this bunch. Looks like it might have been a photo from the NBA finals as well.

Posted by buckstorecards at 17:32