That hurt. I'm only glad I was sitting on the side of the stadium where the flag was thrown, so I could see it, and knew what was coming.

But, now seems to be a good time to get caught up on some of the smaller (in terms of volume) packages that have shown up. 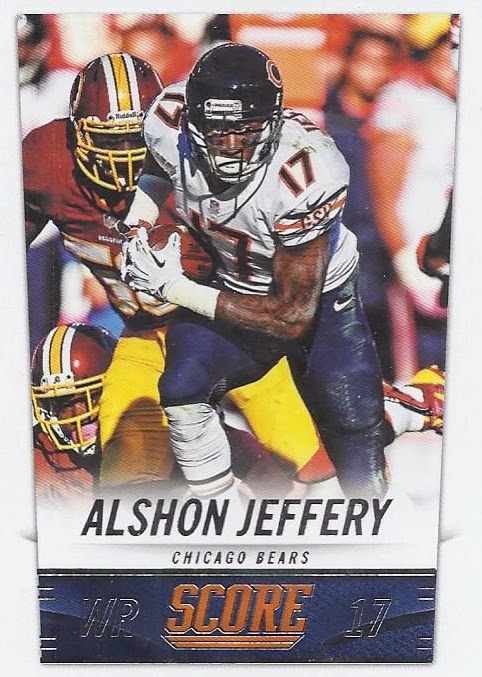 14 credits at Listia added this new Alshon to my 2/14 collection. Not bad at all. Good photo as well from a set that really seemed to have average photo choices. Usually a WR shot would feature a generic catching shot. 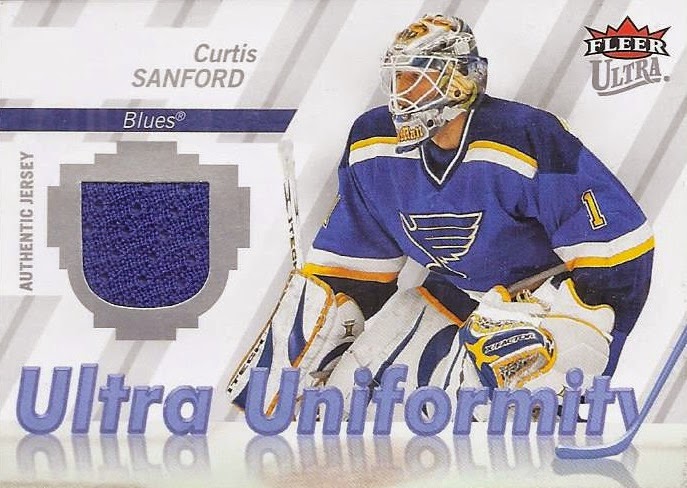 This one cost me a little more in terms of credits, but adding his wizard mask to my collection was worth it. Plus, I still have something like 29K more credits to burn through. 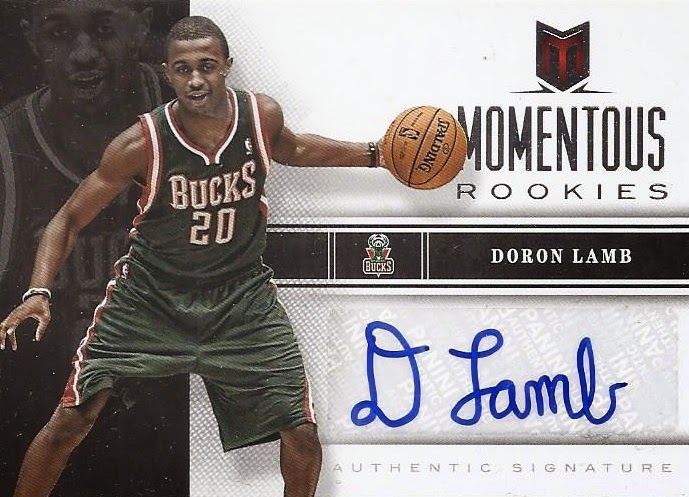 Off to a two card envelope. This one with a pair of Panini redemptions. I've said it before, but I love Doron Lamb's cursive. 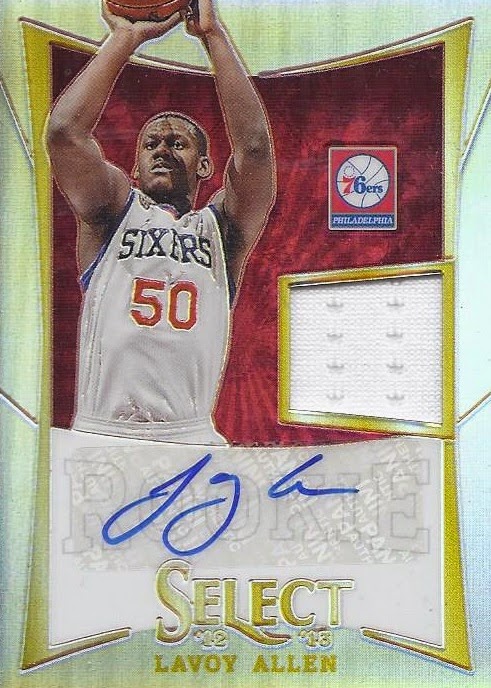 Lavoy Allen's penmanship is not so spectacular, but a base auto/relic of Lavoy that had not come through was replaced by this Prizm version. The base is /399. This was /199. Mind you, this isn't exactly a hit of a superstar, but it is still a hit. And the red background actually works nicely with a plain white swatch. 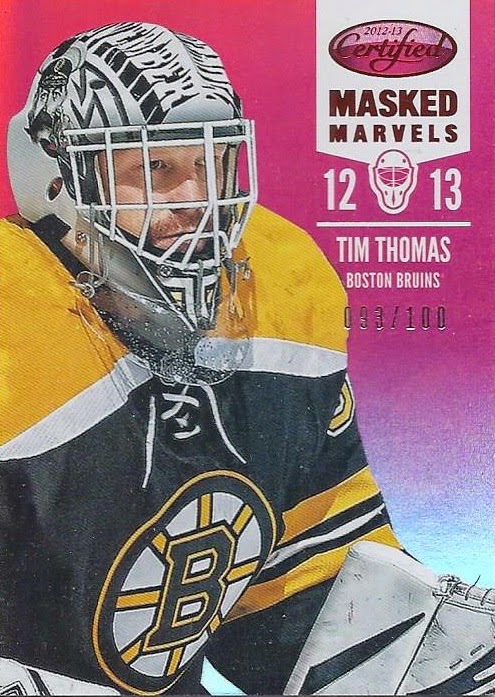 Finally, a trade envelope also rolled in last week. This was from Bob Walk the Plank. I'm leading the way with this beauty from the mask binder. But actually, this was much more. I live in Kitchener, ON. That is Lord Kitchener pictured on the side of Tim's Movember mask. It is geographic perfection. This card (and its parallels) seem to be the only ones that picture this mask, which was auctioned off at the month's end. 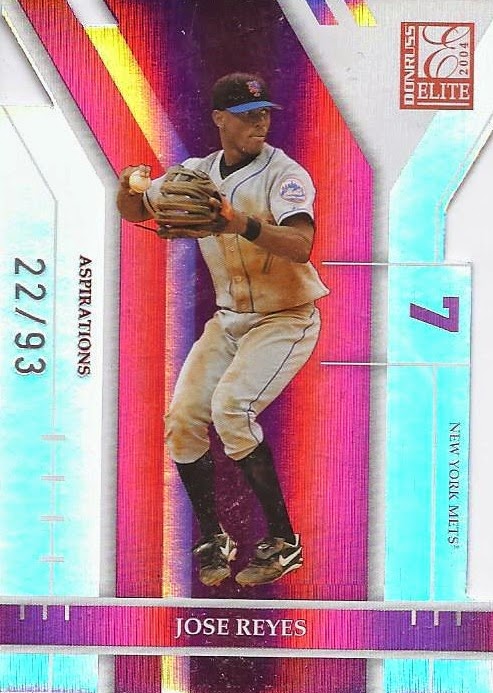 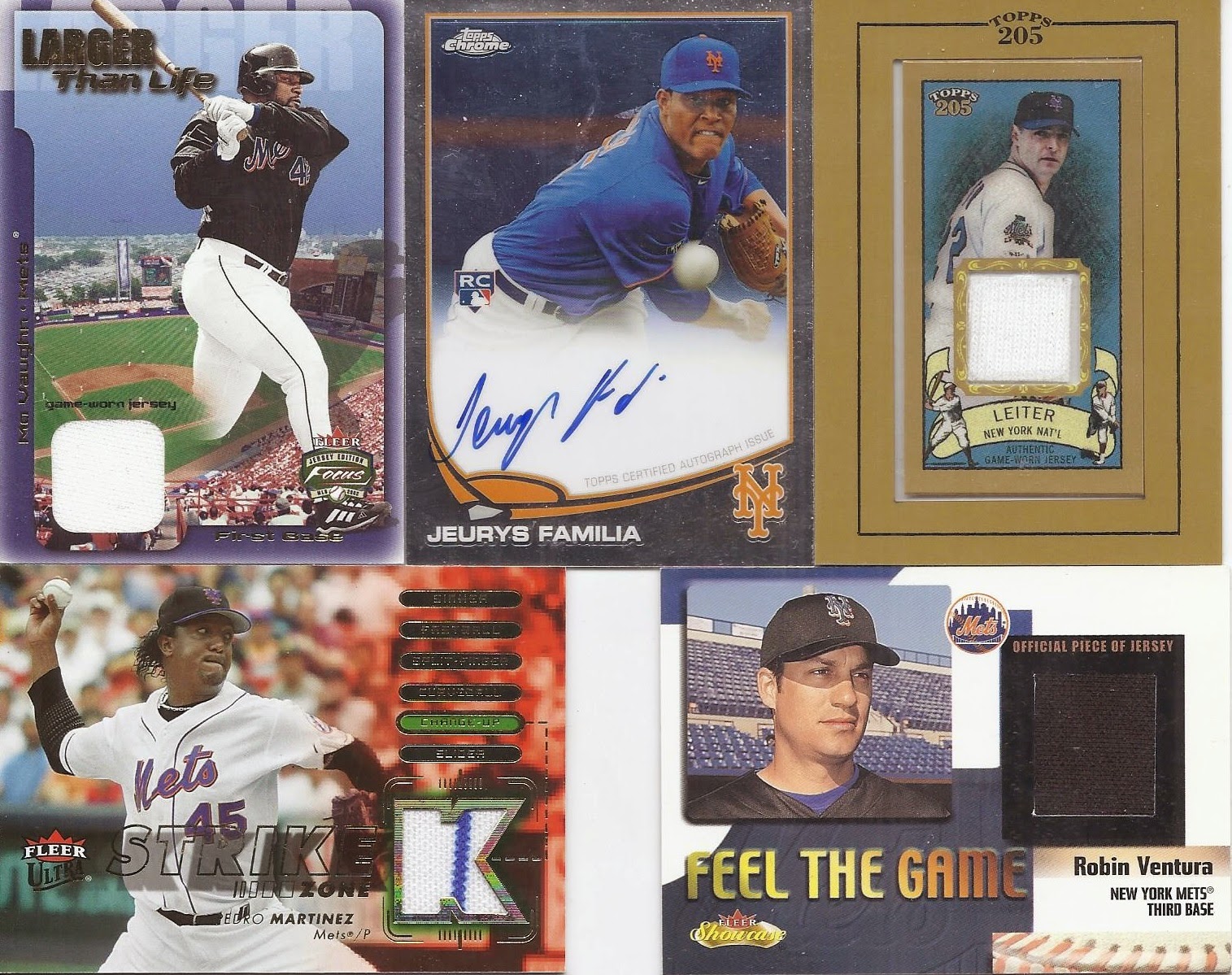 And a bunch of hits! A nice variety of players as well. Mo Vaughn's time as a Met might not have exactly been memorable, but this is a really beautiful card with the Shea in the background. I thought the Familia was a dupe, but I have a parallel of this one, not the base version. And you gotta love a pinstripe on any Mets relic.

And that's 4 envelopes in one post. Still more to go, but those will come later this week.
Posted by buckstorecards at 16:47