As the last of 4 packages came from COMC today, thus wrapping up the 200ish cards I had shipped in November, all from either COMC Challenge funds or Black Friday shopping sprees. 2 came in boxes that fit perfectly the # of cards I ordered. 1 was a Black Friday shopping spree, and I opted to use 40 cents of my money to have a pair of Winnipegers placed inside hard top loaders.

So, that left a 30ish card envelope to house the last bunch of cards, and to answer a question from $30 a Week Habit as to what cards are opted for when you don't specifically choose which cards would be on the outside.

I think there might be a rhyme or reason to at least one of them. There were 4 top loaders in the package. One was empty, but the others housed cards. 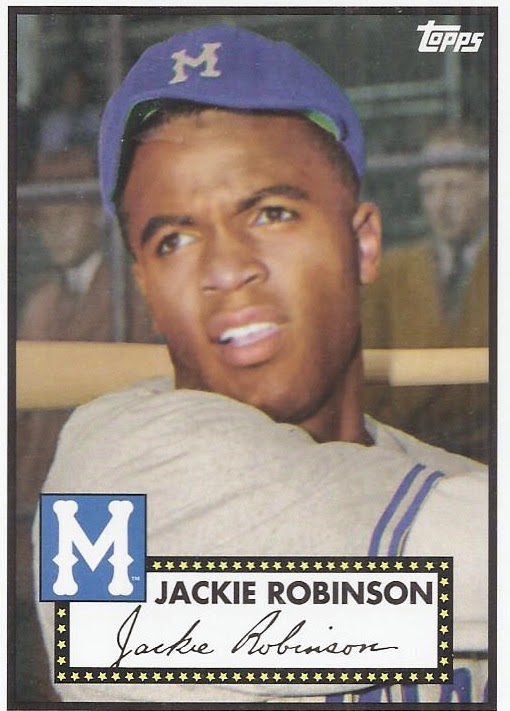 I wanted a Montreal Royals card, and I figured there would be one from some sort of throwback set highlighting Jackie Robinson, and there was one. This was from a set at the 2012 National Convention. It was also almost a centimeter wider and longer than the standard cards, thus making it a perfect candidate for a top loader.  So, if you order a card that is larger than the rest, those will be the ones that end up in these.

The other two, on the other hand, were random. 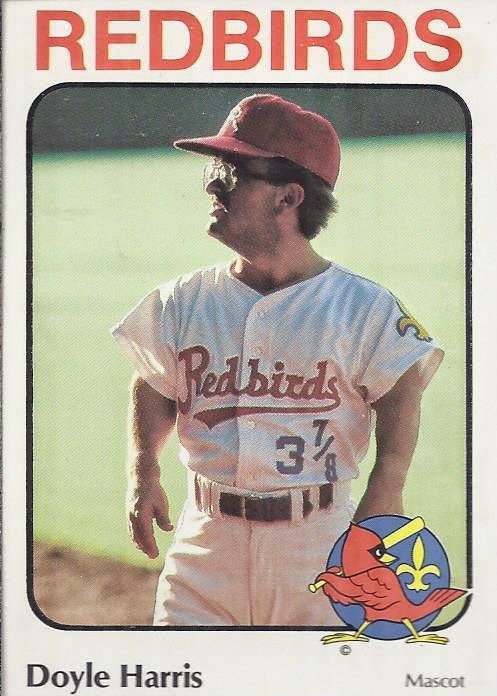 Remember the 80s? When you could pull some random little person off the streets, give him a child-sized jersey and call him your mascot? I guess it was cheaper than some furry costume. 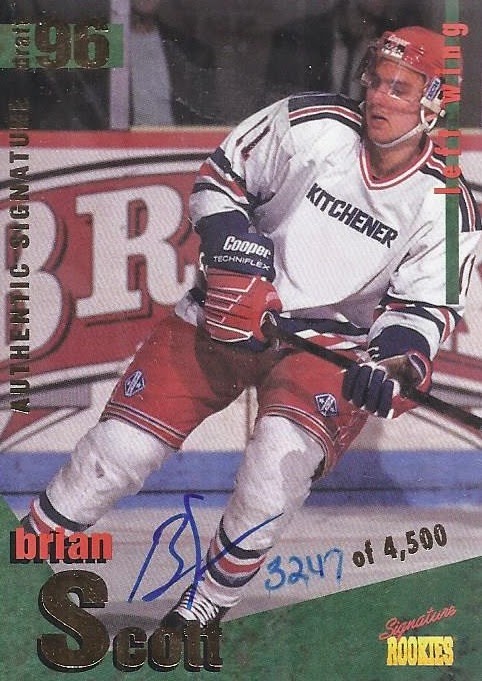 And the other was a 70 cent autograph of a Kitchener Rangers alumni, complete with a horribly airbrushed jersey that makes them look like beer league players. But, it is still one for the hits portion of that collection.

So, those are the ones they opted for for me to have in the toploaders. But, there was only one really costly card in this envelope, and that was relative to the cost of the cards and for me, really disappointing for an on-card, Hall of Famer autograph from Five Sta numbered to /115.

Posted by buckstorecards at 16:46