I got into a Black Friday break at mojobreak case of 2014 Certified football. 3 Black Friday packs to go with the random slot. I grabbed two slots, meaning two teams and 6 packs. The randomizer gave me the Titans, and Titans' old location with the Texans.

I'll start with the portion of the break that wasn't as good to me - the Titans, although I still got a really nice card out of it, and another one that I'm sure TMM will welcome. First up though, the Black Friday packs.

I actually went back to watch the break video so I'd associate the packs with the specific break slot. 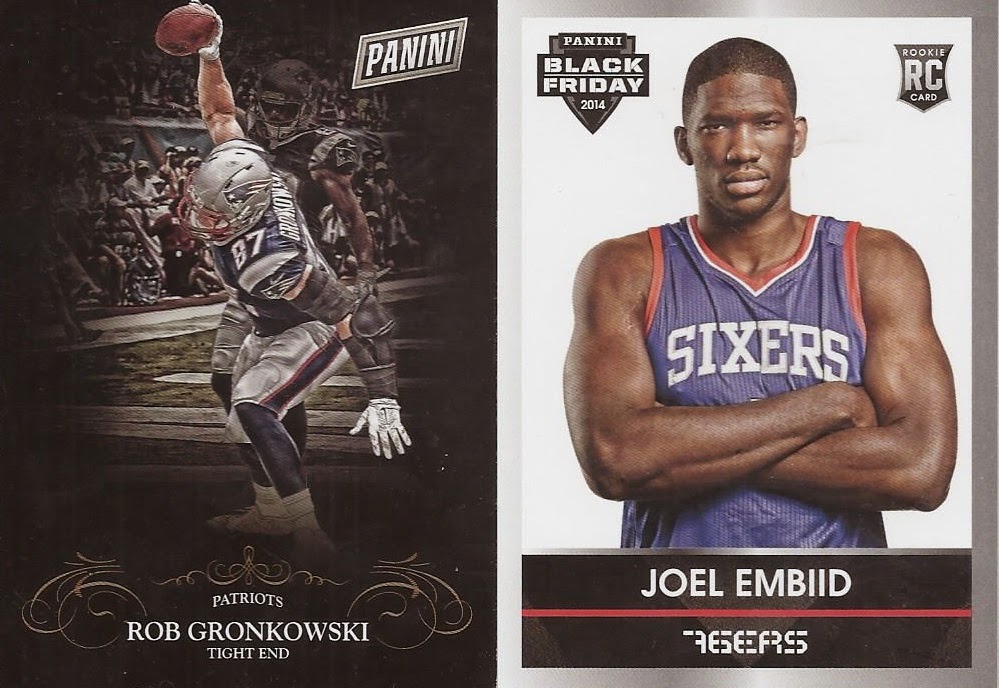 First up were these two. The Gronk is actually something called the Panini Collection. It is proof you can remove some of the background in a photo, and still have a gorgeous card. The Embiid is a rookie portrait. 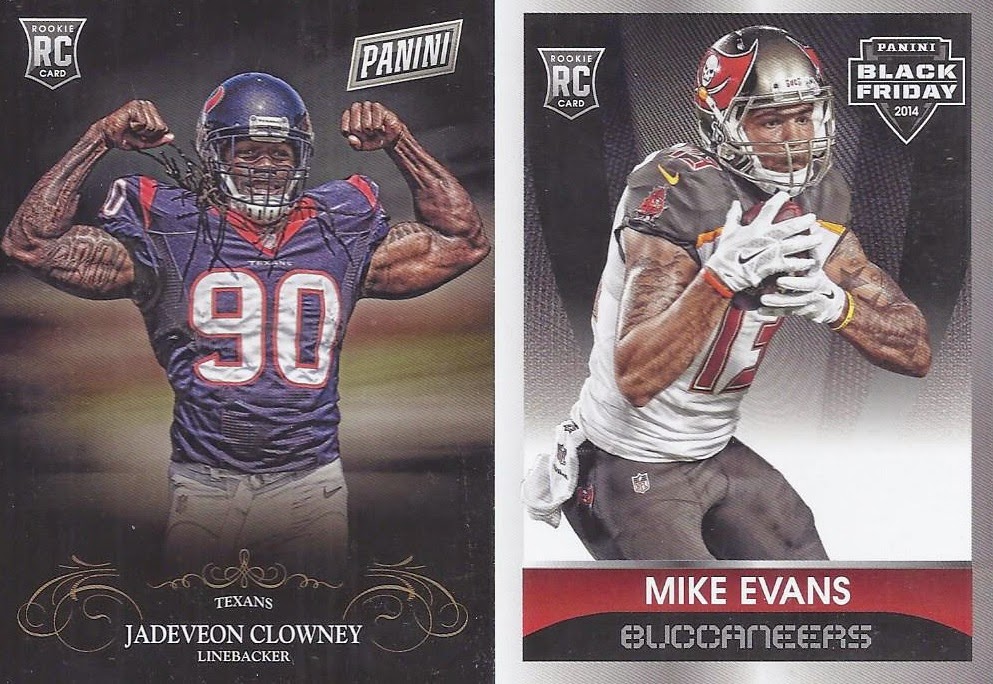 Here's another Panini Collection card, and it is one that hits my 2-14 PC in Clowney. Since he doesn't have any game shots, this, so far, is my favourite card of his for that collection. Next to him is a /499 card of a candidate for Offensive Rookie of the Year - Mike Evans. 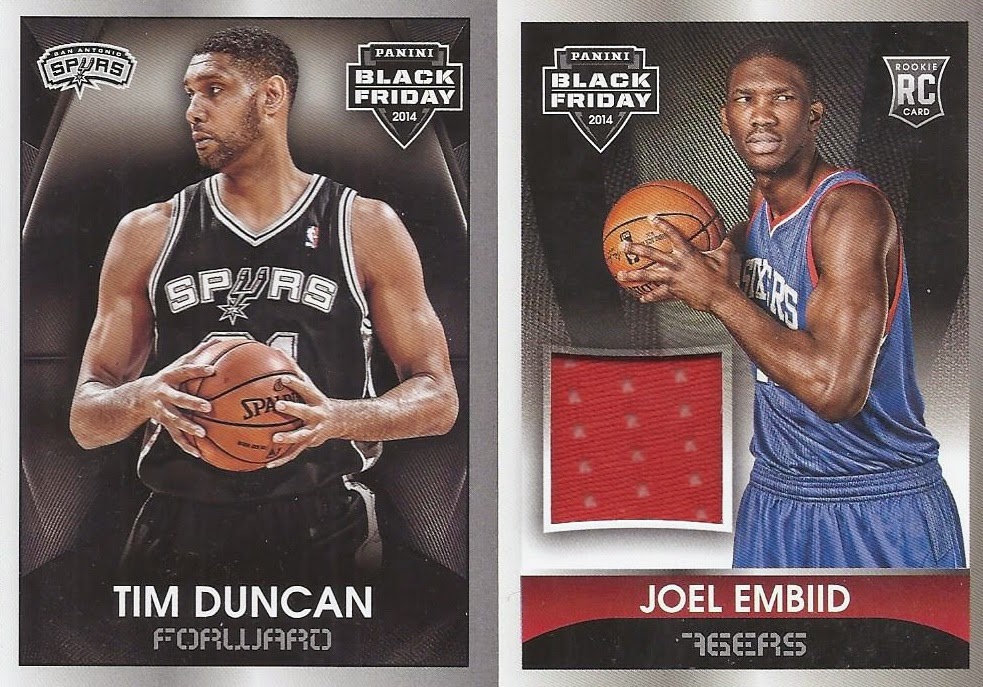 And two more basketball to wrap this up with an even split between the two sports. After pulling the on-manupatch auto of Nerlens Noel earlier this week from a "you got no hits" hobby pack of Panini, my streak of 76ers continues with this event worn relic from Joel Embiid. IT is also /99. and is also a nice-looking card with the red on black.

And he's lucky enough to be injured and missing the mess that is this Sixers season.

This post has been Titan free long enough. Let's start posting them. 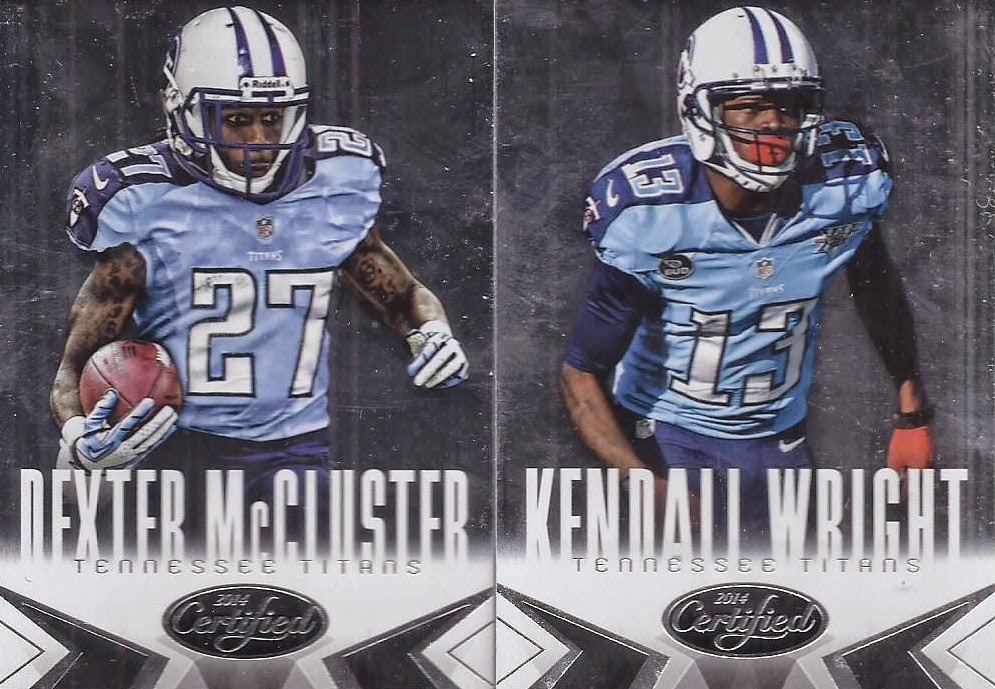 Only two base guys, although I did end up with 4 of Wright and 2 of McLuster overall. That's awful collation for a case though, as the third <=100 guy didn't appear on any base card. That's not to say I didn't get a Jake Locker card... 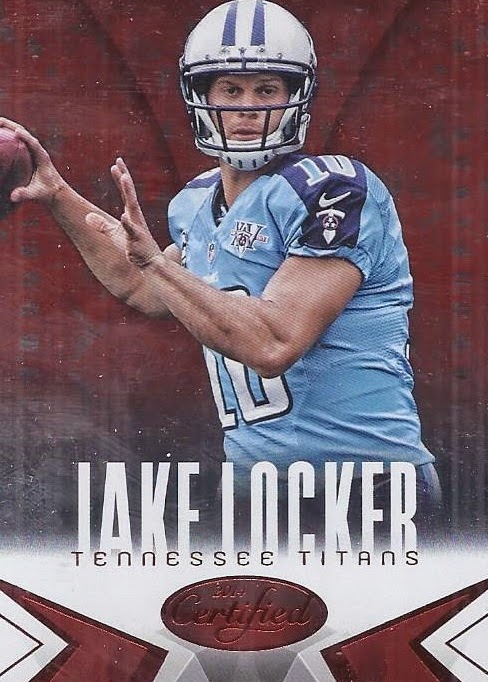 it is just that it came out of a hot box with only red parallels. This isn't numbered, but is categorized as a 'Camouflage Red' parallel.  Camo Red the perfect colour choice for hiding out among the fall foliage. 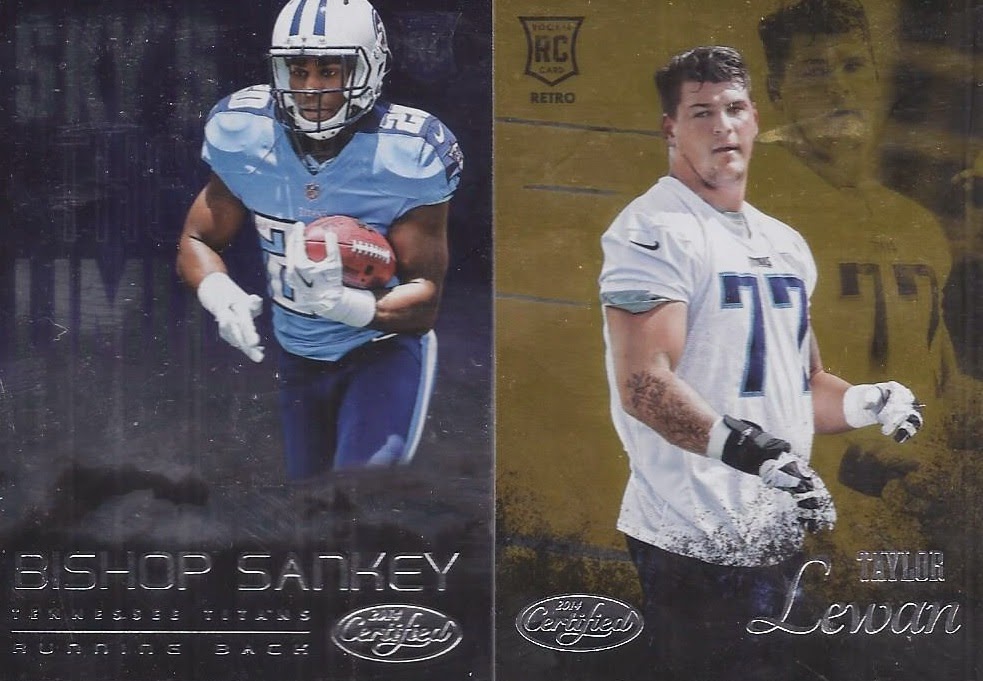 Two inserts. The Taylor Lewan is set aside for whenever TMM gets my next envelope. 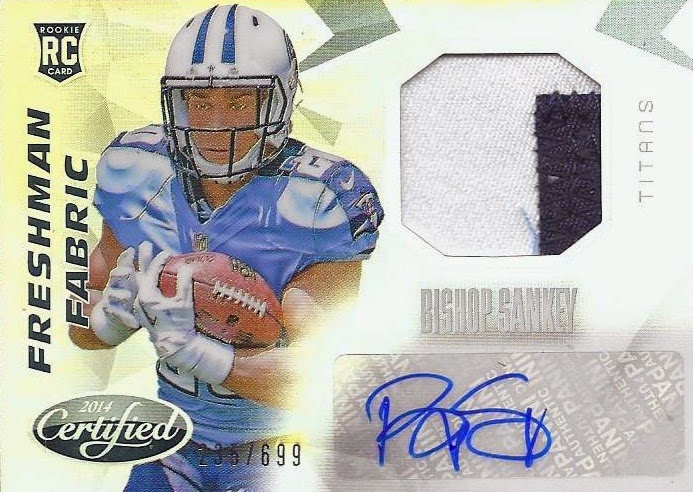 And a hit! A nice three colour (by a thread, literally) patch autograph. I guess I could whine about a stickergraph, but the signature isn't that bad. Nice sized loops as well. Considering there are some really bad autos in this rookie class (I'm looking at Trent Murphy, Cody Latimer and Allen Robinson with the statement), this is in the upper portion of the class when graded on the curve.

Tomorrow, the Texans.
Posted by buckstorecards at 17:22