A couple weeks ago, I autoposted a rundown of the football goodies picked up during Free Pack Friday at mojobreak. Today, the baseball. 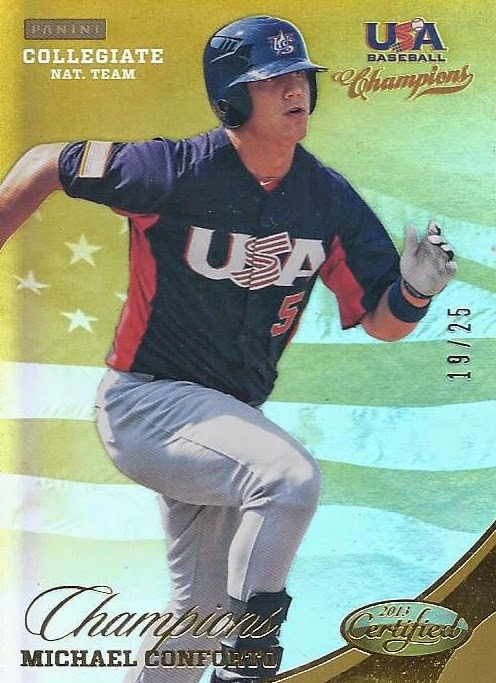 With the football, I closed with a pair of cards that were adds to my PCs. Today, just one add to my PC, and it isn't a direct one. Michael Conforto wasn't yet a Mets draft pick when this card was released, but he is now, and this card is definitely heading into my Mets hit binder. It might not technically be a hit, but it is numbered to 25 and nice and shiny, and that's good enough for my binders. 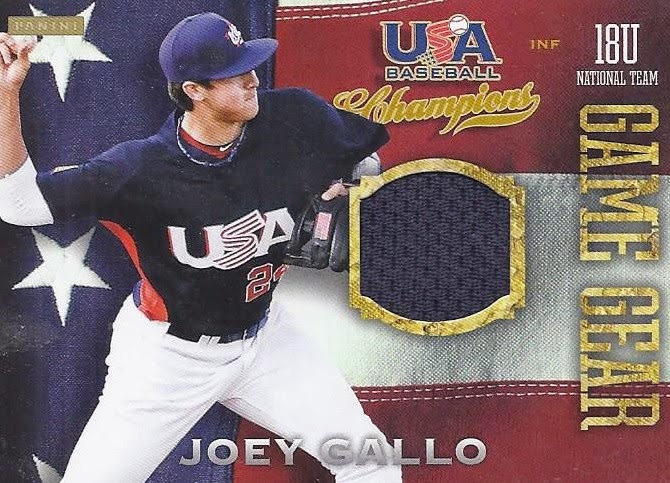 USA baseball came up quite a bit, and I actually have a pretty decent collection of swatches. I've sent a couple off in trades (A Trea Turner bat piece is on his way to someone who I hope won't have a Breakdown when it arrives). In addition to this one of a promising slugger, I've got a Josh Elander, Trea Turner, David Berg and an Austin Cousino. All are nice blue swatches that work well with the design and theme. 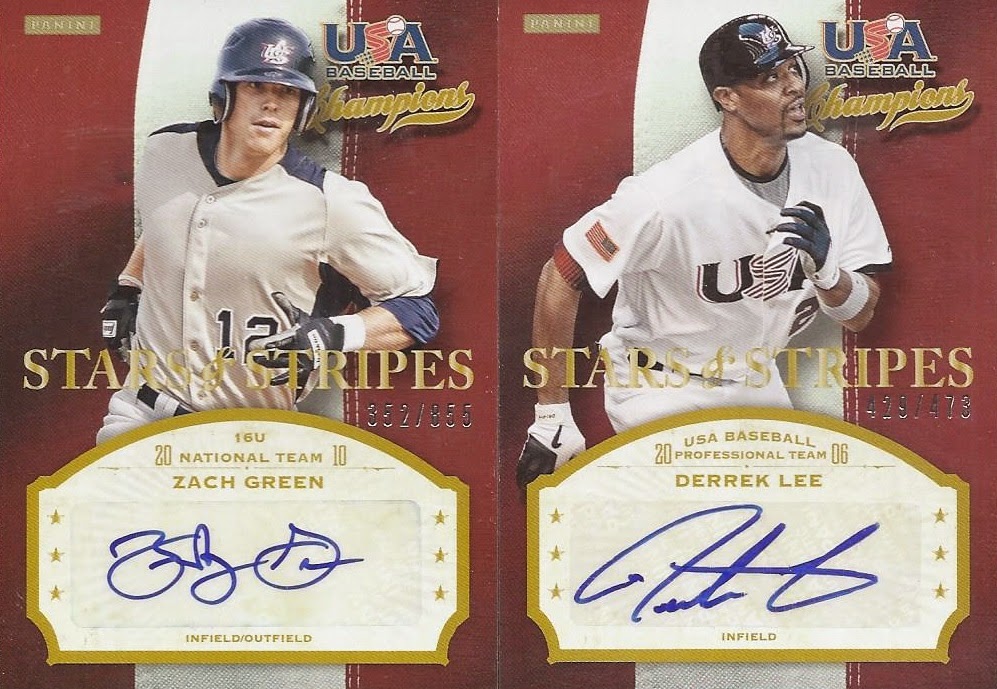 But, I've ended up with a pair of autos as well from this, with a pair of stickergraphs with odd numbering. At least I know how many stickers they had around for each subject. 855 and 473 each. 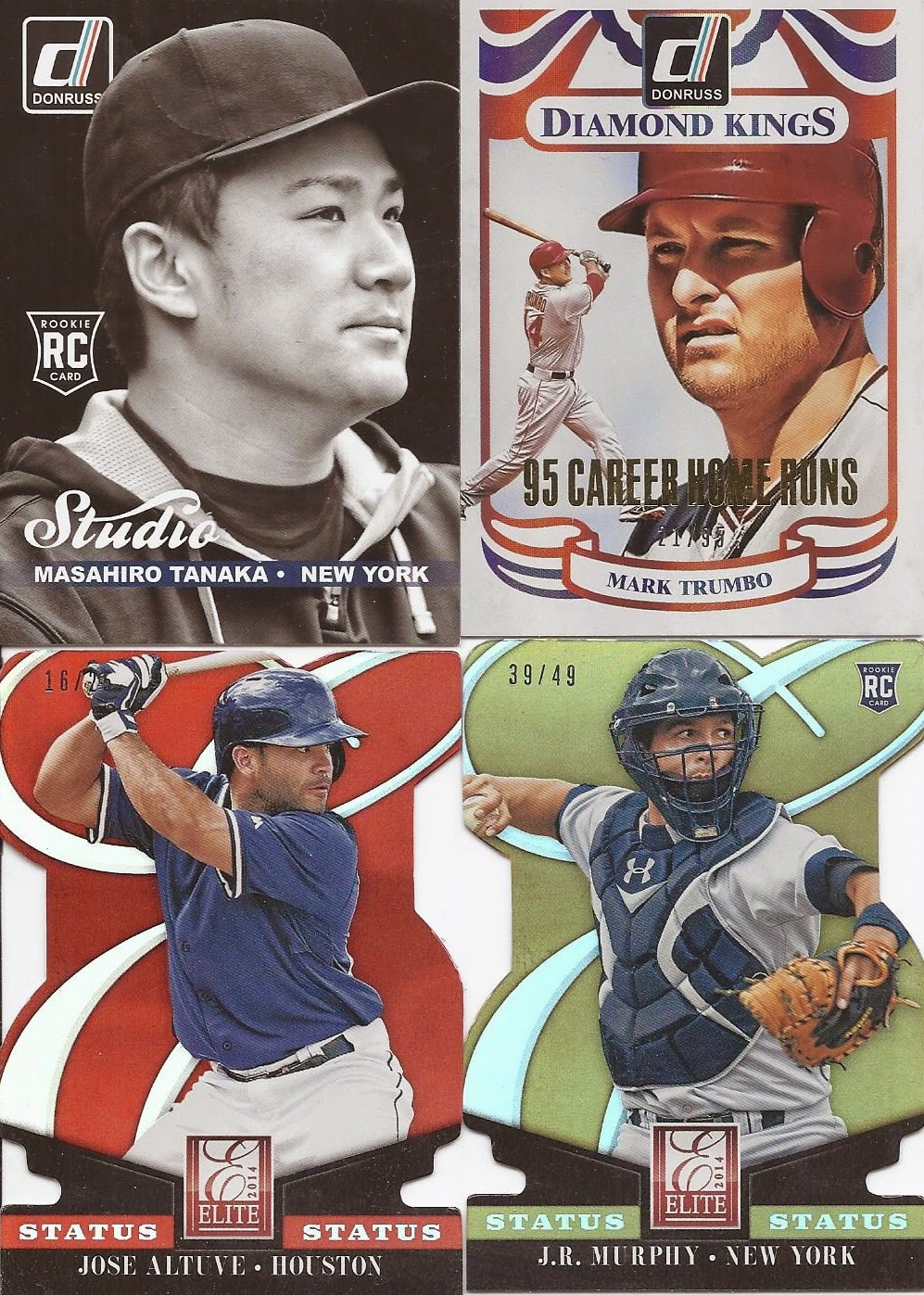 This year's Donruss didn't bring me a hit, but did land me some low-numbered parallels and an insert. That Altuve looks really nice in hand. 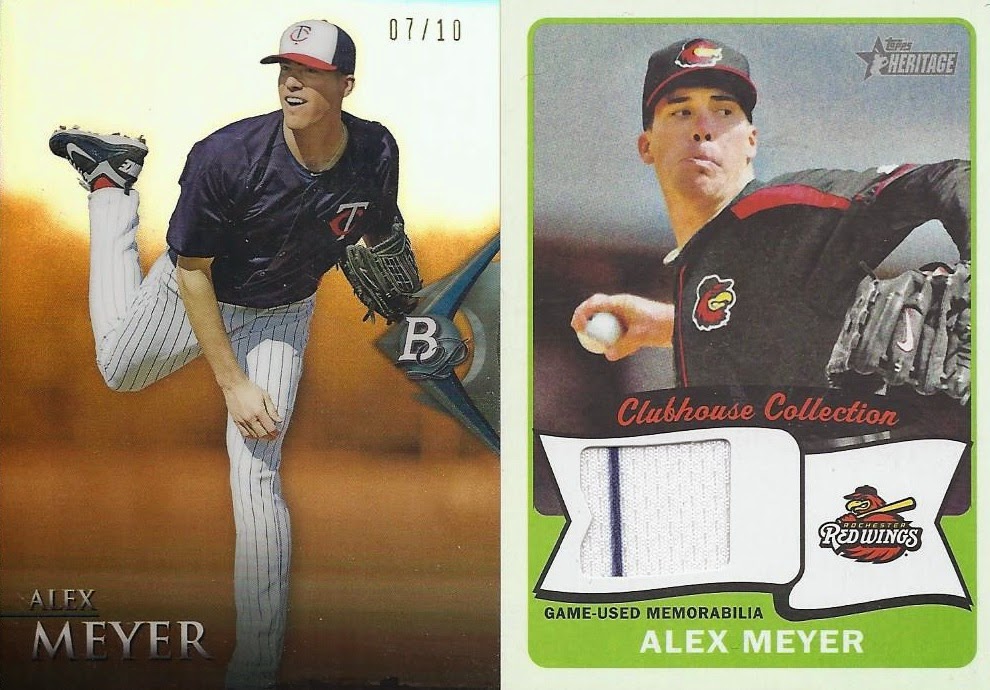 Only one player has showed up twice for me - that being Alex Meyer. He's a pretty strong prospect in the Twins system, and some have him as part of their starting rotation coming out of 2015 Spring Training. So, that makes this orange /10 parallel a pretty interesting addition. And a second minors relic for my Heritage binders is also a nice addition. In fact, the pinstripe makes this far more interesting than the plain gray Kris Bryant. 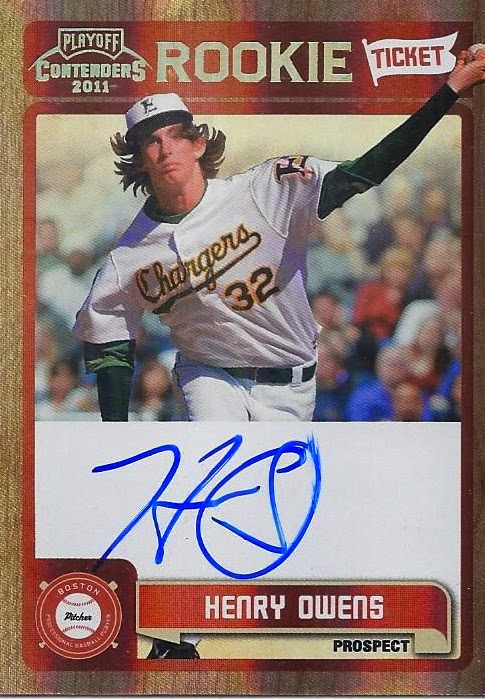 Surprisingly, the two USA cards of Lee and Green were the only stickergraphs among my baseball autographs. Even though Lee was the only auto of a non-prospect, there were some promising ones among the minor league guys, such as this Henry Owens. It isn't licensed, but it is a bold and interesting signatures. I appreciate the S in the middle of the O to make it a little more than just initials. Here's my second on-card auto. Andrew was a second round pick, but he has struggled at A ball this past season going 7-9 with a 5.38 ERA. At least the photo here is more flattering than the one on his Sterling card. 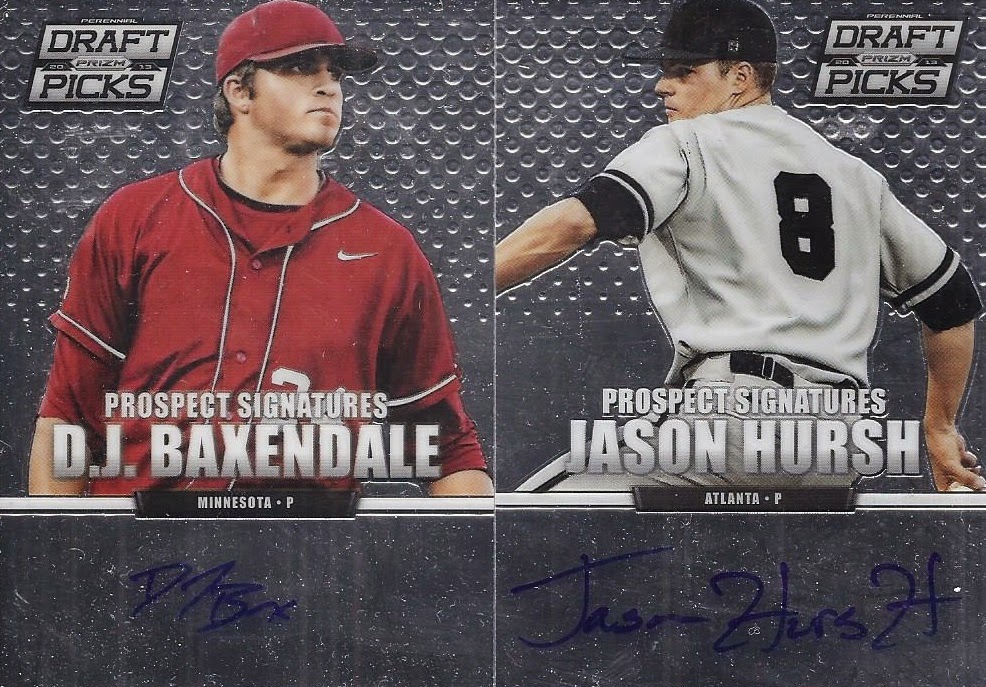 And a couple shiny autographs to wrap up this up. I have no idea if Jason Hursh has potential in baseball - but I do love his signature on 2013 products. Although he has gone down a bit in terms of his Bowman cards in 2014, with more focus on just the J and the Hs.

The best cards in life are free, and these were some nice ones.

Posted by buckstorecards at 15:01