And the rest of the cards in the packs in the repack.If you're too lazy to click back to yesterday's post, still left are:

Time for another chronological assault to finish off this box. 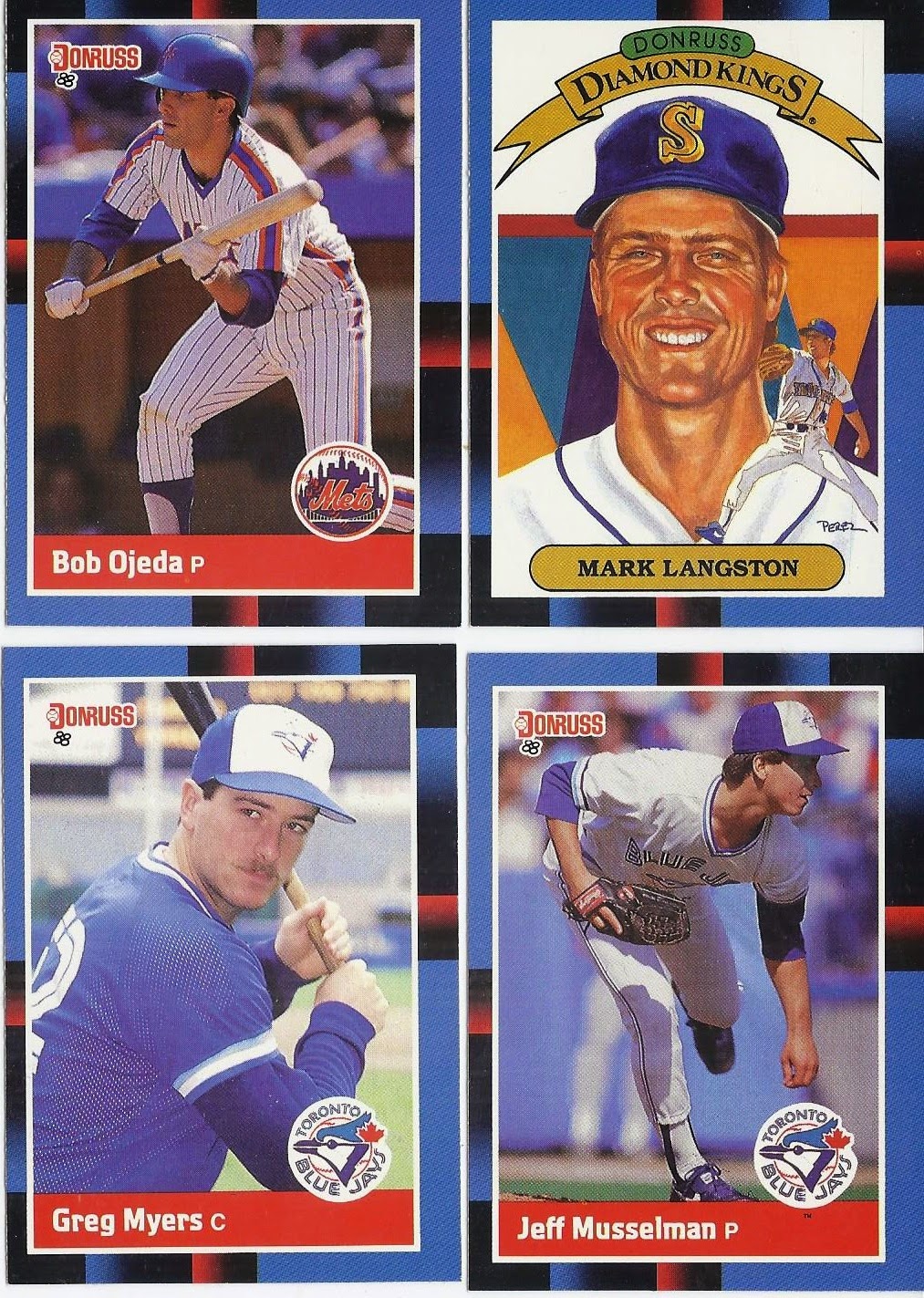 Yeah. It is 1988 Donruss. What I do when I open them is hope for Mets, Blue Jays and Diamond Kings. Maybe an Expo. And look at that. I pulled a Met! It was the only one in the whole repack, and one I've got several copies of, but how can I complain about a great card with a pitcher bunting? Yes, complimenting a photo on a 1988 Donruss card. If I can do that with 1990 Bowman hockey, I'm sure I can do that here. Rounding that out is a Diamond King and a pair of Jays. Pretty good keeper ratio from this set. 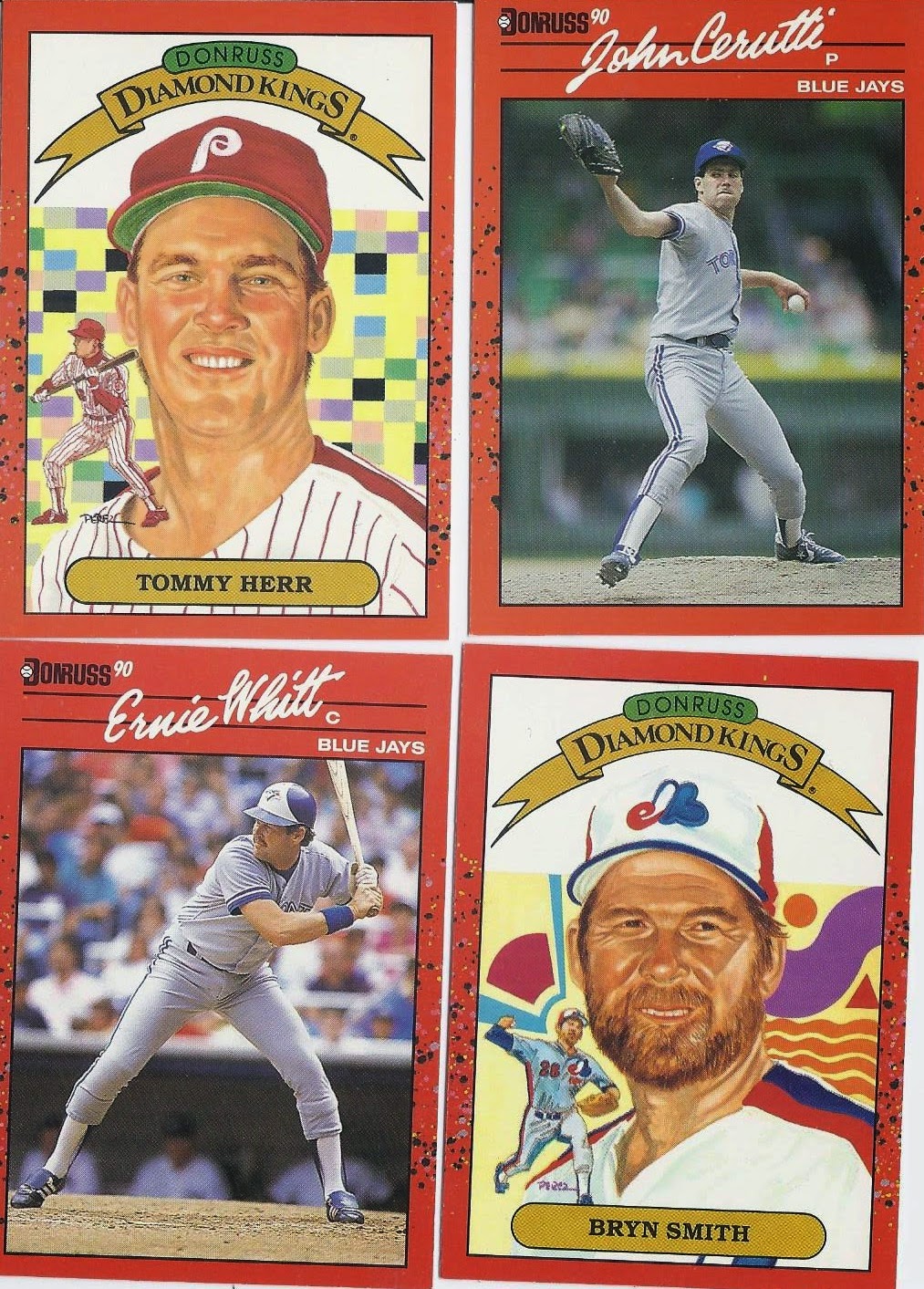 And I also get 4 Keepers out of the 1990 pack. That's got to be a record for me. No Mets, but a twofer with a Diamond King Expo. Ernie Whitt would be a perfect candidate for the fan favourite autograph portion of 2015 Archives. 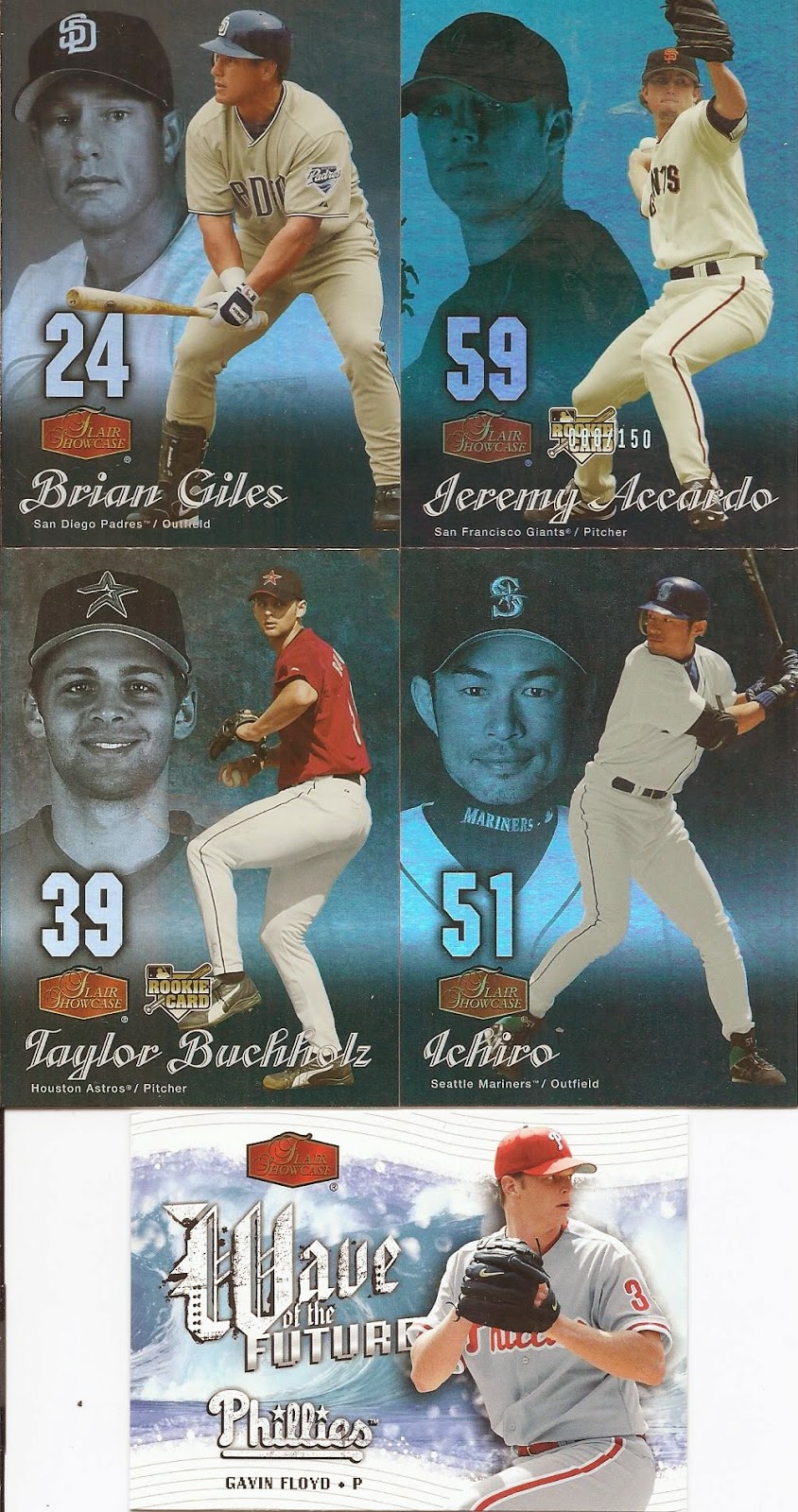 I really like the posed/in game design on these base cards. It gives a vibe that they reversed the images from 1992 Studio.The Accardo is an emerald parallel according to COMC, but it looks more blue than green both in hand and in scan. Both the Giles and Floyd were actually shipped out this morning as part of a trade package, and they hopefully won't cause a breakdown for the recipient. 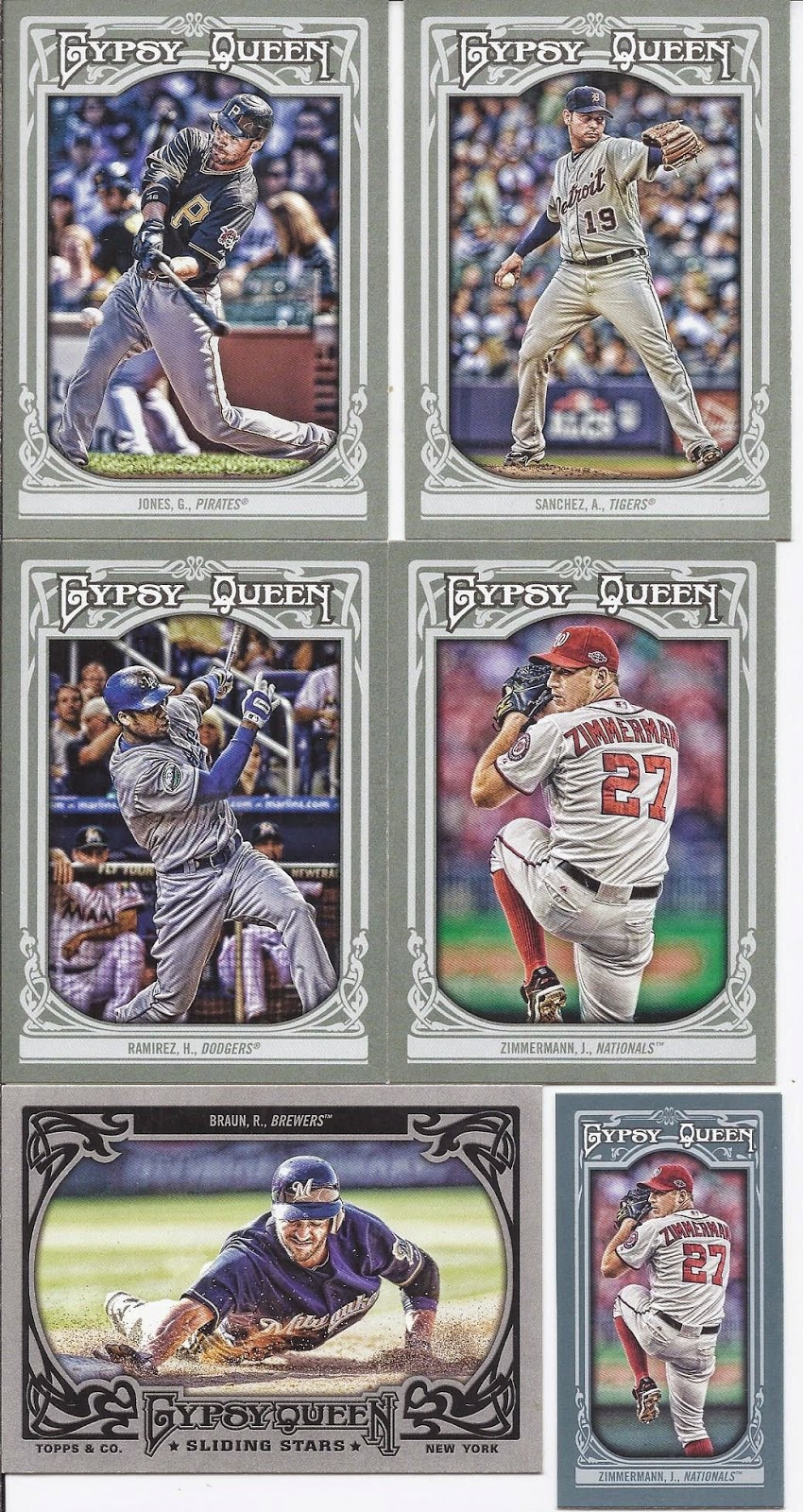 I don't think I could have pulled a duller pack of GQ if I put one together myself. Only the pulling of a mini and base card for the same player is notable.
But Archives was pretty good. A Tall Boy insert and a sticker. Not bad for retail pulls. And Cal Ripken cards are also nice additions.