Again, on the cheap at a card show. Unlike the last time, there isn't a hit to be seen in this (and the next) post. Instead, due to the lack of a dime bin, I spent my time rummaging through a 5 for $1.00 box and a quarter box. Mostly baseball cards, with a hint of hockey and football. Also, a couple of football and hockey that will show up on other blogs at some point.

Plus, I picked up a Score/Prizm 2013 Football combo box at Target later that day that was more than the cost I spent at the show. Just because I really can't plan to go to a show, get some cards, and not bust something at day's end.

But, that will be for later in the week. Tonight, the baseball portion of my Saturday. 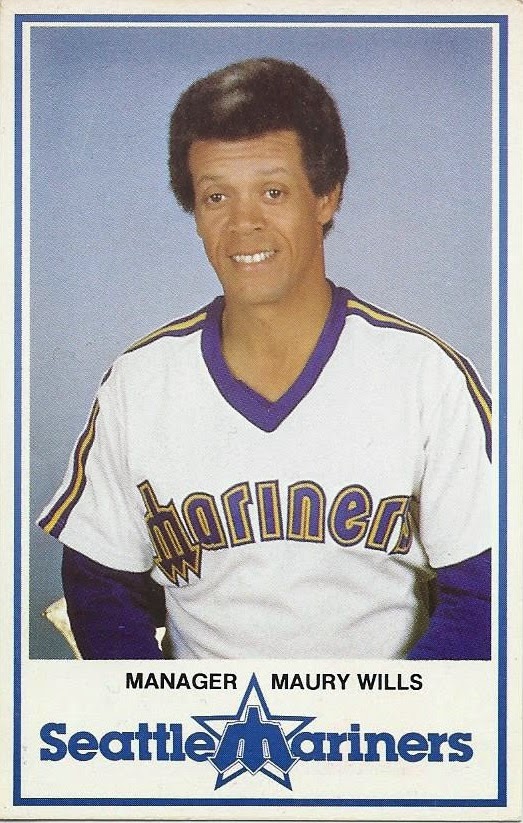 And leading with an oddball? Why not? I saw there were some early 80s Mariners police cards in this box, and hoped that there would be an oddball of Larry Milbourne for my 2/14 collection. There wasn't. But this is certainly an interesting oddball of someone who you wouldn't think of for a stint in Seattle, even if it was as a manager. 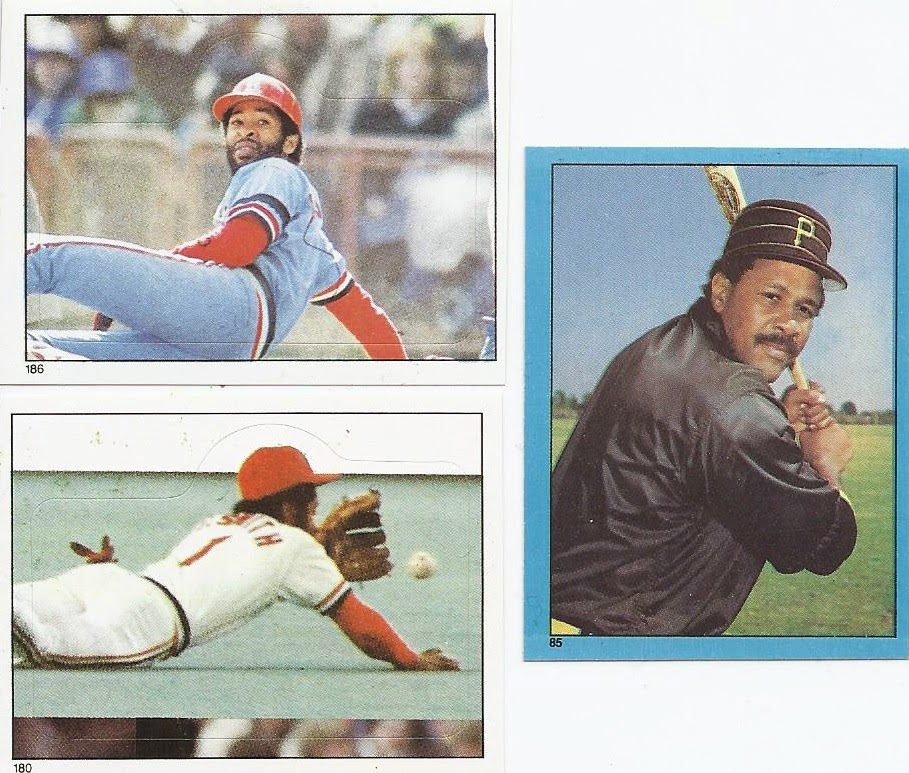 Are stickers oddballs? These are standalone, so probably not. But these are OPC stickers. The Stargell will probably be sent out to Bob Walk The Plank whenever I drop a new envelope that way, with the Smiths going to Cards on Cards. Assuming I don't misplace them  between now and then. Which, for me, is a possibility. 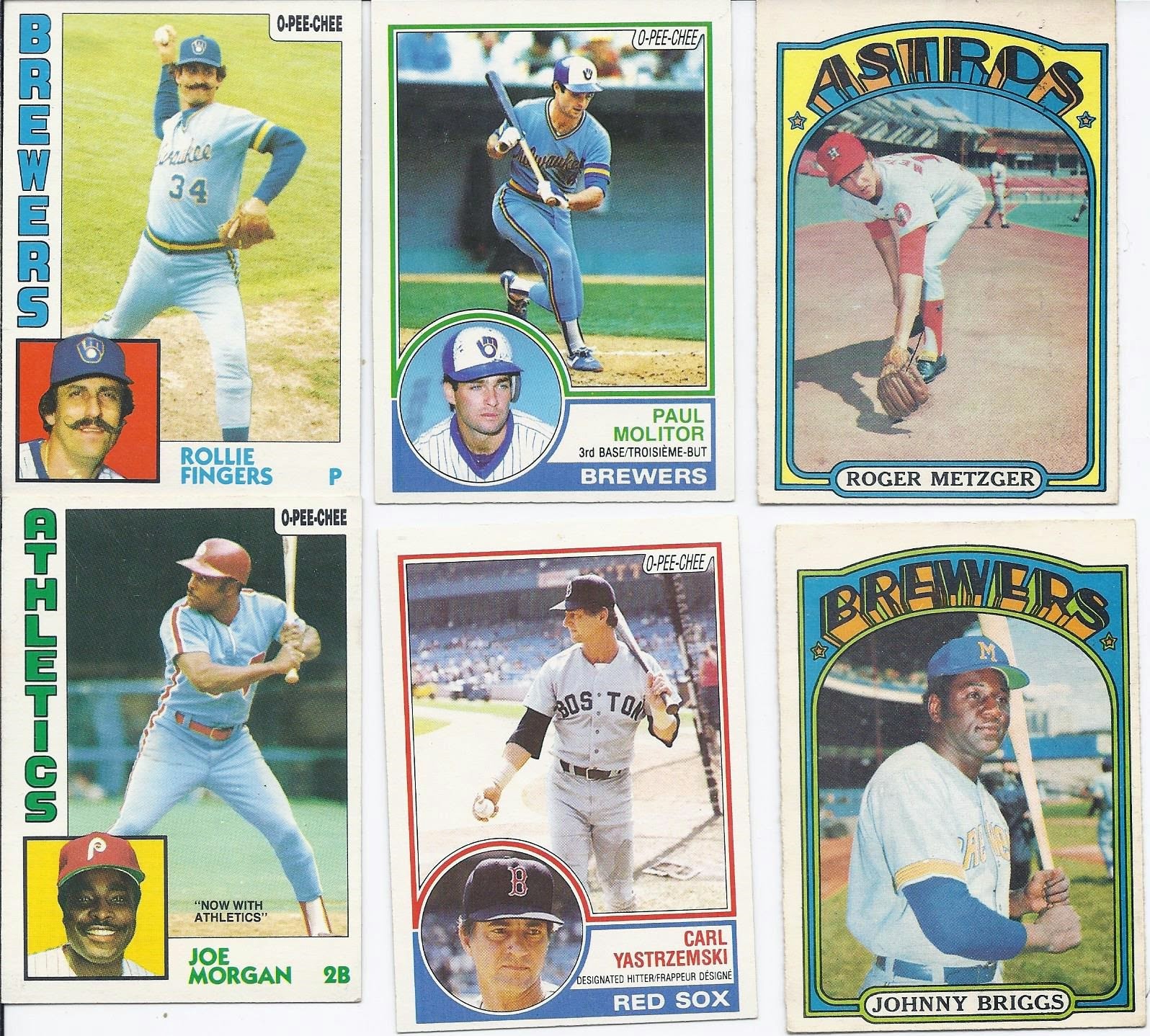 Yup. These aren't in any random order. From an oddball, to oddball stickers which happen to be OPC, to actual OPC cards. Take my word for it with the 72s with the lack of French on the front. Those are OPC. And, since I like 1983's design, why wouldn't I grab a pair of HOFers in all their bi-lingual glory? 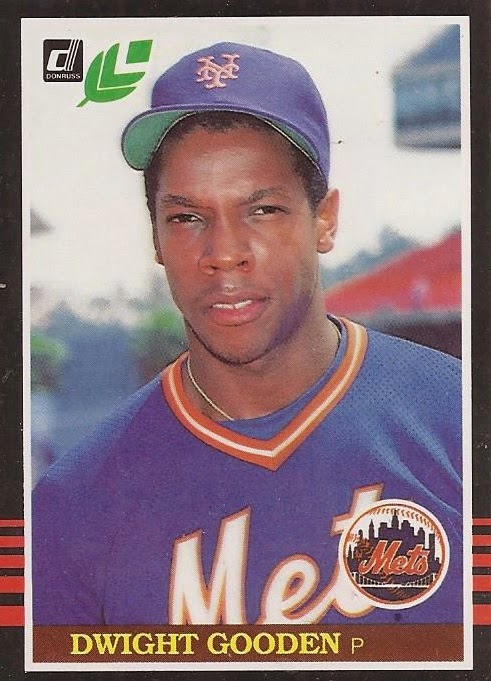 More bi-lingual goodness, as here's Doc's debut in Donruss via their northern cousin. At 50 cents, my big spending card of the day.

Interestingly, the Donruss back doesn't have the ROY watermark. But who wouldn't want to read about their sensationnel jeune lanceur? 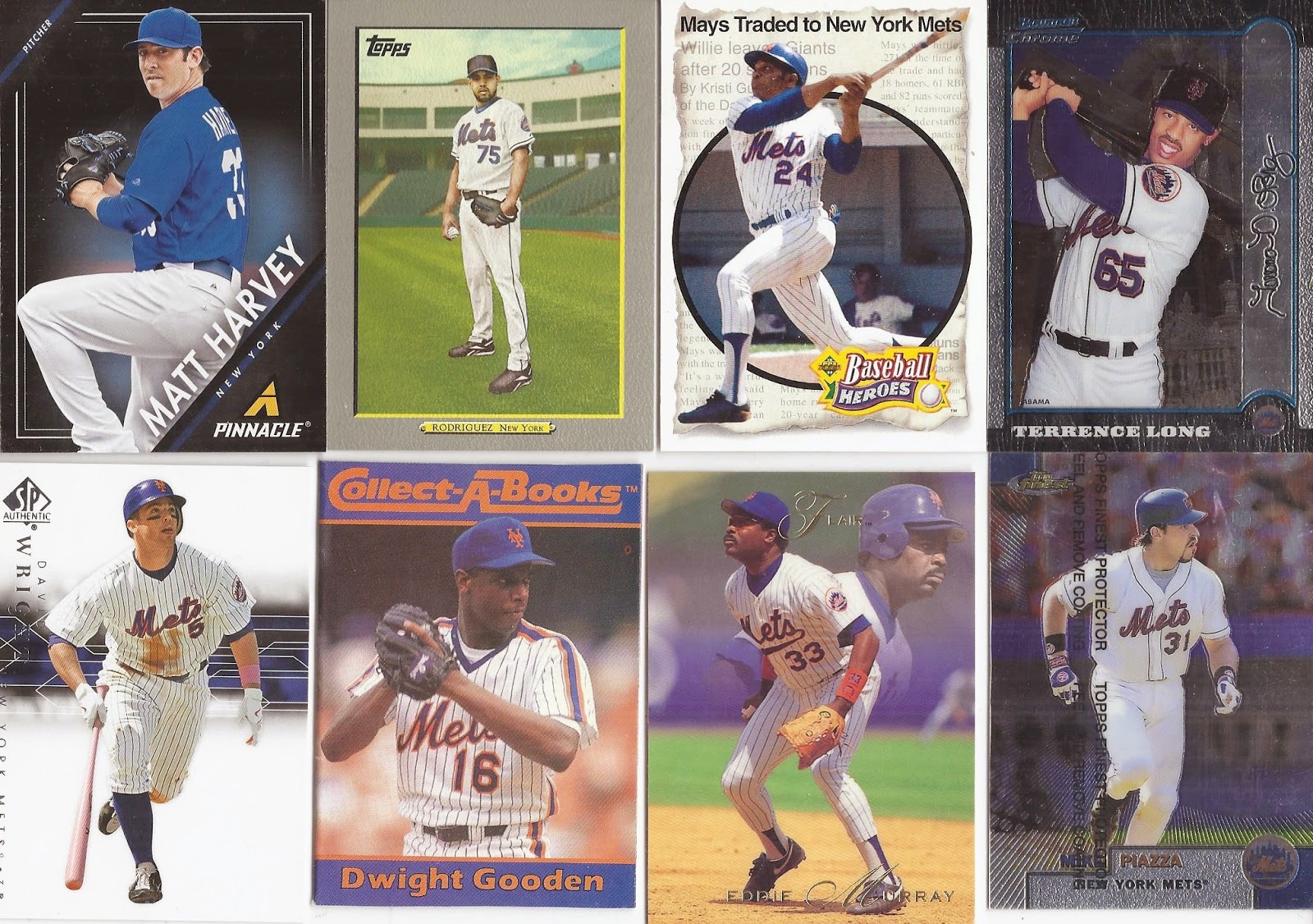 And even more Mets! That is certainly a diverse group of sets represented here. Flair. Pinnacle. And a Collect-A-Book. It really doesn't matter the set. Or the sport. I have a hard time resisting the pull of any of these. 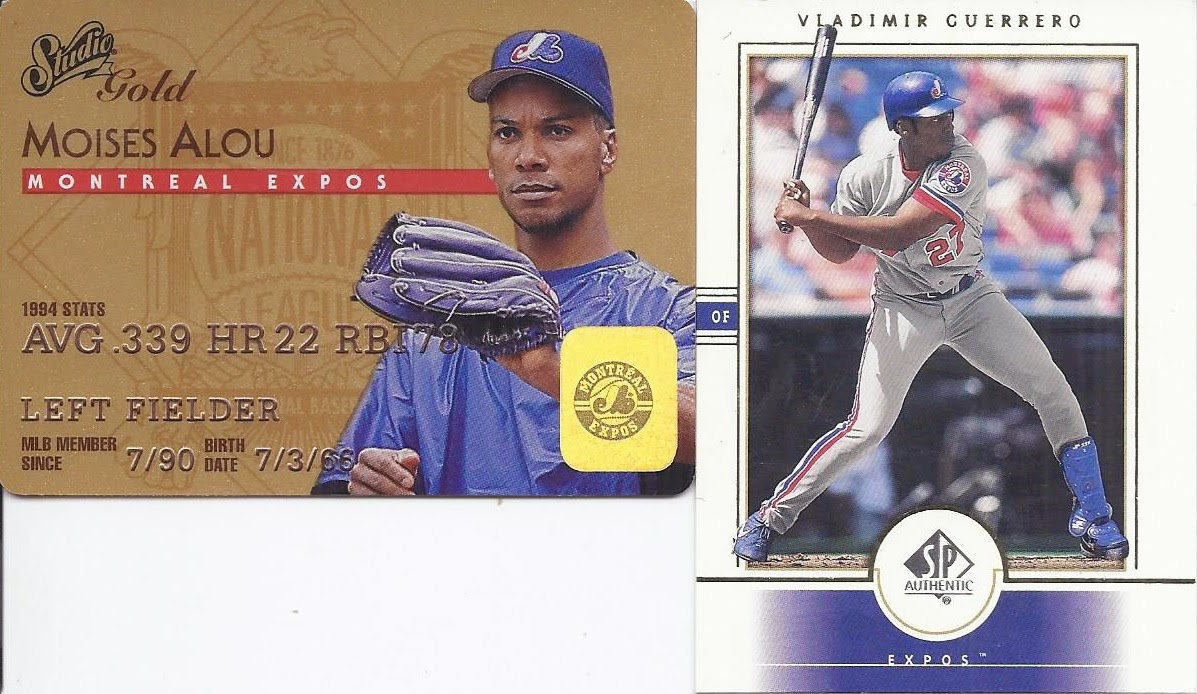 Staying in the NL East, here's a pair of Expos cards. One for that collection. One for my Vlad collection. 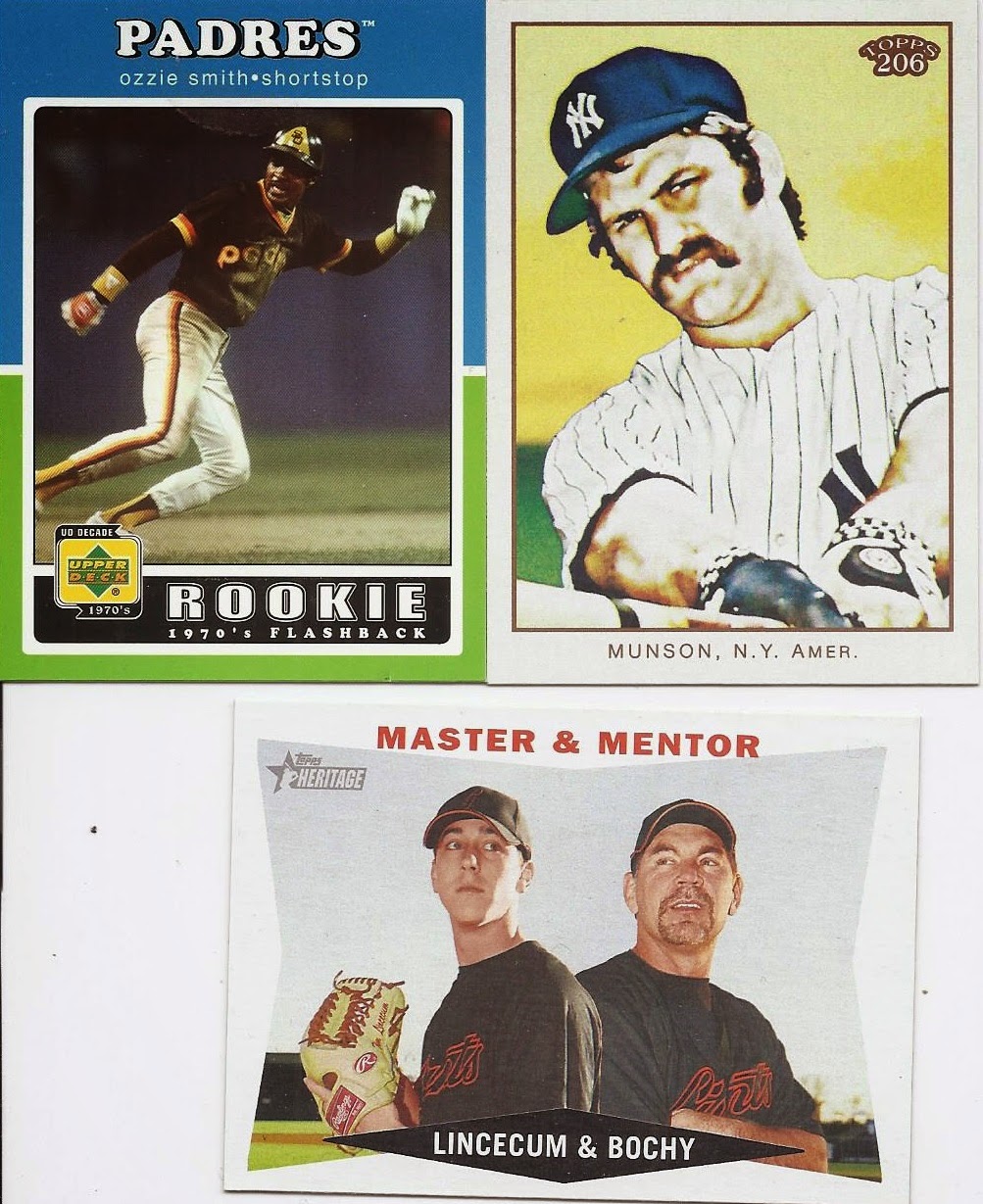 And a few random cards to close it out, since when the cards are 5 for a dollar, you can't step away with 3 cards less than a multiple of 5. Plus, it is an Ozzie on the Padres card. Those are always interesting.

Tomorrow, the hockey and football. And probably the box from Target. Just because.
Posted by buckstorecards at 16:51