Firstly, if you're a hockey card fan on twitter and you're not following @opeecheestars, you should be.

So, what do you do when you attempt to post the contents of a 300 count box that shows up at your doorstep? Try to divide it down into something manageable, and then post it in 4 parts.

With approximately 75-80 percent of the box being new goodies for the mask binder, that's one way to separate things.

There's some overlap between the Senators collection and my mask collection, put the fact there were quite a few cards that I had in one collection and not the other made it pretty easy to decide. Also, it gives me a nice volume of cards to choose from for each post.

Since I'm kinda leaning towards doing 3 straight Masked Mondays with the rest of the cards, I'll lead with some of the other goodies, which hit a lot of my PCs. 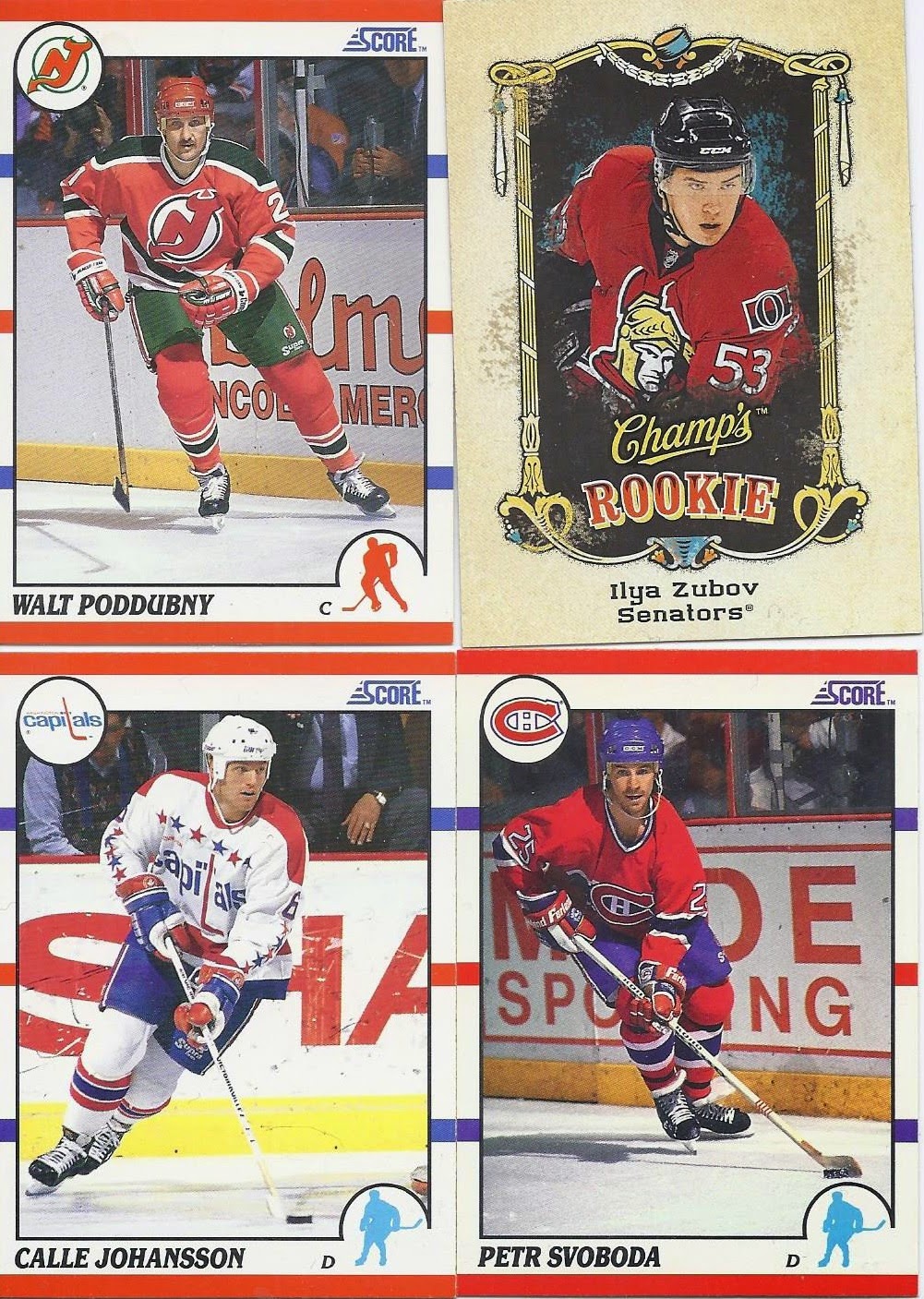 Such as these additions to my 2-14 collection. 3 cards from 1990 Score, and I needed all 3 of them! And anything with a Champ's card is automatically an awesome grouping. I saw Ilya appear during a post Jeff made at Pack to Be Named Later. And me wanted! Me wanted! And me got! This puts my overall binder total at 883. 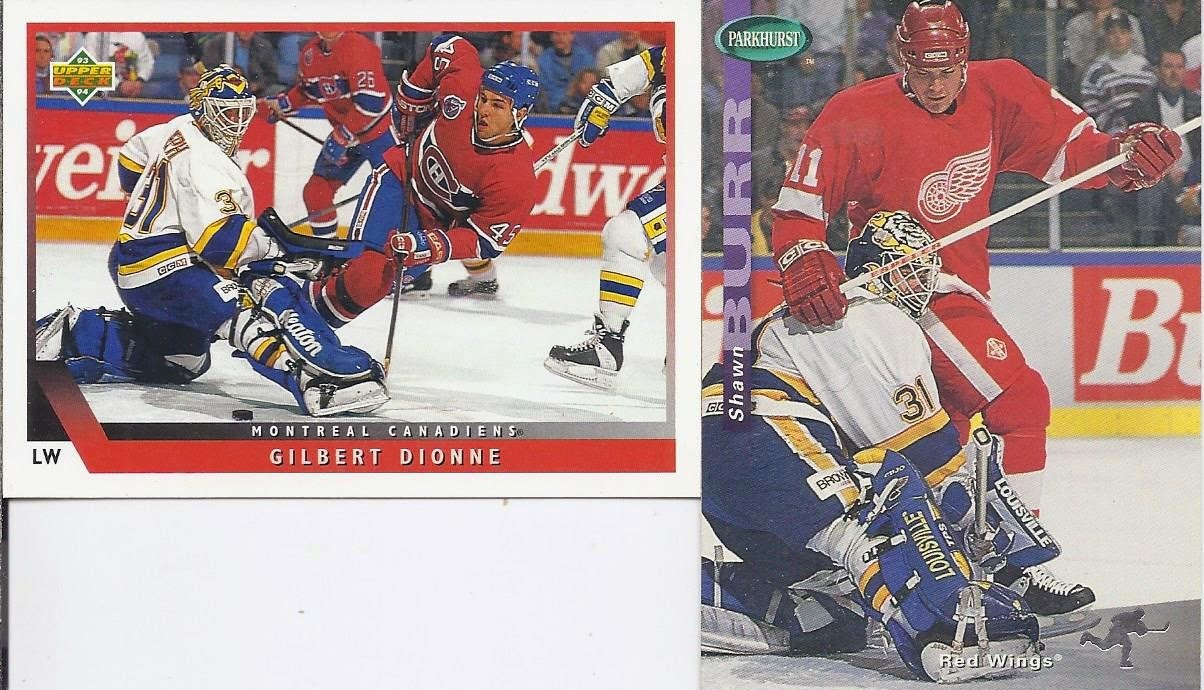 Just two cards for my Kitchener Rangers alum, but both are nice. We've got the late Shawn Burr, and a gorgeous photo of Marcel Dionne's younger brother. Marcel sat two seats over from me during a Rangers game back in 1990. 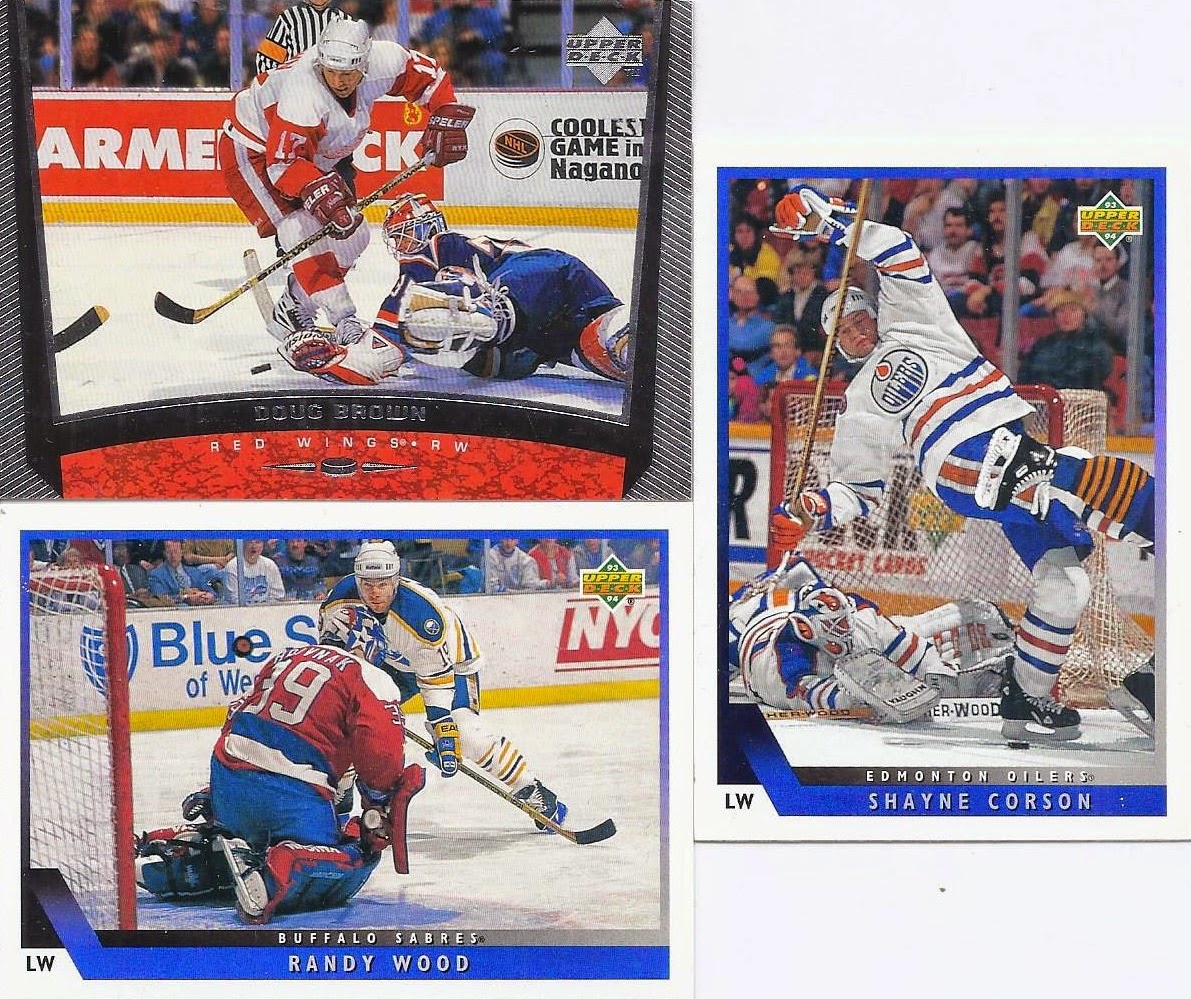 And one good photo deserves three more. The only addition here is to my really great photos collection. All Upper Deck, naturally.

3 new Alfies! I actually had the Silver Signature parallel of the MVP, so it is nice to add the base cards. 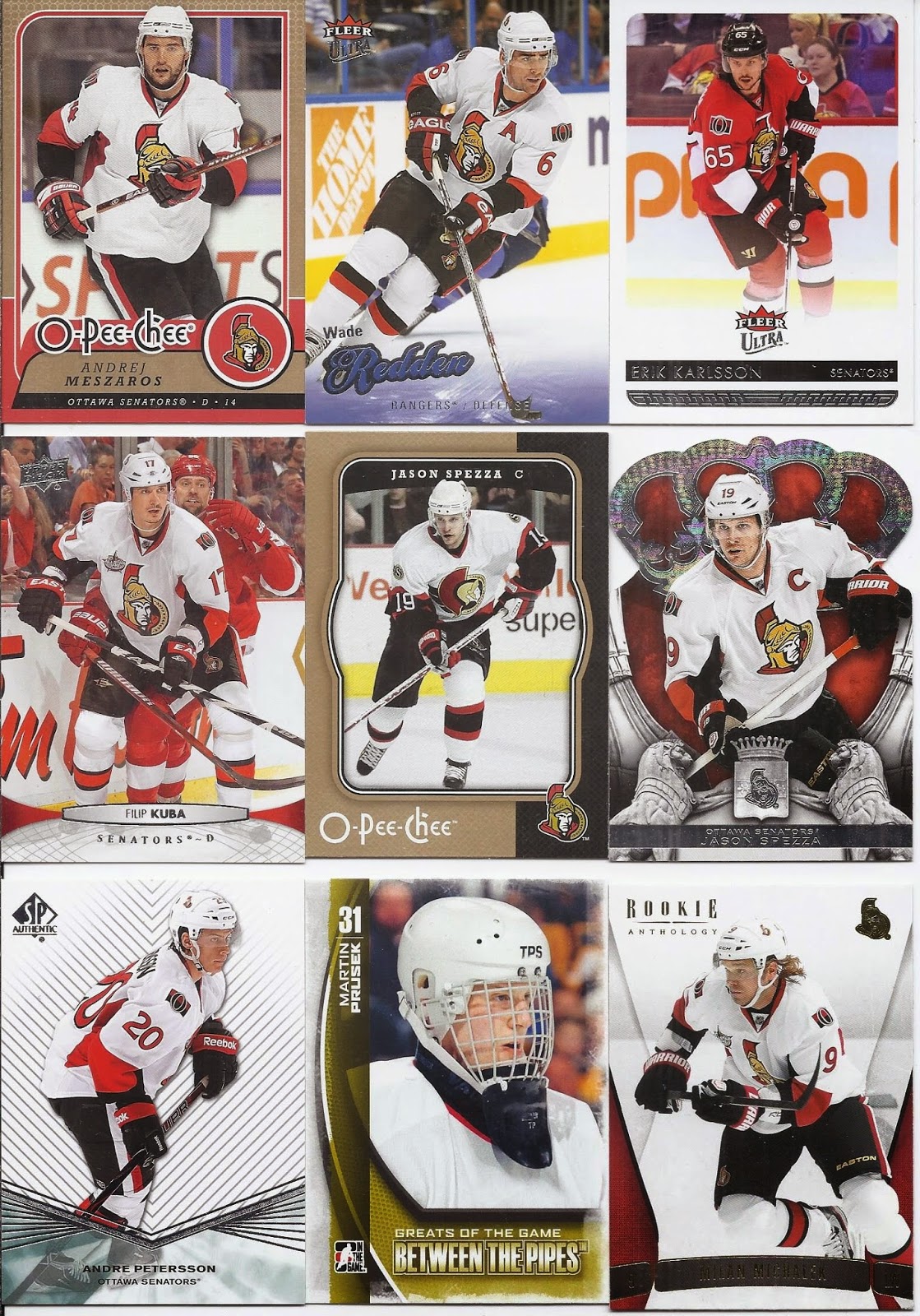 Here's a sampling of the random Senators base cards included. It is somewhat of a stretch to call Prusek a great of the game, though. 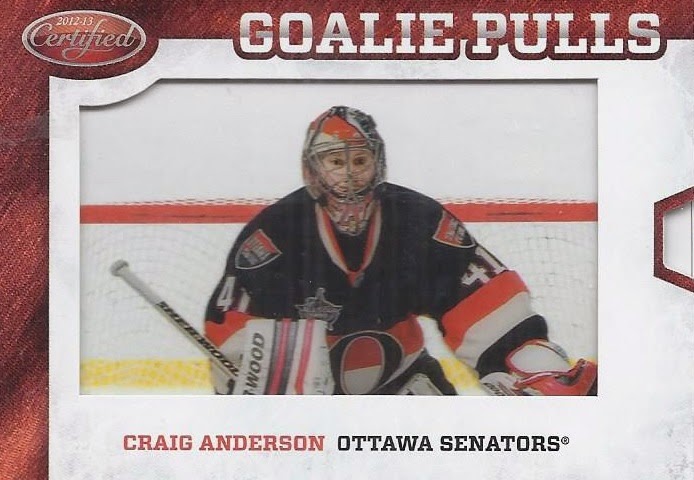 As this posts close, here's a Goalie Pulls card of Craig Anderson. With this card, the inside of it is acetate and you can pull that out. Hence the name. 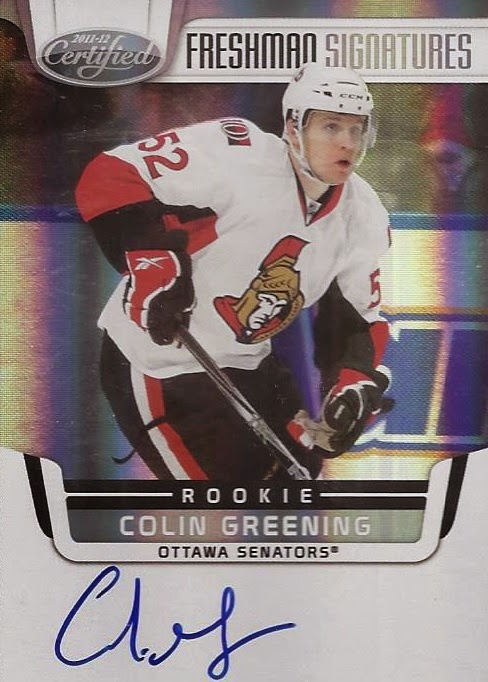 And nothing better to wrap things up with than an on-card auto.

In case I forget to do so during my following posts, thanks for all these goodies! With a 300 count box, I can't show all of them, but they all have great homes.
Posted by buckstorecards at 17:14