And now, a quick look at some of the cards that were the highlights of the cards featuring photos from prior to 2000. 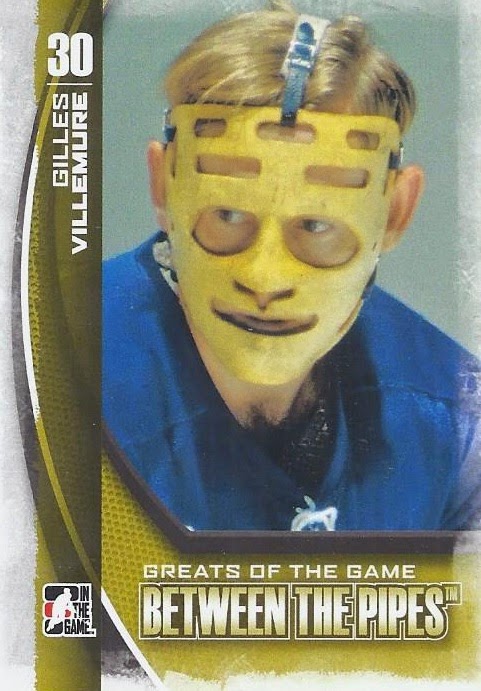 A card like this is the primary reason I include modern cards with pre-2004 folder. They're great looks at the early dats of masks, but don't look out of place in that binder. Plus, who needed to protect anything but the face back in those days. 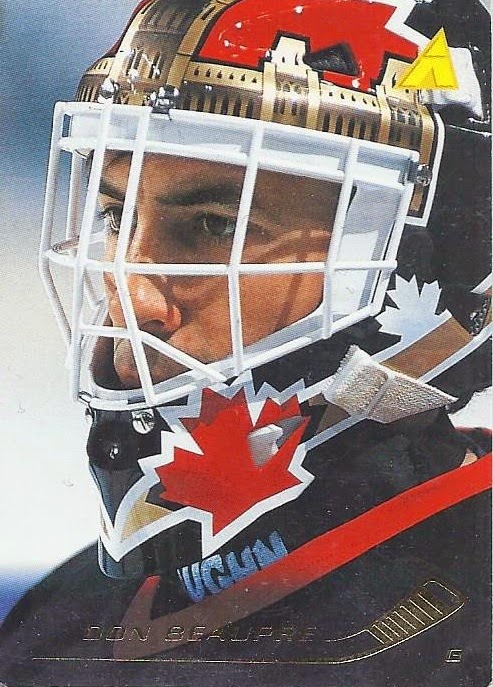 This was a card that was already in my Senators collection, but not in my mask collection. Perfection! 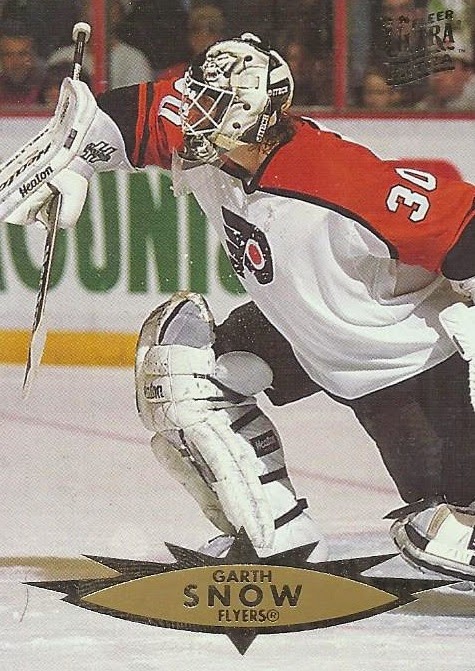 This was another card that I was fairly certain that I already had in the binder, but it turns out I've just got a lot of cards with Garth Snow in his Abominable snowman themed mask. While that theme has hit the overuse stage thanks to the Avalanche, it would not really be appropriate for Garth to use any other theme once he started with it. 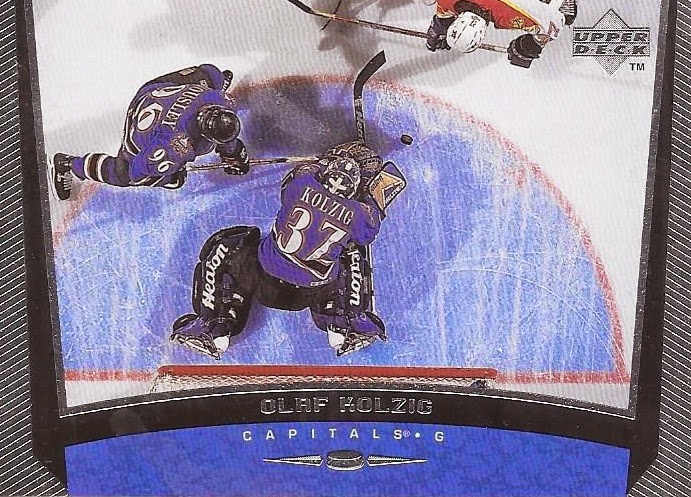 This one might not end up in the mask binder, but will instead end up in the misc. great photos binder. Which means I probably should have posted it yesterday. 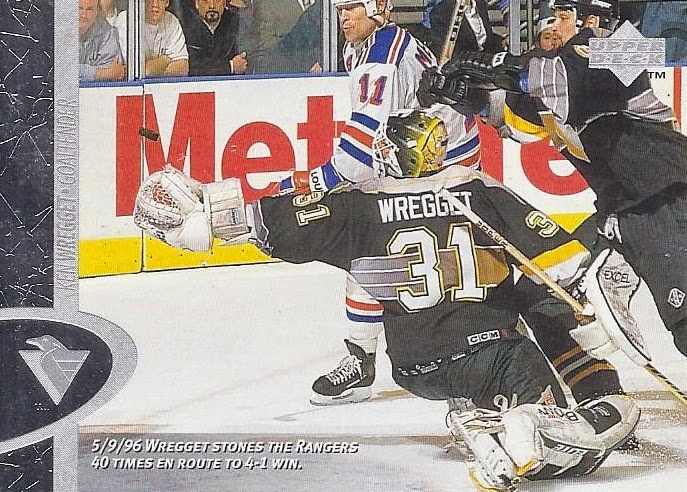 A rare goalie card with a nice view of the backplate. 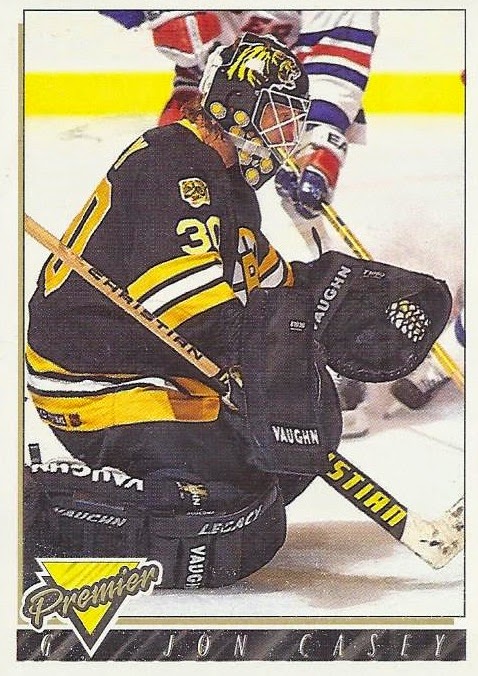 One of the highlights of thumbing through the cards was reminding me of guys who had stints with teams that I'd forgotten about. Jon Casey's stint in Boston qualified. 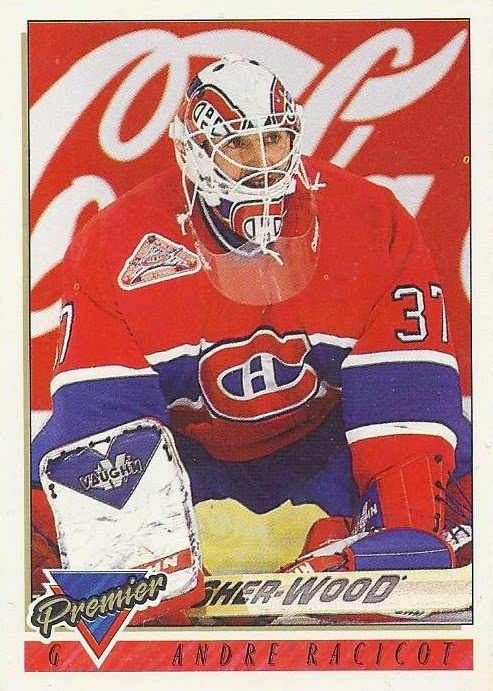 Owner of one of the least flattering nicknames in sports history - Andre "Red Light" Racicot. 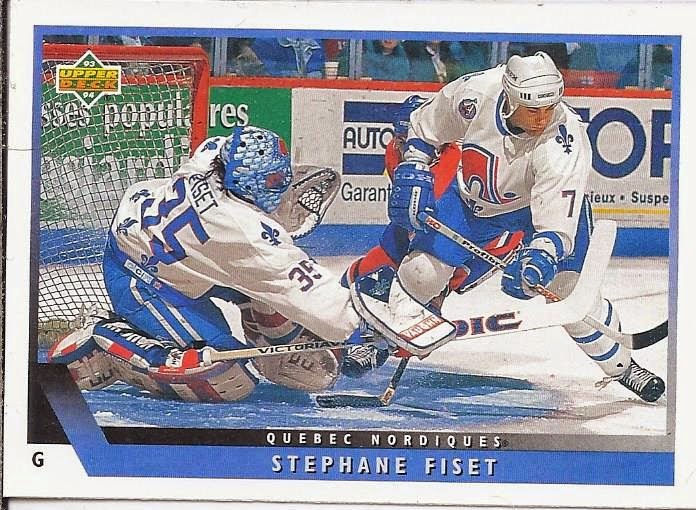 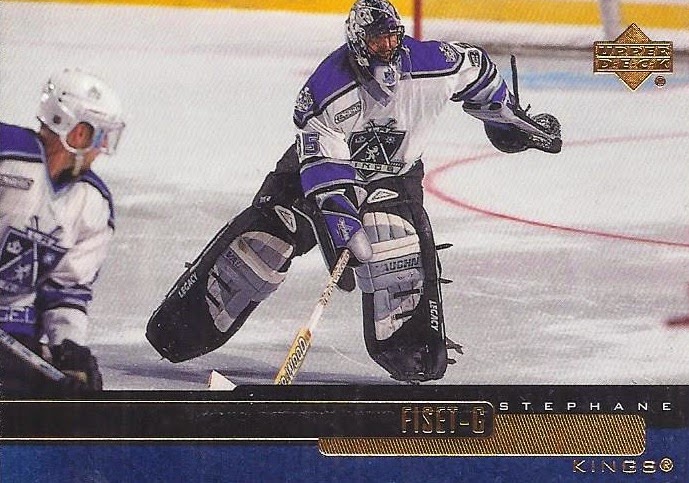 The big winner in terms of volume might have been Stephane Fiset. He was also the big win in photographic choices as well. The top gives a perfect action shot of the chaos in front of the net, and the lower features a card with the goalie about as far from the crease as possible during play. It isn't many times they show a goaltender heading out for the extra attacker, but this could be the first time. And both are Upper Deck flagship shots. Because who else would?

And that wraps up the fist part of the box. I've still got two more mask intensive posts to go, but those will come later this month. Maybe for 2 more MAsked Mondays.
Posted by buckstorecards at 12:30