2014 Adventures in Repacks: Part 65 - Another Cube or Cards situation

This time, a smaller, less expensive entry into this specific type of repack. Just 2 packs and 25 loose cards.

And of course, since this is a repack, it means at least half the loose cards will be either: 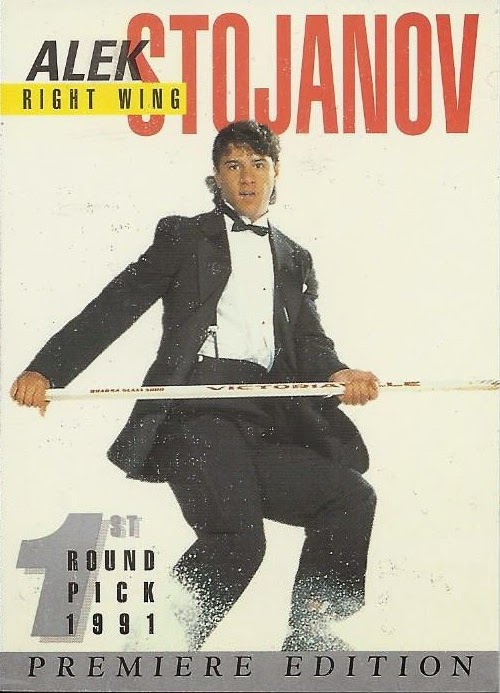 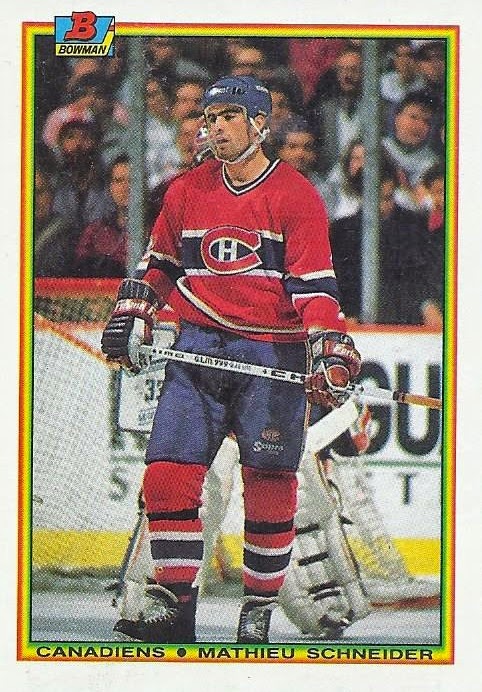 Sleep-inducing 1990 Bowman cards. I might have enough of these to wallpaper a room with them. Perfect for insomnia! 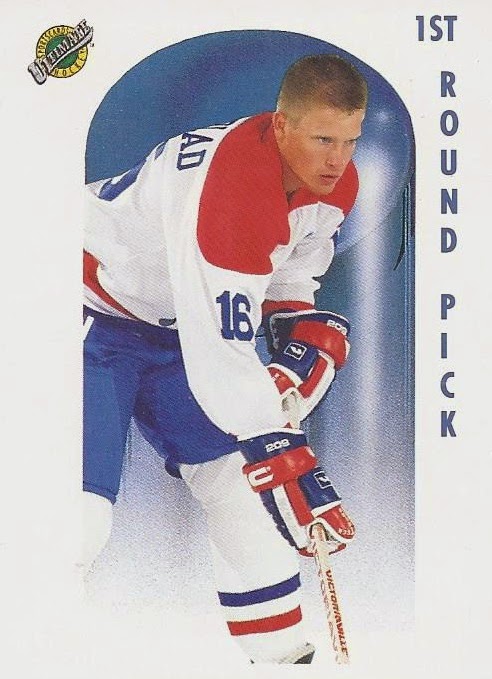 But, there are still some decent cards among the miscellaneous additions. 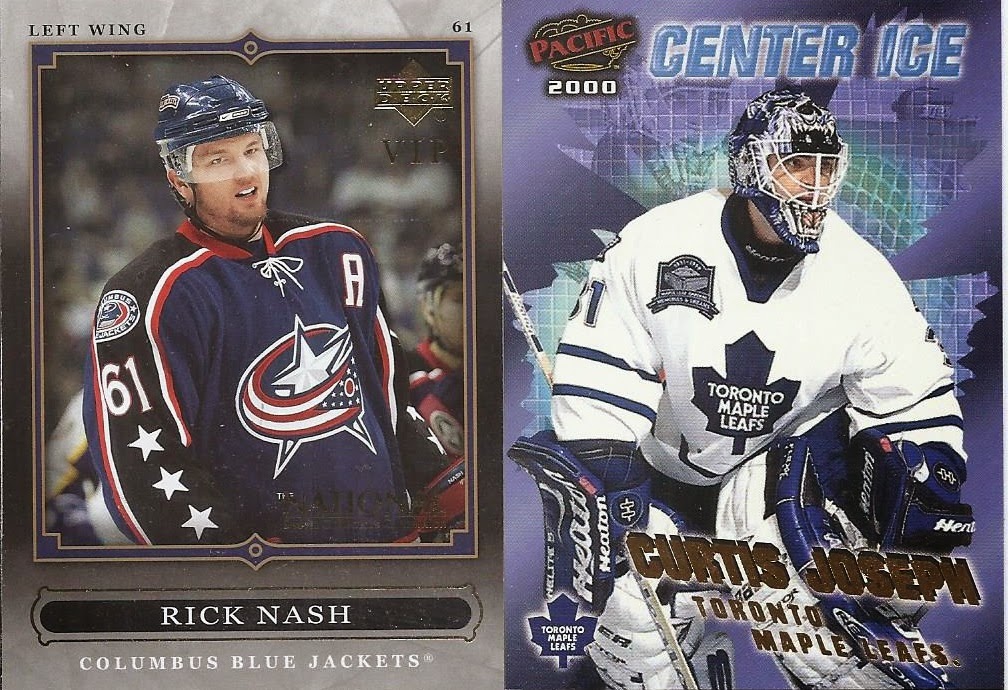 Such as these. These were actually the two visible cards in the cube. A card from the 2007 National and a card for the mask binder. Seemed good to me. 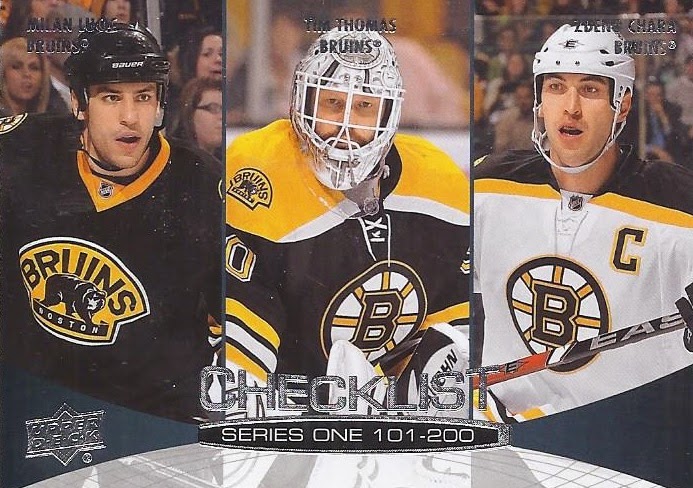 Not visible, but three different Bruins jerseys on the same card is pretty interesting in terms of layout. 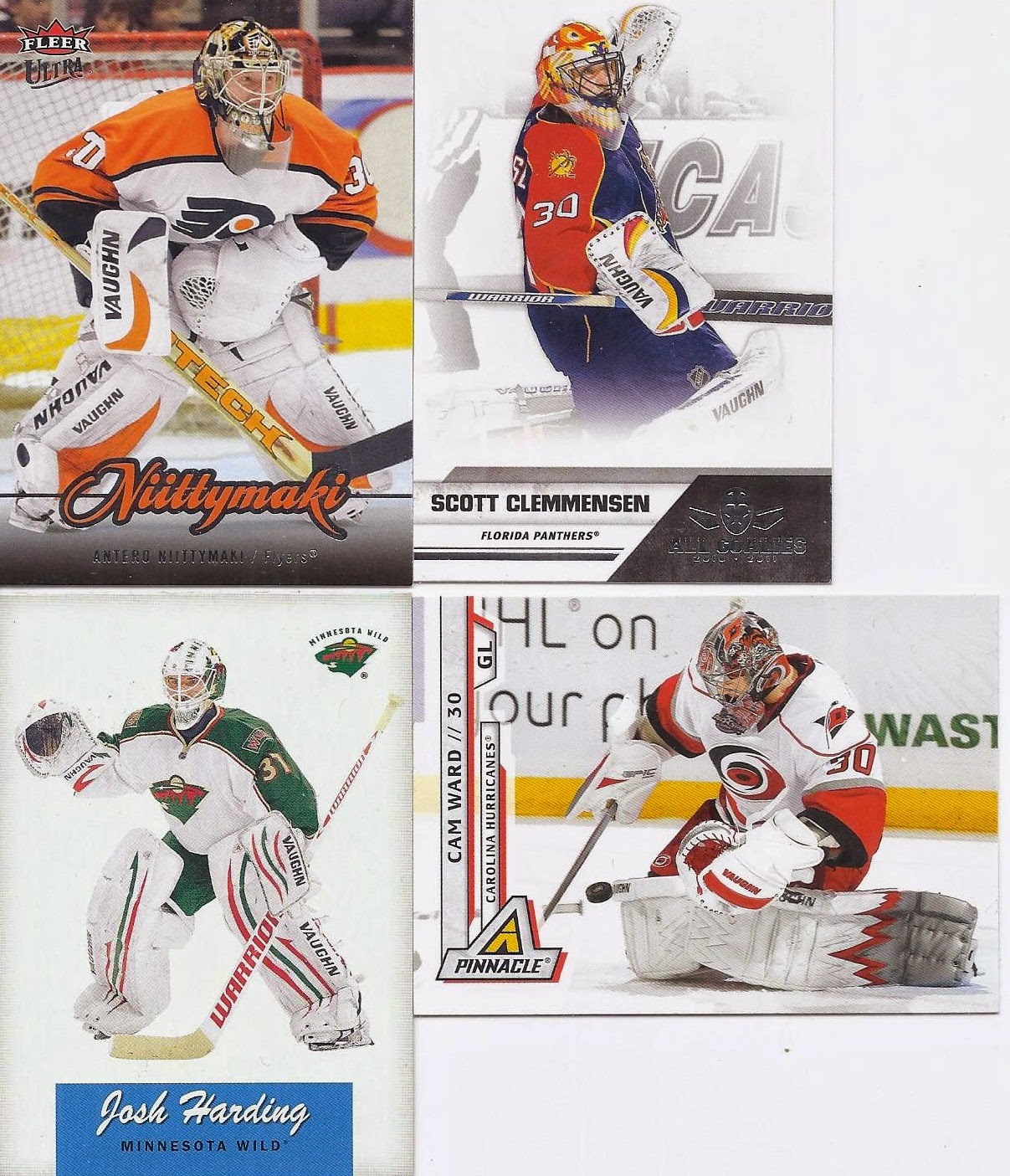 And here's 4 more mask binder cards. Antero's use of his Frank Nitti nickname to create a gangster themed mask is one of my favourites of the past 10 years. Nitti makes his return to Philly this year on Steve Mason's mask, albeit in zombie form. As are some of Scott Clemmensen's entries. They are simple, but the design  immediately recognizable even on a distant shot. 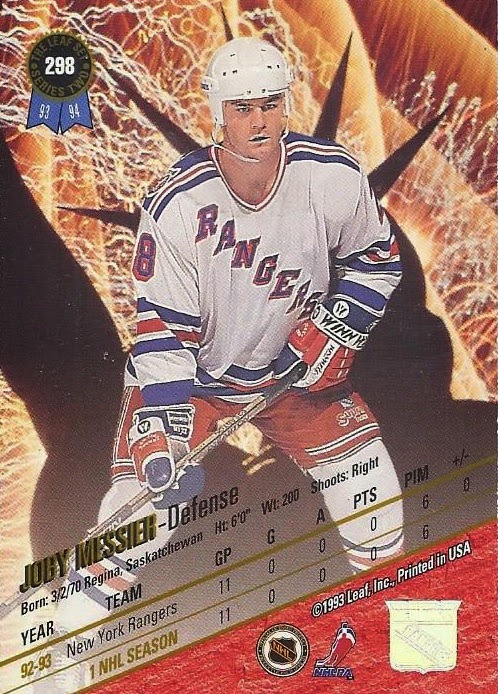 Pull a 93 Leaf card. Show the back. It is the same for hockey as it is for baseball.

Now, for the packs. 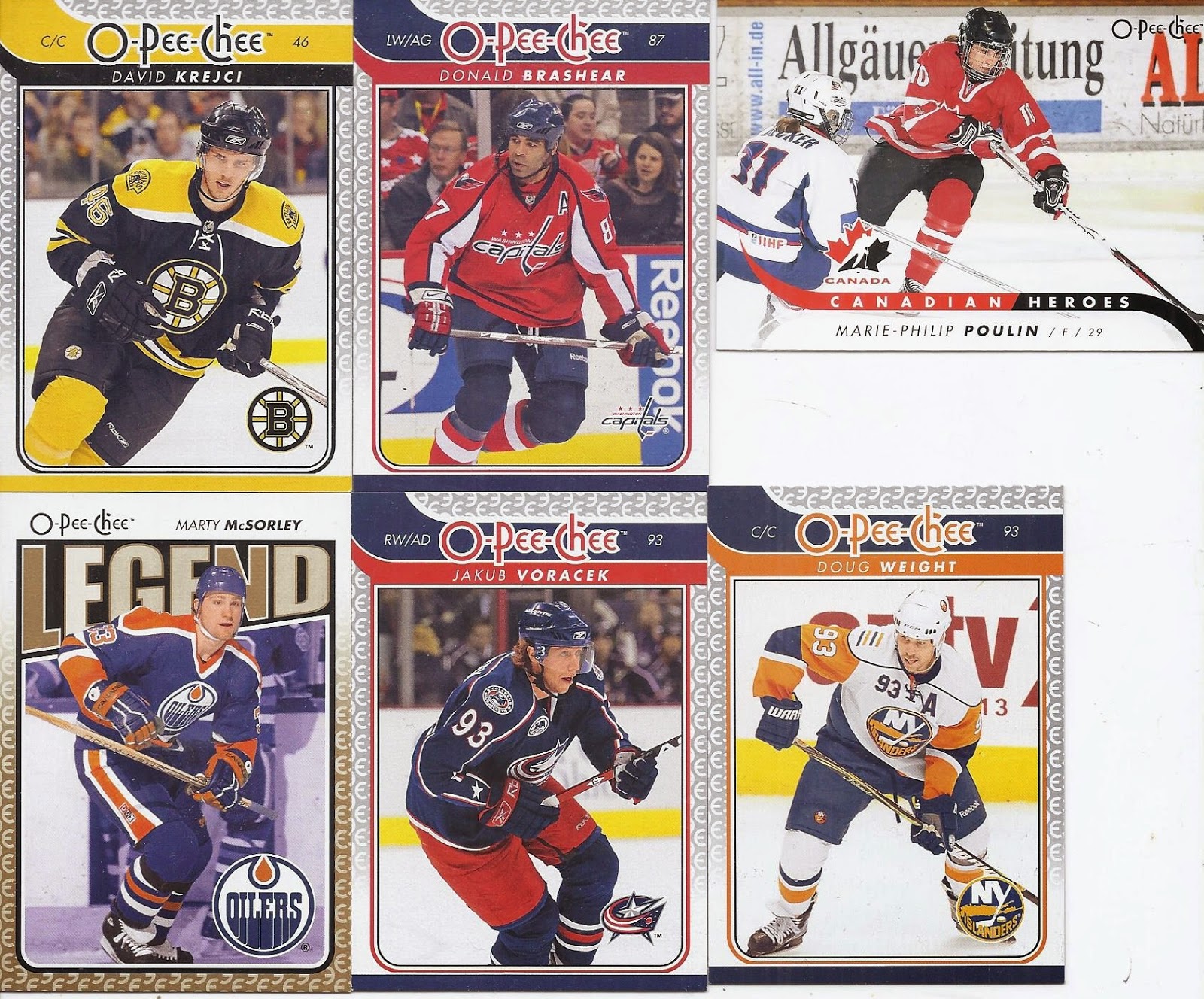 2009-10 OPC is pretty much standard for repacks. I can't complain too much about this when I pull one of hockey's (in)famous tough guys. And anything that contains one of the Canadian Heroes cards is automatically a great pack.

The other pack was 2006-07 Fleer. Not the most spectacular of packs, but since I never busted any of that at the time, I was interested enough to buy the repack for this pack. 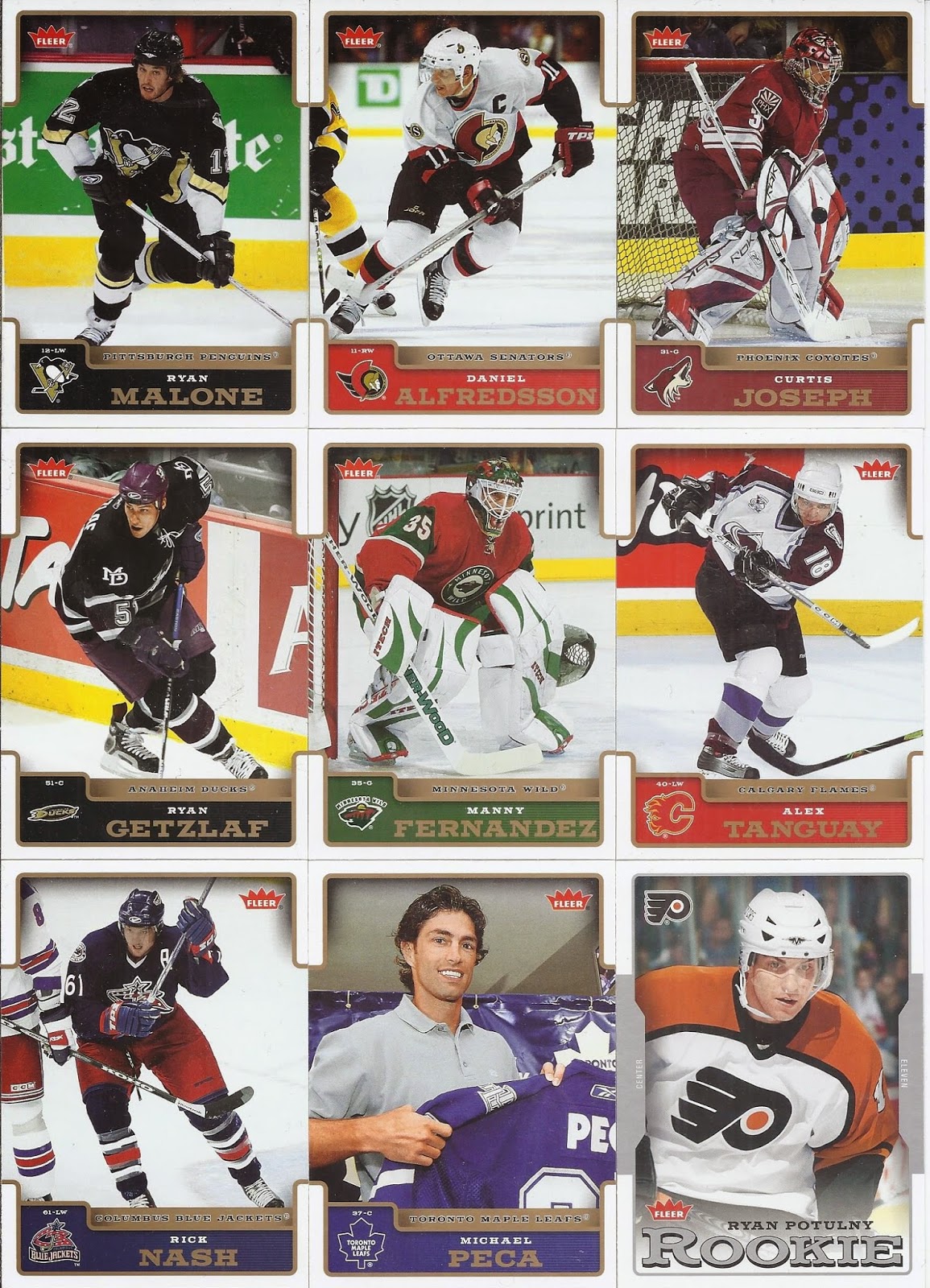 Here you have the 9 base cards in the pack. A new Alfie? Yes, this one is definitely going to go to the cards as opposed to the cube. Also, two more mask binder cards, and a rookie card for an obscure player. Ryan has spent most of his career in the AHL, but has sniffed the bigs with Edmonton, Chicago and Ottawa in addition to the Flyers. He's still active as well in the Rangers system. Interesting card. 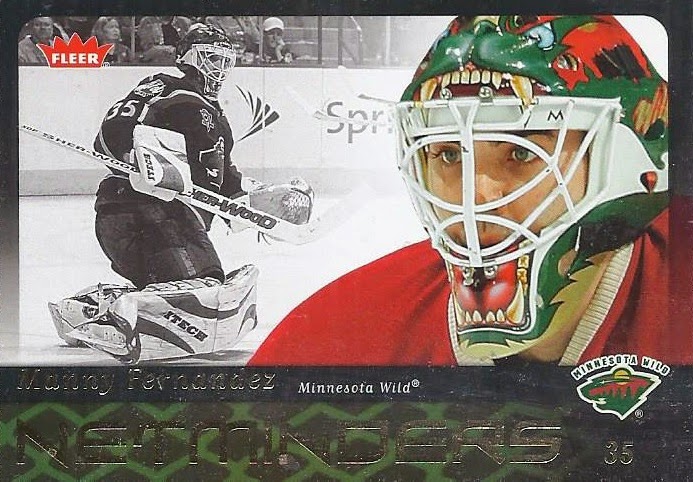 And the final card is a mask binder insert.

Good stuff for a couple bucks.
Posted by buckstorecards at 14:54